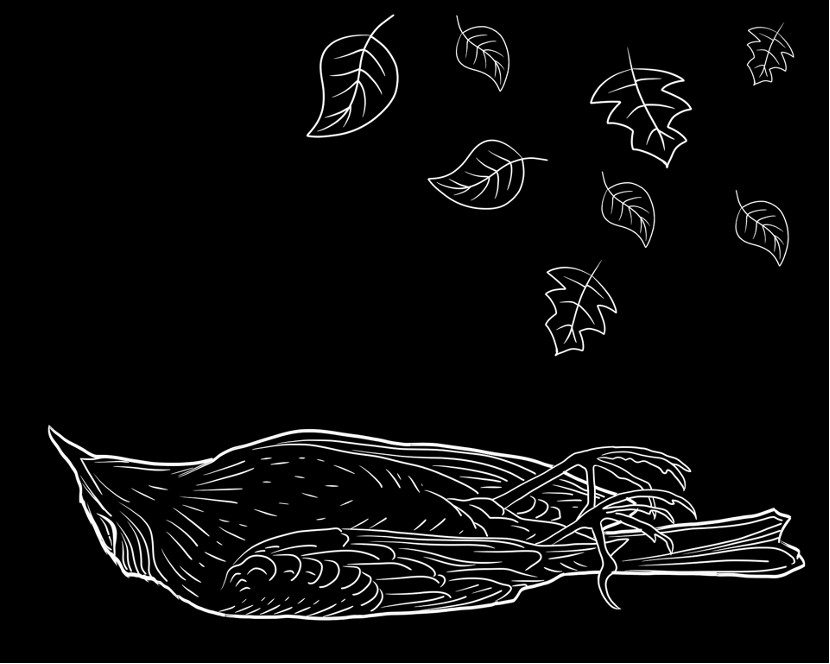 Over the past month there has been a lot of buzz about birds, but perhaps the most shocking news, was the story about “hundreds of thousands of birds, possibly millions” having fallen from the sky to their death. This story was picked up by local and major news sources, but with all of the distractions, it didn’t get a lot of traction across social media platforms. I suspect that’s going to change in the weeks to come, because there are some strange anomalies with this, and I want to get out in front of this story before it grows wings.

On September 12, the Farmington Daily Times reported that 300 dead migratory birds were being examined by biologists from White Sands Missile Range in New Mexico and New Mexico State University at Knox Hall on the university’s campus. In other reports, it was clarified that the large number of birds found dead at White Sands Missile Range and White Sands National Monument happened on August 20th. This was thought to be an “isolated incident” according to Martha Desmond, a professor at NMSU’s Department of Fish, Wildlife and Conservation Ecology. That said, prior to this report, there were no reports about the birds at White Sands and the only photos show a handful of deceased birds that are said to have been collected from White Sands and other sites in Dona Ana County, New Mexico.

Desmond was joined by two NMSU graduate students and Trish Cutler, a wildlife biologist at WSMR to evaluate the carcasses. Desmond said that residents were finding birds behaving strangely and gathering in large groups before dying. Whereas the biologists suspect the wildfires and dry conditions in New Mexico may be playing a role and pushing the birds out before they were ready to migrate, Desmond made certain to allege that “climate change is affecting the abundance of insects, it’s affecting the volatility of the fires, and the scary thing is this may be an indication of the future.” There is no mention of crops and agriculture that have been vastly affected by pesticides over the years, or chemicals being pumped into the atmosphere, or all of the frequencies potentially throwing them off from decades of telecommunication waves flooding the skies, and they fail to mention that many of the “wildfires” were started by arsonists. With all of the hybrid plant life and GMO-packed foods, one wonders how much of that may impact insects and birds as well?

“It is terribly frightening. We’ve never seen anything like this. …We’re losing probably hundreds of thousands, if not millions, of migratory birds.” Haven’t they? How did she arrive at this number, when the report only indicates 300 birds, with no prior reports, and no video footage to point to anywhere near these numbers? Desmond also made it clear that “over 3 billion birds have died since 1970.” Is this true? Are they all dying from “climate change?”

According to the Audubon, up to 1 billion birds die each year from window collisions alone. You know all of those high-rise hotel chains, condos, and business buildings owned by “climate change” activists such as Bill Gates and Michael Bloomberg? Thousands of migrating birds have fallen to their deaths by flying into their windows. In fact, just this month, nearly 1500 birds fell to their death after crashing into skyscrapers in Philadelphia. Cats feast on 100 million birds annually, and roughly 7 million birds die each year from running into TV and radio towers in North America. In a 2005 report on the government’s U.S. Fish and Wildlife Service site, they estimated that 500 million to possibly over 1 billion birds are killed annually in the United States due to “collisions with human-made structures such as vehicles, buildings and windows, power lines, communication towers, and wind turbines; electrocutions; oil spills and other contaminants; pesticides; cat predation; and commercial fishing by-catch.” The climate change activists pushing for wind turbines can take responsibility for over 573,000 birds who die annually from the 58,000 wind turbines across the US. These are all manmade issues that have tragically taken billions of birds lives over the years. Shhh, “it’s climate change.”

It turns out that while the billionaires are screaming “climate change! Green New Deal! Birds and insects are dying everywhere!” their buildings, hotels, wind turbines, pesticides, and communication towers have actually played a huge role in the death of birds, which is par for the course with their common projection tactics. According to one report, pesticides alone are responsibly for 400,000 insect species facing extinction.

Perhaps Desmond isn’t yet caught up on the death rate of birds since 1970, as her 3 billion number falls short by billions and billions of birds. In fact, the estimated mortality rate of birds during migration in the mainland United States is 35%. It is true that bird and insect populations have declined dramatically over the past decade, but the biggest cause seems to be the destruction of natural habitats and human greed, which is a far cry from “climate change.” After all, they have to point to a source for their destruction, while they get richer by the year, and they want humanity to feel that they are at fault and need to make changes to rectify it. “Though the fires and extreme weather events are influenced by human-induced climate change, it is unlikely that the wildfires alone caused the death of thousands of birds in New Mexico,” said Jenna McCullough, a 3rd year PhD student at the University of New Mexico who has been analyzing some of the birds.

What Happened the Day After This Story Broke?

On September 13, KOB4 covered the story, again repeating “hundreds of thousands of birds” and capping it off with “this phenomenon is not normal.” In a short video, they explained how it could be related to the fires in the west as well as the drought conditions.  They also created a website called iNaturalist, requesting that if people come across any dead birds, to bag the birds and store them in a freezer, while adding info to their website so they can document all of the locations where birds are being found dead. To date, there have only been 1036 observations made, some of which appear to be cat slaughter. They have expanded their search outside of New Mexico, so that number includes dead birds found in Utah, Oregon, Washington, Wyoming, Montana, Idaho, Nevada, California, Arizona, Colorado, Texas, and areas of Mexico. Of course, many of those states have been in the path of the fires, and it is migration season. After reviewing numerous reports, it’s unclear as to why they expanded their search to so many states, when the reports coming in were all in New Mexico, with exception of a small number in Colorado. Perhaps an attempt to beef up the numbers or create a citizen on-the-ground involvement to produce a spread of information and fear mongering stories?

Allison Salas, a Black Lives Matter supporter, and one of the women involved in creating the iNaturalist project to track the bird deaths, refers to the incidents as a “climate crisis” in her tweets. But, The Guardian report quotes Salas saying “It could be something completely unknown to us. The fact that we’re finding hundreds of these birds dying, just kind of falling out of the sky is extremely alarming … The volume of carcasses that we have found has literally given me chills.” If not the fires or “climate change” what might she be referring to?

That same day, Austin Fisher, a journalist who pronouns himself as he/him, happened to be on a hike in Velarde, New Mexico, and captured video footage of a few hundred birds who were lying dead. His story was immediately picked up by CNN, the NYT, Yahoo News, and numerous others, with headlines stating that “hundreds of thousands of migratory birds have been found dead.” Not long after this went viral, Fisher set his twitter to “protected tweets.”

Over the course of the next couple days, the story came out of The Guardian, Daily Mail, NY Daily News, Ecowatch, Wired, Popular Mechanics, Business Insider, Yale.edu, climate change publications, and a mass of other local and alternative news sources. One of the first ones to cover the story from a larger news source, was CNN writer Alaa Elassar, who has also written for Storyful, has been retweeted by Barack Obama, has given a speech at TedX on a “new American dream” that focuses on her hardships of being mistreated here, and has published several stories on Michelle and Barack Obama.

We now have reports of 300 at White Sands Missile Range, 300 found by Fisher in Velarde, a few dozen in Colorado, roughly 1000 on the website they created, and we’ll throw in another 1000 just for good measure. This simply isn’t adding up to “hundreds of thousands, maybe even millions, and we are looking at the higher end of that,” as Desmond stated. Curious.

On September 13, Desmond said that they are sending the specimens to be analyzed by the U.S. Fish and Wildlife Service forensics lab in Oregon and the National Wildlife Health Center in Wisconsin, which could take several weeks. There are no recent reports on the autopsies performed, so a breaking story could be right around the corner. Will it be fires, climate change, or some new flu they discovered? Despite no video or photo evidence beyond a couple hundred birds, everyone is to believe there have been hundreds of thousands, if not millions of birds falling from the sky to their death, and that this is all a strange phenomenon. 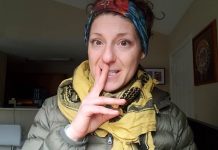