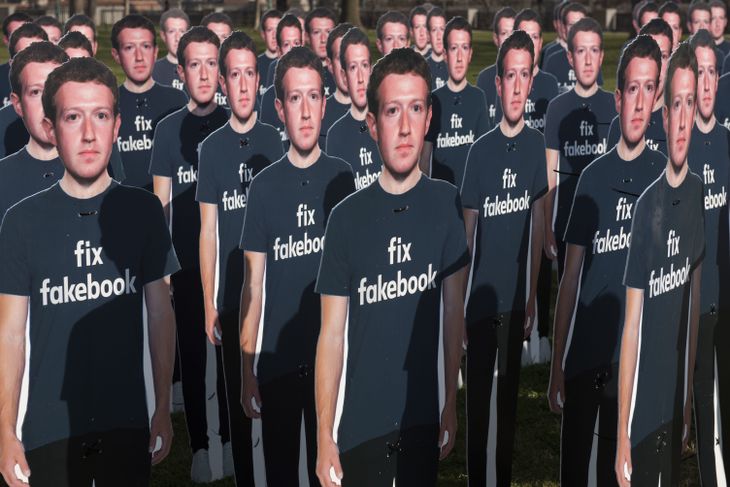 In my 2019 book, The Social Media Upheaval, I warned that the Big Tech companies — especially social media giants like Facebook and Twitter — had grown into powerful monopolists, who were using their power over the national conversation to not only sell ads, but also to promote a political agenda. That was pretty obvious last year, but it was even more obvious last week, when Facebook and Twitter tried to black out the New York Post’s blockbuster report about emails found on a laptop abandoned by Democratic presidential candidate Joe Biden’s son Hunter.

The emails, some of which have been confirmed as genuine with their recipients, show substantial evidence that Hunter Biden used his position as Vice President Joe Biden’s son to extract substantial payments from “clients” in other countries. There are also photos of Hunter with a crack pipe, and engaging in various other unsavory activities. And they demolished the elder Biden’s claim that he never discussed business with his son.

But the way you debate whether a story is accurate or not is by debating. (In the case of the Rather memos, it turned out the font was from Microsoft Word, which of course didn’t exist back during the Vietnam War era.) Big Tech could have tried an approach that fostered such a debate. But instead of debate, they went for a blackout: Both services actually blocked links to the New York Post story. That’s right: They blocked readers from discussing a major news story by a major paper, one so old that it was founded by none other than Alexander Hamilton.

I wasn’t advising them — they tend not to ask me for my opinion — but I would have advised against such a blackout. There’s a longstanding Internet term called “the Streisand effect,” going back to when Barbara Streisand demanded that people stop sharing pictures of her beach house. Unsurprisingly, the result was a massive increase in the number of people posting pictures of her beach house. The Big Tech Blackout produced the same result: Now even people who didn’t care so much about Hunter Biden’s racket nonetheless became angry, and started talking about the story.

As lefty journalist Glenn Greenwald wrote in The Intercept, Twitter and Facebook crossed a line far more dangerous than what they censored. Greenwald writes: “Just two hours after the story was online, Facebook intervened. The company dispatched a life-long Democratic Party operative who now works for Facebook — Andy Stone, previously a communications operative for Democratic Sen. Barbara Boxer and the Democratic Congressional Campaign Committee, among other D.C. Democratic jobs — to announce that Facebook was ‘reducing [the article’s] distribution on our platform’: in other words, tinkering with its own algorithms to suppress the ability of users to discuss or share the news article. The long-time Democratic Party official did not try to hide his contempt for the article, beginning his censorship announcement by snidely noting: ‘I will intentionally not link to the New York Post.’”

🚨🚨 Editor’s Note: It’s time for conservatives to stand together and fight big-tech censorship. Join PJ Media VIP and use the promo code CENSORSHIP for 25% off your VIP membership. 🚨🚨

“Twitter’s suppression efforts went far beyond Facebook’s. They banned entirely all users’ ability to share the Post article — not just on their public timeline but even using the platform’s private Direct Messaging feature.”

“Early in the day, users who attempted to link to the New York Post story either publicly or privately received a cryptic message rejecting the attempt as an ‘error.’ Later in the afternoon, Twitter changed the message, advising users that they could not post that link because the company judged its contents to be ‘potentially harmful.’ Even more astonishing still, Twitter locked the account of the New York Post, banning the paper from posting any content all day and, evidently, into Thursday morning.” 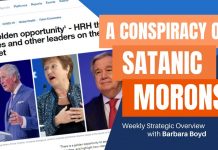