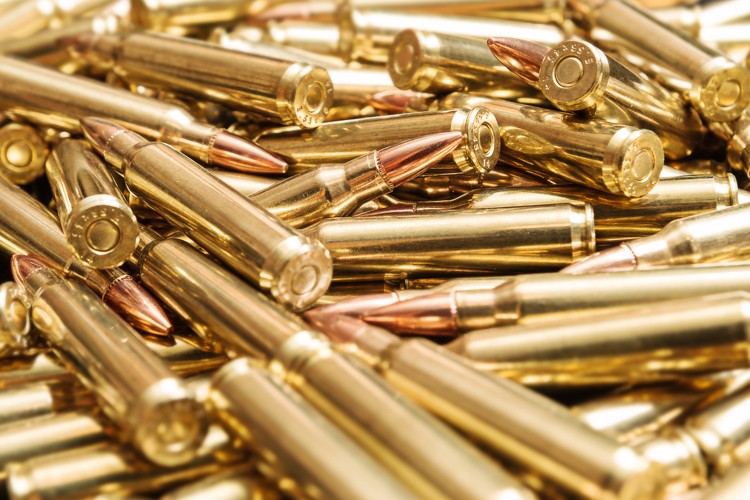 Ammunition manufacturers in the United States are struggling mightily to keep up with increased demand. The National Rifle Association’s news outlet, Shooting Illustrated, reports that the “current ammunition shortage may continue at least until 2021 — perhaps longer.”

Uncertain times in 2020 have driven an increased desire to own guns and, hence, the ammunition needed for those weapons. Increased gun and ammunition sales were initially fueled by uncertainty surrounding the COVID-19 pandemic and the government imposed lockdowns that began in March. The ongoing civil unrest precipitated by the death of Minneapolis criminal George Floyd in police custody in May only exacerbated the situation.

One Scottsdale, Arizona, based ammunition manufacturer, Ammo Incorporated, is currently facing an $80.1 million backlog in orders despite working around the clock.

“We just bought $2.8 million dollars worth of machinery and equipment last week to increase our production and increase our volume,” Wagenhals said.

Other manufacturers have noted similar increases in sales of ammunition.

Gun and ammunition maker SIG Sauer reports a situation similar to Ammo Incorporated. “Our team continues to literally around the clock to make ammunition in our Jacksonville facility,” said the company’s chief marketing officer Tom Taylor. “The demand, especially for 9mm and 5.56 NATO calibers is in unprecedented waters, as with all of our defensive rounds. I’m sure it’s frustrating for our customers looking for SIG Sauer products and from all ammunition manufacturers…. We just can’t make enough at the moment to keep up.”

“Ammunition continues to fly off the shelves,” said Ryan Repp of Brownells, an all-purpose firearms dealer. “Customers can still find 9mm and 5.56 ammo from time to time, but it goes out just about as quickly as we receive it. It’s not uncommon for us to sell out of common calibers within minutes to hours once it’s live on Brownells.com.”

The National Shooting Sports Foundation reports that gun sales are up 95 percent in the first half of 2020 compared to the same time frame in 2019. Ammunition sales have skyrocketed even more, up an astounding 139 percent over 2019.

Besides COVID-19 and the rioting, Wagenhals noted another reason for the increase in guns and ammunition sales.

“The start was the pandemic that was going on. But there was always that fear of the election. Of who’s going to be elected of the next President of the United States,” Wagenhals noted.

In addition to COVID-19 and civil unrest in America, the presidential election is also driving the increased demand for guns and ammunition. Average American gun owners have fears that a win by Democrat Joe Biden and his running mate, Kamala Harris, may lead to the banning of so-called assault weapons and might even lead to gun confiscation in the future.

Democrats are touting the Harris-Biden team as the “strongest gun safety ticket in history,” further fueling concern that such a presidency would further erode Second Amendment-guaranteed rights.

On the other hand, the National Rifle Association has referred to Biden and Harris as the “most anti-gun presidential ticket in history.”

During the Democrat debate season, VP nominee Harris made her contempt for gun owners very clear, and even promised executive action on gun control should she ever become president.

“As president, I will take executive action to: Revoke the licenses of gun manufacturers and dealers that break the law. Require anyone who sells more than 5 guns/yr to run a background on all gun sales. Ban the importation of AR-15-style assault weapons,” Harris said on Twitter.