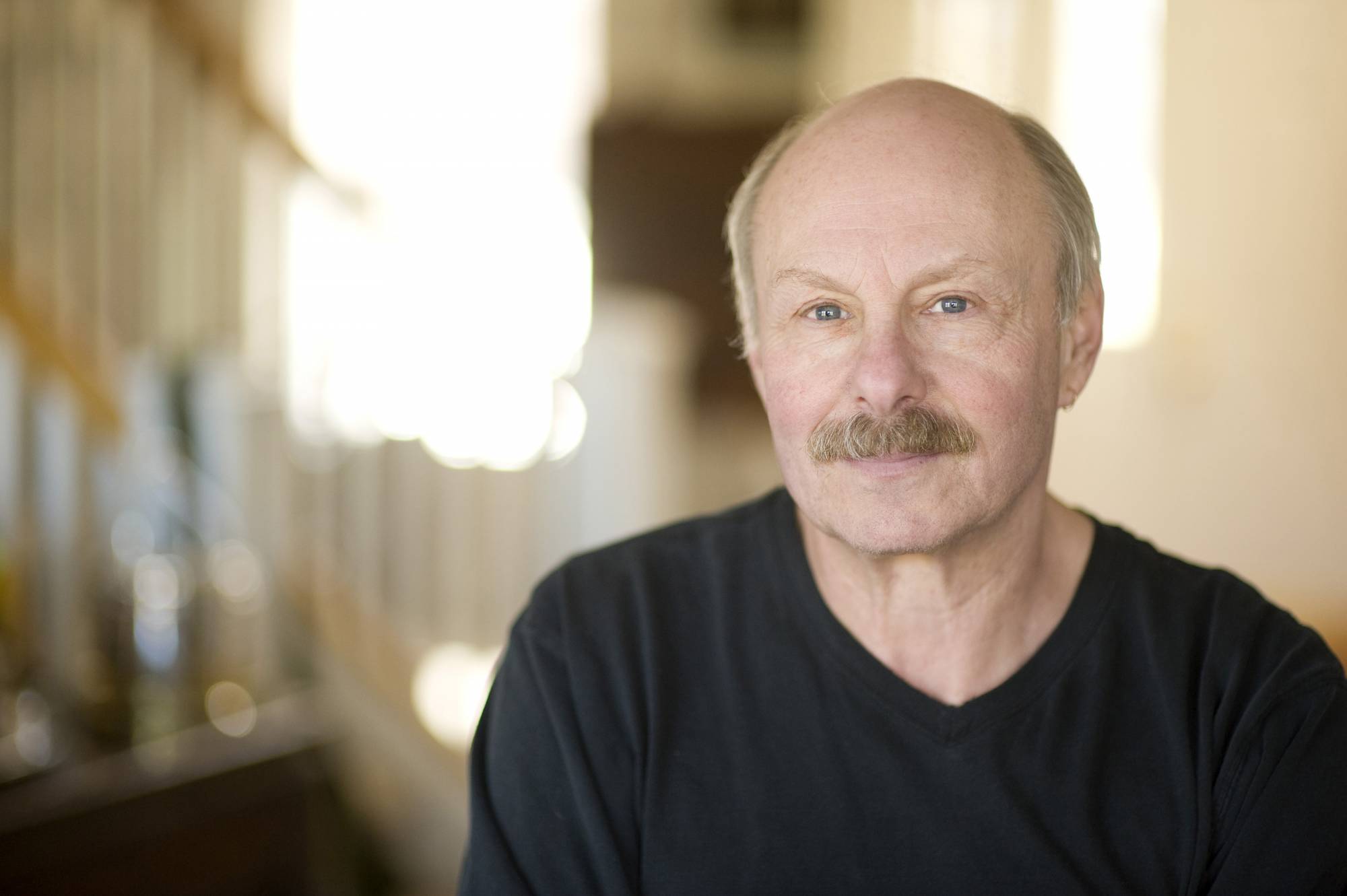 ” … what is really going on, what’s sort of behind the insanity of this, is the very strange and mysterious collapse of the intellectual class in America. … you’ve got a class of people in the media and academia, highly educated people, the permanent bureaucracy in the government who now believe in crazy things and are proposing dangerous things and seem to have just completely lost it.”

If you like his work, please consider supporting him on Patreon.

Author and commentator James Howard Kunstler returns as our podcast guest this week for an update on where we are in The Long Emergency timeline.

In this wide-raging discussion ranging from the pervasiveness of propaganda in today’s media to the risk of nuclear war, Kunstler also re-news his warnings of a current secular economic slowdown.

After too many years of market interventions, magical thinking, racketeering, and bleeding the 99% dry, he warns that our culture and economic system will soon reach a snapping point:

The important story is what happens in the financial sector and how it effects the economy in the next twelve to eighteen months. As we know, the financial system is the most abstract and fragile of all the systems that we depend on because the other systems can’t run without it. The trucks won’t make the food deliveries to the supermarkets unless the finance system works. The gasoline won’t get to the pumps at the stations.

Nothing’s going to move if the financial system cracks up. People no longer trust each other to transact, to get paid. And so they stop transacting.

We’re talking about a falling standard of living and getting used to an economy of “less”. It sounds kind of Ebenezer Scrooge-ish to suggest that people may have to do with less rather than more, because more has always been the expectation in our lifetime. But that’s probably a fact. And as I’ve said more than once, reality has mandates of its own. Circumstances are going to inform us about how this economy is emerging and where we need to go with it. And we can either pay attention or just sit there with our fingers in our ears.

What we’re talking about here is the armature of our culture and economy that people hang their lives on. And that armature is crumbling. There are fewer things that people can hang a life on in a meaningful way, or a way that even ensures that they can have a little bit of security looking into even a short-term future.

For example, I had a day yesterday that felt like national Murphy’s Law Day. I got a screw in a tire. The screw was in a place where, under New York State law, they’re not allowed to fix the tire if the screw is near the outside of tread. So I had to buy a brand-new tire. And then I was going to take the trash to the dump in my old pickup truck, which I keep around for that purpose. But the battery was dead. So I had to go down to the auto parts store and buy a new battery, and bring it home and put it in.

Now, I’m among the lucky people in this land who can actually buy a new tire and buy a car battery. But probably some enormous percentage of the population, like 78% or 84% — I’m not quite sure what it is — they don’t have enough money to buy a new car battery if their car dies on some god forsaken freeway shoulder 38 miles from home. Imagine how crazy-making that is. I can easily, because I was a truly starving bohemia until well into my 40s, struggling just to pay the light bill while writing book after book. So I know what it’s like to live day after day in that kind of financial anxiety.

I imagine that the financial anxiety out there right now is just so extreme that there’s a whole mass of people who are being pushed to the limits of their sanity.

Click the play button below to listen to Chris’ interview with James Howard Kunstler (57m:11s).

Chris: Welcome everyone to this Peak Prosperity podcast. I am your host, Chris Martenson. And it is March 7, 2108. We are now half way through the twenty-year period of strange adjustment I set forth as being critical all the way back in 2008. Now, what’s the next ten years going to hold? Hm. Well, if recent events are any indication, things will go faster and faster as the quickening sets upon us, and events will become harder and harder for the average person to interpret let alone integrate. Who better help to orient us to this rapidly deforming landscape then a regular guest and my personal friend, James Howard Kunstler.

Jim, of course, is well know author and social critic who hardly needs and introduction to me audience. His best-known works include The Long Emergency, in which he argued that declining oil production will result in the reversal of modern industrialized society and compel Americans, at some point, to return to smaller scale, localized, semi-agrarian communities. He also wrote the book series that began with World Made by Handand sequel, The Witch of Hebron, A History of the Future, and most recently, The Harrows of Spring which uses fiction to really entertainingly transport us into what the future of less might look and feel like. Welcome, Jim, it’s so good to have you back.

Jim Kunstler: It’s a pleas to be here, Chris, and you make me blush.

Chris: [Laughter] We’ll get into that too, I guess. Hey, you know, so at kunstler.com you now write posts twice a week, and recently you had a few pieces on your blog, the most current of which is title Light it Up. And in there, it opened with this line, “It must be hard on The New York Times editors to set their hair on fire day after day in their effort to start World War III. Today’s lead story, Russian Threat on Two Fronts, Needs Strategic Void in the US, aims to keep ramping up twin hysterias over a new missile gap and fear of Russian meddling in the upcoming 2018 mid-term elections”.

All right, Jim, two things I want to ask you about this. First, the nearly hysterical attempts, and I didn’t mean that in a funny way. I shouldn’t have laughed right then. The nearly hysterical attempts by the mainstream media to ignite a war with Russia. And second, people’s reactions to your pointing this out – I will note for everybody listening – this is kind of risky area for both Jim and myself to be discussing because we might as well be saying that we think the whole Communist under every bed narrative is overdone at the heights of McCarthyism. That’s how it feels to me, right. Never the less, let’s begin with the war on Russia, Jim, which is being actively promoted by the largest media interests being somehow in our collective best interest. War with Russia feels wildly dangerous to me, and it the prime reason I rejected Hillary Clinton as a candidate in 2016. She openly advocated for immediate war with Russia which I, I think for very good reasons, considered and still consider both unnecessary and insanely dangerous. Tell us what’s going on here in your mind?

Jim Kunstler: I think what is really going on, what’s sort of behind the insanity of this, is the very strange and mysterious collapse of the intellectual class in America. Now, you’ve got a class of people in the media and academia, highly educated people, the permanent bureaucracy in the government who now believe in crazy things and are proposing dangerous things and seem to have just completely lost it. It does demonstrate something about the madness of crowds. Some things, in a way, are beyond the rational reach of analysis. You know, you’re just in kind of unchartered territory of group herd emotion whether it’s wildebeests or lemmings or people on the upper east side of Manhattan setting their hair on fire.

I think the real question you have to ask is what happens to a society when the thinking class can’t think anymore? To me, that’s the most dangerous thing. And the mendacity they are showing is amazing. The New York Times did another amazing thing about ten days ago. They published a lead editorial by David Leonard, and the headline of the editorial was an interrogatory which went as follows: Still Don’t Believe in Russian Meddling? Okay. Now, the curious thing was this was the only editorial on the op-ed page that day that didn’t have a comment section. Okay. So they pose the interrogatory, and then they really don’t want to hear any answers about it. Because I would have been happy to write in and say, no, I’m among the 1,416 people who actually think this is an overblown farrago.