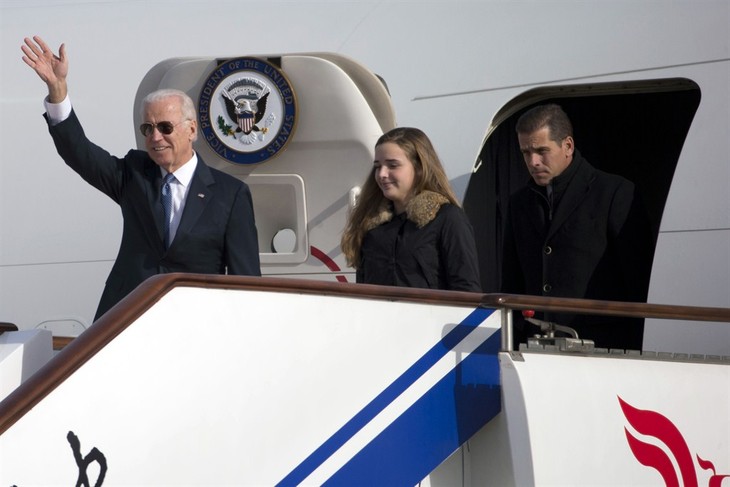 In 2016, Donald Trump notoriously warned Americans about the rise of China and the threat that it poses to America. Beijing’s malfeasance in the Wuhan coronavirus pandemic vindicated Trump’s fears and drew renewed attention to the Chinese Communist Party. Yet when Joe Biden was Barack Obama’s vice president, his son Hunter made lucrative business deals that bolstered China — often at America’s expense.

Hunter’s companies “invested in things that purposefully hurt America’s interests around the world,” M.A. Taylor, director of the new documentary RIDING THE DRAGON: The Bidens’ Chinese Secrets, told PJ Media. “He chose to invest in things that will kill American troops, that will transfer sensitive technology to the Chinese military.

“Americans are going to suffer directly because of the actions of Hunter Biden and by extension Joe Biden, and they already have,” Taylor added.

The story traces back to 2013, when Joe Biden arrived in Beijing, bringing his son with him. After the trip, China finalized a $1 billion business deal with Hunter’s new company, Bohai Harvest. The Chinese government provided the money.

The firm enjoyed “an unusual and special status in China, operating through the free Shanghai zone,” Peter Schweizer, president at the Government Accountability Institute and author of Secret Empires: How the American Political Class Hides Corruption and Enriches Family and Friends, explains in the documentary.

“The son of the vice president of the United States… got a deal in the People’s Republic of China that no one else had, and he got that deal after Joe Biden was appointed the point person on China.”

“In 2015, Hunter Biden’s Bohai Harvest joined forces with Chinese military contractor AVIC to buy American parts manufacturer Henniges,” Schweizer explains in the documentary. Henniges produces dual-use technology, which can be used for commercial and military purposes. The deal required Obama administration approval, and the Obama administration did approve it.

AVIC, a company notorious for stealing U.S. military technology, bought 51 percent of Henniges while Bohai Harvest bought the other 49 percent.

“Hunter’s firm, Bohai Harvest, also invested in military surveillance technology that the Chinese government would use to monitor and control the population in their own country,” Schweizer says.

The company, FACE++, developed technology the Chinese Communist Party used to identify potential terrorists, which helped result in the detention of over 1 million Uyghur Muslims in Xinjiang.

Over the past few decades, China has dominated the global production of rare earth minerals, which are vital for consumer products, military technology, and the “green” technologies climate activists insist everyone must transition to yesterday in order to save the planet. Hunter Biden also helped China dominate this vital market.

Hunter Biden’s firm, Bohai Harvest, “helped China in its competition with the United States over so-called rare earth minerals,” Schweizer explains in the video. “A Chinese government-run firm called China Molybdenum produces rare earth minerals around the world, competing with Western firms for mining access.” China Molybdenum has even bragged about the military applications of its work.

In 2017, Bohai Harvest teamed up with China Molybdenum to acquire more than half of Congo’s Tenke copper mine, one of the largest copper mines in the world.

“While the Obama administration was competing with China in the race for rare-earth minerals, Hunter Biden and his firm were actually helping Beijing win that race,” Schweizer says.

“In December 2014, Hunter’s firm became an anchor investor in a company called China General Nuclear (CGN),” Schweizer continues. CGN was wholly owned by the Chinese government, but it sold a minority stake to Bohai Harvest. At the time, CGN was under FBI investigation for stealing U.S. nuclear secrets.

“China has been trying to steal American nuclear secrets for a long time,” Schweizer notes. By “partnering with the son of the U.S. vice president,” it seems the country was “trying to buy them, too.”

No, Silly Libs, Trump Isn’t Hitler. But This Tyrant Just Might Be a Modern Version of the Nazi…

First Amendment Rights Being Eroded by Technocrats: Director of Citizens for Free Speech