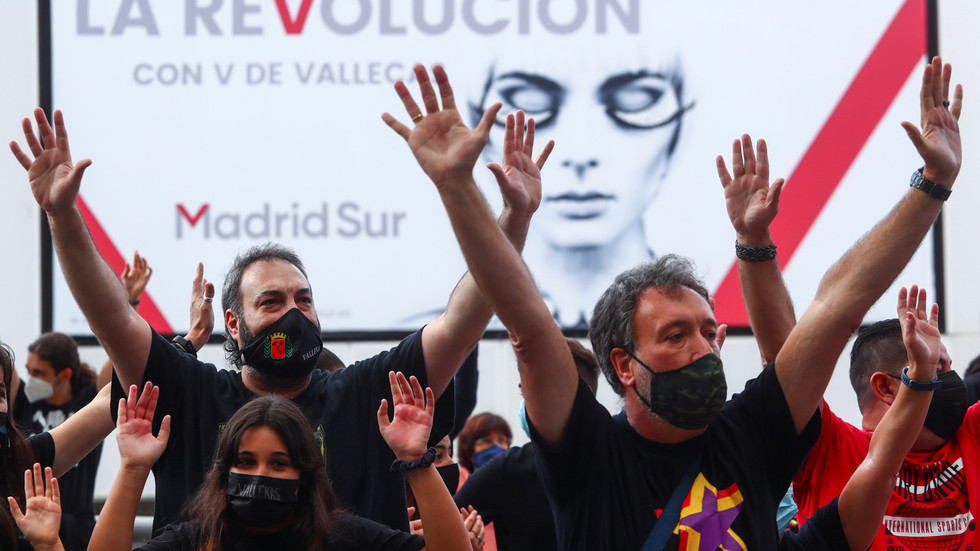 Anti-lockdown protests and violence continued over the weekend in Madrid, as clashes between citizens and police grew increasingly violent. Video shared to social media showcases the increasing violence.

Last week, Madrid city council announced new restrictions for over one million of the city’s inhabitants, introducing localized restrictions on movement amid a surge in new cases of coronavirus.

Dozens of residents were involved in violent clashes with police last week, in what local media dubbed a riot. Eyewitness footage from the scene shows the ferocity of the police response in quelling the disturbances.

In one clip shared to social media, a police officer in riot gear was filmed headbutting a detainee.

Many claim working class and migrant neighborhoods are being stigmatized by the new restrictions as many residents are manual laborers who use public transport to commute to work, in what authorities consider another major viral infection vector.

Over one million people are subject to the new localized lockdown restrictions and may only leave their homes for work, medical or educational purposes and only if they carry supporting documents showing they have the necessary permission.