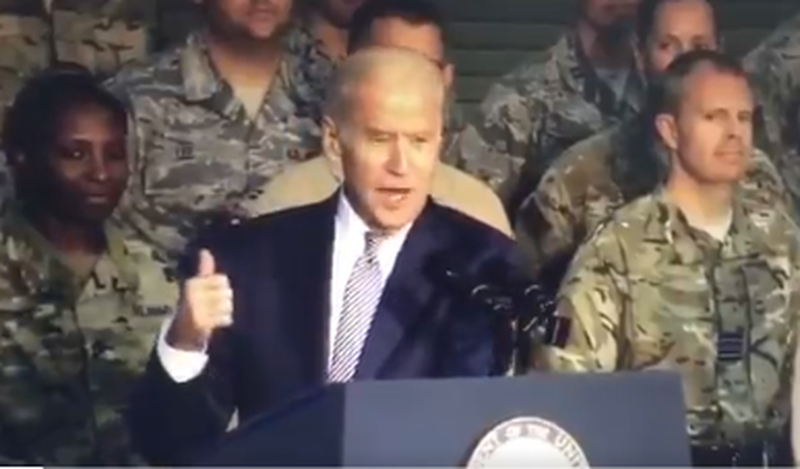 In 2016, Joe Biden called US troops stationed in Southeast Asia “stupid bastards” and a “dull bunch” – and we don’t need to trust anonymous sources in the Atlantic to believe it, since he said it on a recently resurfaced recording.

“I have incredibly good judgment,” says Biden. “One, I married Jill, and two, I appointed Johnson to the academy. I just want you to know that.”

When nobody reacts, Biden adds “Clap for that, you stupid bastards.”

He then calls the soldiers a “dull bunch,” adding “It must be slow here, man.”

Wow. Democrat Presidential candidate Joe Biden called our troops “stupid bastards” in 2016. How did this video stay hidden for so long? There’s only one stupid bastard in this clip and it’s definitely not any of our troops… pic.twitter.com/YZ99utMx30

The video, posted in 2017, is from an appearance in front of the 380th Air Expeditionary Wing on March 7, 2016 – and comes weeks after President Trump was accused of calling troops “losers” and “suckers.”

The account has been refuted by at least 21 sources – but that didn’t stop Biden from turning it into a campaign ad.