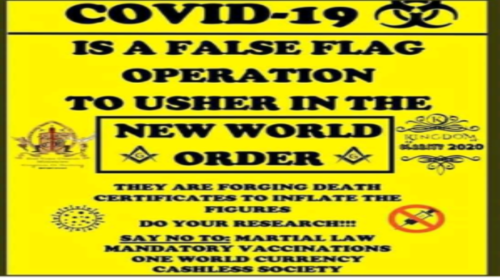 With a ‘DOE insider’ recently warning of a sinister plan to force vaccinations upon Americans, several new stories out across the internet hint at just how close that ‘sinister jab’ might be with USA Today recently reporting that while we don’t know EXACTLY when a vaccine will be ‘released’, an incredibly complex distribution supply chain will follow it’s ‘approval’ and then the clincher: ‘the devil is in the details’.

While both President Trump and ‘big pharma investors’ are betting everything on a fast-tracked coronavirus vaccine, as Mike Adams reports in this new story over at Natural News, doing so could be unleashing a ‘medical time bomb’ upon America, especially with one leading immunologist having warned a successful vaccine may NEVER be developed due to “trying to immunize against coronavirus was like trying to immunize against the common cold – difficult to impossible”.

And while the USA Today story also reported that those getting the vaccine will be given a ‘certificate’ proving that they had gotten it, hinting at what might be ahead for those who haven’t gotten ‘the jab’, as this 2nd USA Today story reports, while vaccines will at first be in very short supply, it also reported that “by Phase 4, when there would be ample vaccine, it should be available to everyone in the United States who didn’t get vaccinated in the earlier phases.”

Yet with 10’s of millions of Americans sure to ‘resist’ any such vaccine, especially should they try to force it upon ‘the masses’, ANP has to ask, why an official document from the World Bank lists their ‘Covid-19 program’ as ending in March of 2025? Coincidentally (or not!), that ‘end date’ is not only more than 4 years from the writing of this story but firmly within the 2025 ‘end game date’ of Deagel’s forecast depopulation of America.

We have embedded that full World Bank ‘Covid-19’ document for you to check out yourself at the bottom of this story and as this story over at National File points out, while the program was launched in April of 2020, how do they know that ‘this beast’ will be going on until 2025? More evidence that this ‘pandemic’ was ‘designed’ with a ‘political purpose’? The fact that numerous Western nations, including Australia, are now treating those merely promoting ‘anti-lockdown protests’ like hardened terrorists hints that so much more is going on behind the scenes of this ‘outbreak’ than politicians are letting us know.

Police in Victoria, Australia, smashed the door down of a man’s home and arrested him for allegedly promoting anti-lockdown events online.

James Bartolo, formerly a soldier in the Australian Army, filmed police arriving at his home in Melbourne, breaking down his door with a battering ram and arresting him on the morning of Sept. 3.

Like Zoe Buhler, the pregnant mother arrested at home by Victoria Police officers earlier this week, Bartolo was arrested for ‘incitement’ after publicizing an anti-lockdown protest this coming weekend.

A police statement said the arrest occurred “following an ongoing investigation into the organization and encouragement of protest activity in the CBD this Saturday”.

And while ‘protests’ have long been basically ‘legal’ in Australia, the sudden urgency with which authorities are ‘cracking down’ upon those who are leading them there hints of what might be coming to America should government attempt to ‘mandate’ an unsafe Covid-19 vaccine for ALL Americans, especially with US Surgeon General Jerome Adams recently urging US states be prepared to distribute one to the public by November 1st. 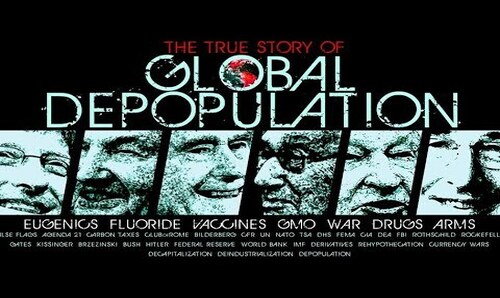 So are you ready for your unsafe Covid-19 jab in less than two months? Us neither. Especially with the very real chance that this ‘beast’ was deliberately released upon the public as we hear in the 1st video at the bottom of this story from reporter Ben Swann titled “EXCLUSIVE: Covid Vaccine Patent Warned of “Deliberate Coronavirus Release” 9 Month’s Before COVID-19.”

As Swann warns within the video, “newly unearthed documents from Moderna Pharmaceuticals Covid patent application include a claim of concern about a ‘deliberate release of SARS coronavirus’ 9 months before the official emergence of Covid-19”.

Reporting also that, it turns out that ‘big pharma’ Moderna may not have the legal right to even release its vaccine in the next few weeks because the company appears to be infringing on an existing patent for the core technology, Swann asks: Is this why Moderna’s executives are selling their stock? From Mike Adams story which also looks at the ‘business end’ of a Covid-19 vaccine before we continue.:

The euphoria of today’s Wall Street investors is based primarily on two things: 1) Continued Fed money printing, and 2) Expectations that a coronavirus vaccine will arrive in November and magically end the pandemic.

At the same time, President Trump is also aggressively pushing a coronavirus vaccine to be released before Election Day, hoping that some significant portion of the country’s population will happily allow themselves to be injected with an experimental, fast-tracked medical intervention just two days before the election. (See VaccineWars.com for more coverage of the ongoing vaccine wars in America.)

In fact, CDC director Robert Redfield recently sent a letter to all 50 states, urging them to fast-track state licensing and distribution requirements for rapid deployment of a coronavirus vaccine. As The Epoch Times reports:

“CDC urgently requests your assistance in expediting applications for these distribution facilities,” he wrote, adding, “and, if necessary, asks that you consider waiving requirements that would prevent these facilities from becoming fully operational by November 1, 2020.”

So we have a fast-tracked vaccine that’s skipping phase 3 trials, meaning there are zero long-term studies being conducted on vaccine safety or efficacy. And then we have a federal agency pressuring states to waive their own requirements for licensing, which amounts to yet more government pressure to eliminate state-level scrutiny of vaccine efficacy and safety. The result? America is being put on the fast track to a public health train wreck that will be blamed on — guess who? — President Trump.

There is also a very real risk that the entire vaccine industry will be utterly discredited in the aftermath of a looming fast-tracked vaccine disaster. This fact is affirmed by none other than the CEO of Pfizer, a major vaccine manufacturer, who now warns that skipping the safety trials could end in catastrophe. As reported by NewsTarget.com:

Albert Bourla, chairman and chief executive officer of Pfizer has warned of the damage that pushing a vaccine before testing its guaranteed to be safe may cause the reputation of the pharmaceutical industry.

Bourla acknowledged that people were skeptical about vaccines. “They are skeptical because there’s so much politicized science right now,” he said in a press conference of the International Federation of Pharmaceutical Manufacturers and Associations. “This is the worst situation for society.”

(ANP Fundraiser: If you like stories like this, please consider donating to ANP to help keep us in this ‘Info-war’ for America at this most critical time in US history as we approach the 2020 election during a time of systematic ‘big tech’ censorship and widespread Democrat corruption). 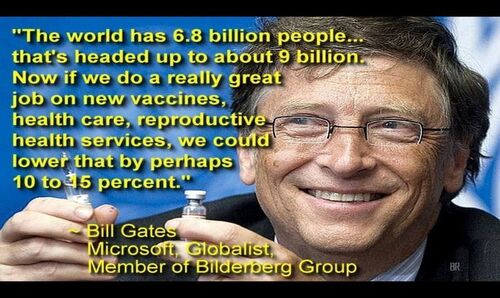 Yet with any ‘magic end to this pandemic’ utterly impossible if it was ‘unleashed’ upon America with a political aim in mind, and the World Bank document we’ve embedded below hinting that this thing will go on until AT LEAST 2025, we can’t help but come back to this April 19th of 2020 ANP story titled  “America ‘Locked Down’ For Years? States Push For Lockdowns Until Vaccine Is Developed While One Of World’s Leading Vaccine Manufacturers Warns That May NEVER Happen! – World Was Set Up Via ‘Predictive Programming’ For The ‘Coronavirus Death Cult'”.

As we had warned within our opening of that April story, “anybody who still thinks that America and the world may soon return to ‘normal’ clearly hasn’t been paying attention.” And while we also reported then that if democrats/globalists get their way, “this thing is going to drag on and on and on until the American people have ‘forgotten’ what ‘freedom’ is”, as we had also warned within this April 18th ANP story, Americans and freedom are being ‘set up for the kill’.

Because with any hope for a ‘return to normal’ in America largely resting upon the development of a vaccine, and within a short order of time, and with the incredibly difficult task of developing a vaccine for a virus, as ‘M.C. Enginn’ warned within this August 21st ANP story titled “Could This Be The Mark Of The Beast Or Lead To It? RNA Based Vaccines Change The DNA Of Humans Through A Viral Vector”, US politicians throwing the fear of God into the American people regarding Covid-19 and how quickly a vaccine could be developed are warnings of just where America is headed, with these politicians wanting complete control over everything, including our bodies.

In the 2nd video below, Infowars discusses with us that globalist/democrat goal in a video titled “Creepy Bill Gates Invests $250 Million into Media So He Gets Better Coverage on His Multiple Dose Corona Vaccine He Wants to Give to Every Person on the Planet” while in the 3rd and final video below we hear how ‘Covid-19 thought police’ are now assaulting citizens worldwide.