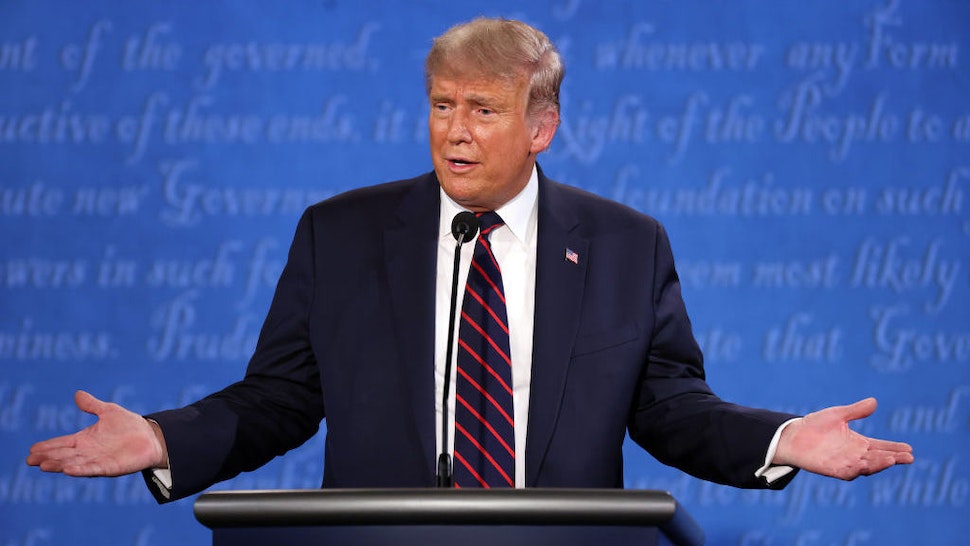 President Trump butted heads with Fox News anchor Chris Wallace early in Tuesday night’s debate over healthcare policy, prompting the president to go after Wallace for attempting to join the debate rather than moderate it.

Trump and Democratic candidate Joe Biden, former vice president of the United States, met on a debate stage in Cleveland, Ohio, on Tuesday night for the first presidential debate of the 2020 campaign. Early in the night, Wallace struggled to get a question out over Trump’s plan for healthcare policy after Trump has heavily criticized the Affordable Care Act, known as Obamacare, passed under former President Barack Obama and Biden.

“Of course I have. I got rid of the individual mandate,” Trump said over Wallace as the moderator struggled to get his question out. “That is absolutely a big thing. That was the worst part of Obamacare.”

The two struggled to be heard over the sound of the other until Wallace, exasperated, finally said, “Mr. President, I am the moderator of this debate and I would like you to let me ask my question.”

The Trump-Biden debate, moderated by Chris Wallace, is about to begin. Follow for a video thread. pic.twitter.com/njxCUv51ug

Wallace then went on to question Trump over the president’s plan for healthcare.

“You, in the course of these four years, have never come up with a comprehensive plan to replace Obamacare, and just this last Thursday, you signed a largely symbolic executive order to protect people with preexisting conditions five days before this debate, so my question is what is the Trump healthcare plan?” Wallace asked.

Trump began his response by hitting Wallace, accusing him of being an active combatant in the presidential debate rather than an objective moderator.

“Well, first of all, I guess I’m debating you, not him. But that’s okay. Let me just tell you something, there’s nothing symbolic. I’m cutting drug prices, I’m going with favored nations, which no president has the courage to do cause you’re going against big pharma. Drug prices will be coming down 80 or 90 percent,” Trump said.