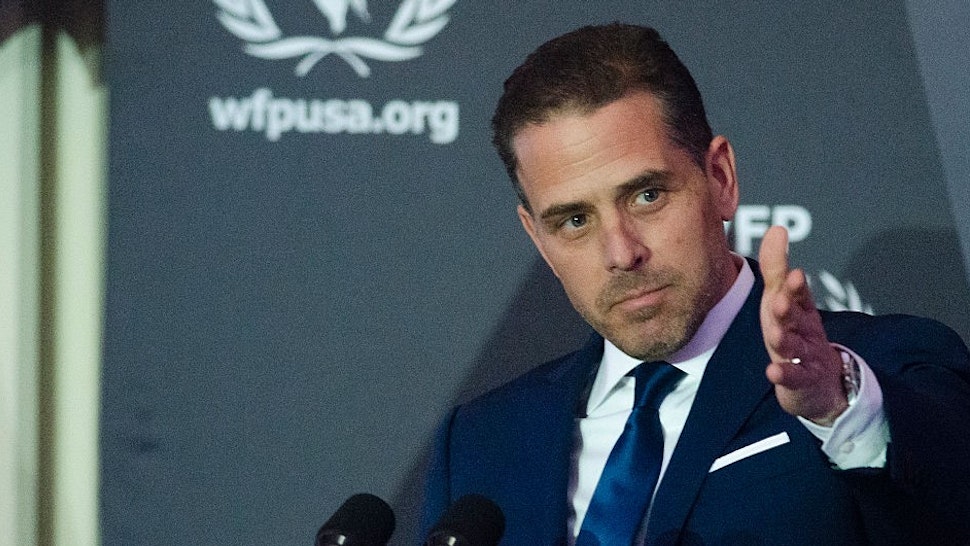 “This would be the biggest story for years and years…”

Joe Biden’s Son Hunter has been all over the news lately.

Well, not mainstream news. And that drew President Trump’s attention.

“If we had a media that was fair — even just reasonable — this would be the biggest story for years and years,” Trump said at the White House on Sunday. “Then you’d be entitled to real Pulitzer Prizes, not the fake committee that gives away these fake awards.”

Donald Trump Jr. on Sunday also chimed in, calling attention to a reported wire transfer to Hunter Biden for $3.5 million from the billionaire widow of the former mayor of Moscow.

A bombshell report last week from the Senate Committee on Homeland Security and Governmental Affairs (HSGAC) and the Committee on Finance made a series of new allegations against Hunter Biden.

The investigation launched after Finance Committee Chairman Charles Grassley (R-IA) publicly raised conflict-of-interest concerns about the sale of a U.S. company to a Chinese firm with ties to Hunter Biden a month before Congress was notified about a whistleblower complaint that was the catalyst for Democrats’ impeachment of President Donald Trump. The Senate’s investigation relied on records from the U.S. government, Democrat lobbying groups, and interviews of numerous current and former officials.

Hunter Biden held a post on the board of Burisma, a Ukrainian holding company for a group of energy exploration and production companies. Among many other charges, the report said Hunter Biden received a $3.5 million wire transfer from Elena Baturina, the wife of the former mayor of Moscow.

“And then you have to say, ‘What about Joe’s involvement?’ And why did Joe not give the billion dollars over to Ukraine, as an example, until such time as they let go of a prosecutor that was investigating the company that his son was involved with?” he said.