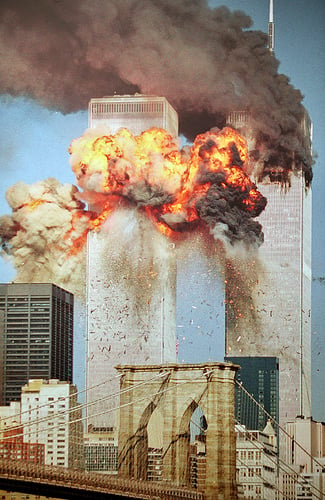 At 11am, on the morning of 9/11, the Bush administration had announced that Osama was behind the attacks.

The article below entitled Who is Osama bin Laden? was drafted on September 11, 2001. (scroll down) It was first  published on the Global Research website on the evening of September 12, 2001.

Since 2001, it has appeared on numerous websites. The original September 12, 2001 posting became one of the most widely read articles on the internet, pertaining to Osama bin Laden and Al Qaeda. Since then it has been carefully “recategorized” by the Search engines. It no longer appears in the top pages of google.

The Global Research website was launched 19 years ago on the 9th of September 2001.

The original post of this article was among the first articles published by Global Research.

The original url was:

From the outset, the objective was to use 9/11 as a pretext for launching the first phase of the Middle East War, which consisted in the bombing and occupation of Afghanistan.

Within hours of the attacks, Osama bin Laden was identified as the architect of 9/11. On the following day, the “war on terrorism” had been launched. The media disinformation campaign went into full gear.

Also on September 12, less than 24 hours after the attacks, NATO invoked for the first time in its history “Article 5 of the Washington Treaty – its collective defence clause” declaring the 9/11 attacks on  the World Trade Center (WTC) and the Pentagon “to be an attack against all NATO members.”

What happened subsequently, with the invasions of Afghanistan and Iraq is already part of history. Syria, Libya and Yemen were already on the Pentagon’s drawing board, the next phase of the US adminstration’s military roadmap.

9/11 remains the pretext and justification for waging a war without borders. 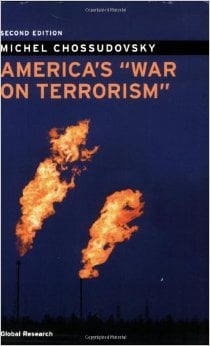 At eleven o’clock, on the morning of September 11, the Bush administration had already announced that Al Qaeda was responsible for the attacks on the World Trade Center (WTC) and the Pentagon. This assertion was made prior to the conduct of an indepth police investigation.

That same evening at 9.30 pm, a “War Cabinet” was formed integrated by a select number of top intelligence and military advisors.  And at 11.00 pm, at the end of that historic meeting at the White House, the “War on Terrorism” was officially launched.

The decision was announced to wage war against the Taliban and Al Qaeda in retribution for the 9/11 attacks. The following morning on September 12th, the news headlines indelibly pointed to “state sponsorship” of the 9/11 attacks by Afghanistan

In chorus, the US media was calling for a military intervention against Afghanistan.

Barely four weeks later, on the 7th of October, Afghanistan was bombed and invaded by US troops. Americans were led to believe that the decison to go to war had been taken on the spur of the moment, on the evening of September 11, in response to the 9/11 attacks and their tragic consequences.

Little did the public realize that a large scale theater war is never planned and executed in a matter of weeks. The decision to launch a war and send troops to Afghanistan had been taken well in advance of 9/11. The “terrorist, massive, casualty-producing event” as it was later described by (former) USCENTCOM Commander General Tommy Franks, served to galvanize public opinion in support of a war agenda which was already in its final planning stage.

The tragic events of 9/11 provided the required justification to wage a war on “humanitarian grounds”, with the full support of World public opinion and the endorsement of the “international community”.

Several prominent “progressive” intellectuals made a case for “retaliation against terrorism”, on moral and ethical grounds. The “just cause” military doctrine (jus ad bellum) was accepted and upheld at face value as a legitimate response to 9/11, without examining the fact that Washington had not only supported the “Islamic terror network”, it was also instrumental in the installation of the Taliban government in 1996.

In the wake of 9/11, the antiwar movement was completely isolated. The trade unions and civil society organizations had swallowed the media lies and government propaganda. They had accepted a war of retribution against Afghanistan, an impoverished country of 30 million people.

I started writing on the evening of September 11, late into the night, going through piles of research notes, which I had previously collected on the history of Al Qaeda. My first text entitled “Who is Osama bin Laden?” was completed and first published on September the 12th. (See full text of the 9/12/2001 article below).