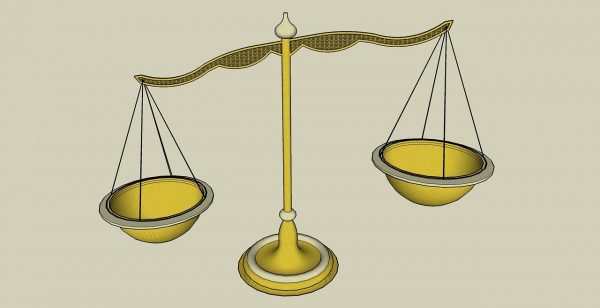 The sudden passing of Ruth Bader Ginsburg shocked the entire country, and it has set up a battle for the ages in Washington.  Democrats are promising to fight with everything that they have got to keep that seat from being filled before the election, but in the end there isn’t that much they can do.  The Republicans control the White House and the U.S. Senate, and so they have the power to fill that seat if they wish to do so.  Unfortunately, there are already cracks in Republican solidarity.  Lisa Murkowski and Susan Collins have both publicly stated that they will not support a confirmation vote before election day, and two more defections would push Republicans below the 50 votes that they need to confirm a nominee.  But for the purposes of this article, I will assume that there will be no more defections.

I believe that this open Supreme Court seat represents a critical test.  But it is not a test for the Democrats.  We already know what they believe and where they stand, and they have absolutely no intention of changing.  So there is no need for Democrats to be weighed on the scales of justice, because that case is already closed.

Instead, I believe that this is a test for President Trump, for the Republicans in the U.S. Senate and for America’s conservatives.

By now, conservatives should have complete control of the Supreme Court.  15 of the last 19 justices have been nominated by Republican presidents, and if Ruth Bader Ginsburg’s seat is filled by President Trump that will make it 16 out of the last 20.

How in the world could this possibly have happened?

Well, the truth is that Democrats and Republicans have a completely different approach to Supreme Court nominations.  When a Democratic president nominates someone to the Supreme Court, they make sure that they know exactly what they are getting and they never make any mistakes.

But Republican presidents have nominated “conservatives” that have turned out to be very liberal time after time.

For example, just consider Neil Gorsuch.  The mainstream media told us that he was “very conservative” when Trump nominated him to the Supreme Court, but instead he has voted with the liberals repeatedly.

But we shouldn’t be surprised by the fact that he has turned out to be a liberal, because he was attending an extremely liberal church when he was nominated…

And in a twist that may surprise religious conservatives who welcomed Gorsuch’s appointment, church leader Rev. Susan Springer, 58, has said she is pro-gay marriage and offers blessings to same sex couples.

The church, which trumpets its ‘inclusive’ ethos on its website, also operates a homeless outreach program that includes an LGBT center and a sexual health clinic in a pamphlet setting out the best places for those in need of help.

And Rev. Springer is so virulently anti-Trump that she attended “the anti-Trump Women’s March in Denver the day after the President’s inauguration”.

Unfortunately, the red flags were ignored and Gorsuch is now a member of the Supreme Court.