The Fed delivered exactly what you would expect at this month’s Federal Open Market Committee meeting that wrapped up Wednesday.

The Fed reiterated its commitment to artificially low interest rates and quantitative easing to infinity into the foreseeable future, despite offering a somewhat more upbeat assessment of the US economy.

In its statement, the FOMC said it would hold interest rates at zero, “until labor market conditions have reached levels consistent with the Committee’s assessments of maximum employment.” Based on a survey of Fed officials, the central bank plans to leave interest rates at zero through at least 2023. That’s a year longer than they were indicating back in June.

The FOMC reiterated the Fed’s willingness to let inflation run hot. The central bank said inflation is “on track to moderately exceed” the Fed’s target rate of 2% “for some time.”

The Fed also plans to continue quantitative easing. The FOMC statement said it will “increase its holdings of Treasury securities and agency mortgage-backed securities at least at the current pace” over the coming months.

The easy-money spigot will remain open despite a more upbeat assessment of the economy. The Fed now projects a 3.7% decline in GDP for the year. That’s a much smaller contraction than the 6.5% decline plunge anticipated in June. The Fed also thinks the unemployment rate will drop more quickly, projecting a median 7.6% rate for 2020 as opposed to the 9.3% forecast in June.

Federal Reserve Chairman Jerome Powel said the rosier economic projections assume Congress will provide more fiscal stimulus. He said “the question is when, and how much, and what will be the contents? If we don’t get that [stimulus], there would certainly be downside risks.”

I think the Fed is being a bit overoptimistic with its economic forecast. We may see a bit of a rebound if the coronavirus remains somewhat under control. But longterm, there are a lot of warning signs. There are indications that the government lockdowns may have permanently scarred the labor market. There is trouble brewing in the subprime mortgage market. Businesses continue to shut down and bankruptcies are at a 10-year high. Americans owe billions in back rent. There is a rising number of over-leveraged zombie companies. And a tsunami of defaults and bankruptcies are on the horizon.

The US government has already spent trillions on fiscal stimulus. The federal budget deficit for fiscal 2020 surged to over $3 trillion in August with one month left to go. That’s more than double the previous record deficit set back in 2009 at the height of the great recession. But virtually nobody is concerned about the record levels of debt.

The US stock market initially surged on the FOMC statement, but sold off into the close Wednesday. The S&P 500 and NASDAQ both closed down on the day and the Dow was up narrowly, but finished far off its interday highs.

Stock market futures were down about 1% Thursday morning. That could indicate that the current level of stimulus drug is no longer sufficient to keep the addict high. The fact that the Fed didn’t signal an increase in asset purchases disappointed some observers on Wall Street. That’s the nature of an addiction – you always need more and more drug to get the same effect.

Gold was up Wednesday, rising as high as $1966 an ounce, but sold off early Thursday as the dollar strengthened on the Fed’s upbeat economic projections.

Powell made some head-scratching statements during his post-meeting press conference, prompting Peter Schiff to tweet that “he has no idea what he’s doing.” 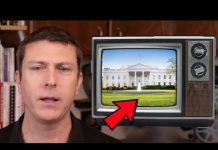