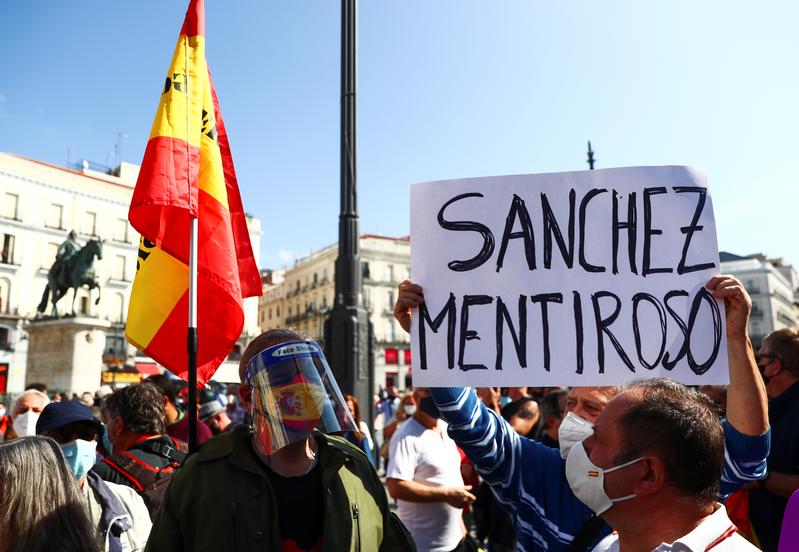 Spanish officials have requested the army deploy to the streets of Madrid to help enforce a new ‘partial lockdown’ amid a reported surge in coronavirus infections.

Roughly 850,000 residents of 37 neighborhoods in the capital city have been ordered to limit their social interactions and restrict their movement except for essential reasons, such as work, school, or to seek medical care.

Police are setting up at least 60 checkpoints and will be issuing fines starting at 600 euros ($710) for violations.

“We need help from the army for disinfection… and to strengthen local police and law enforcement,” said regional governor Isabel Diaz Ayuso during a press conference.

Ayuso has also requested makeshift hospitals be erected around the city again, a measure that was taken at the onset of the coronavirus crisis in Spain.

Officials are reportedly mulling expanding the new restrictions to another 16 areas of the city – and potentially beyond.

“If it is necessary to shut down Madrid, we will do it,” said regional health chief Enrique Ruiz Escudero.

Protesters took to the streets on Sunday, claiming their neighborhoods had been targeted because they are predominantly low-income and have high immigrant populations.

“It is horrendous and bad, because it is discrimination. They should regulate the metro. We are packed like sardines,” one local resident told Reuters.

Madrid Mayor Jose Luis Martinez-Almeida denied their claims, saying, “There are no first class residents and second class residents. We have to be together at this moment.”