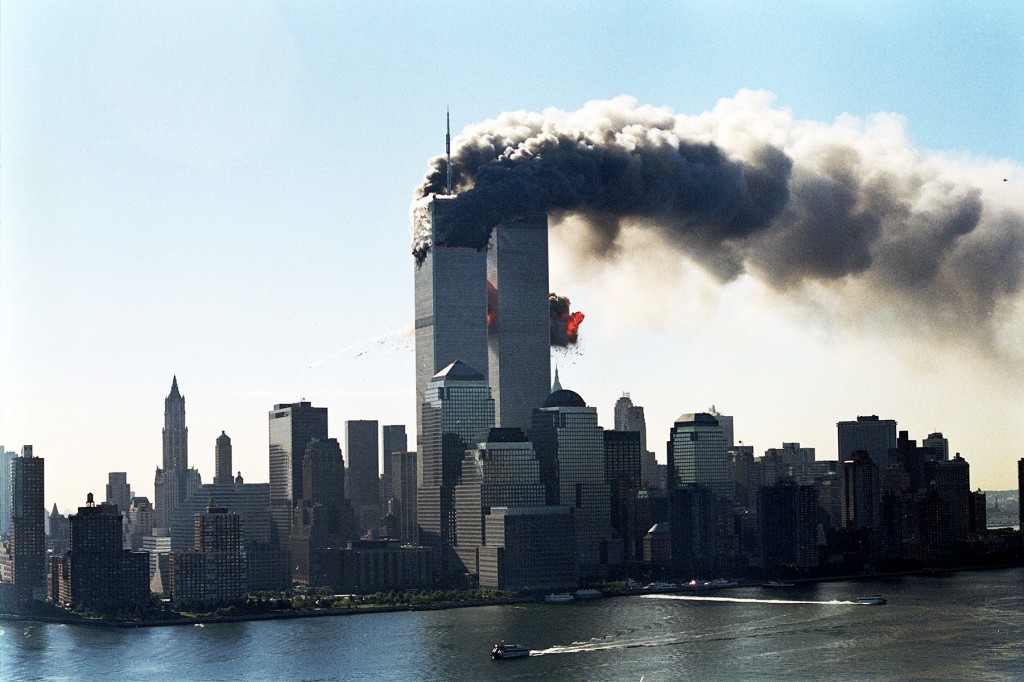 This September 11 will be the nineteenth year since that horrible day in 2001.  Shortly after 9/11, Americans had a sense of togetherness, with unity and patriotism, but much has changed since then.  American Thinker interviewed someone who was just a child when he lost someone that day.  Many think of the wives, mothers, fathers, and friends but rarely consider what a child had to go through.

Matthew John Bocci wrote the book Sway as a way to sort out his feelings.  He was nine years old when his father died during the collapse of the World Trade Center.  It took one week for the family to find out his father was dead.  “Even though I knew he was dead, I still needed to find out the how.  I became obsessed.  I wondered if he had jumped, since he worked on the 105th floor and I saw all the smoke.  My thoughts were that if he had jumped, maybe I could see him looking out a window beforehand.  Even though I found out my dad did not jump, when I see the footage, it brings a lot of sadness.  I look at it and think my father was in that building and he never had a chance to get out.  In the book, I wrote, ‘What could you say, especially to a nine-year-old whose father was obliterated?'”

He went on to say, “My dad was selfless.  He actually called my mom two minutes after the plane hit the building to tell her he loved her and us.  He said goodbye.  I now try to look at the positives he left behind.  He was honorable, put family first, and was very humble.  I think how brave he was, smart, resourceful, funny, determined, hardworking, and caring.”

Because of his father’s death, Matthew’s life spiraled out of control.  He searched for answers and a father figure.  Unfortunately, his Uncle Phil filled that role.  He took advantage of Matthew’s grief by sexually abusing him.  To cope, Matthew turned to drugs.  But thankfully, after many years of drug abuse, he got himself straightened out, had his uncle arrested and convicted of child abuse, and is now five years sober.

But before he decided to get his life on track, Matthew was unable to let go, always wondering if his father had suffered.  Shortly after dropping out of business school, ten years after the horrific event, he found in his father’s office a box containing “countless 9/11 artifacts.  Near the bottom of the box, I found a thick manila envelope with a government seal on the front.  Inside a plastic baggy was my father’s wallet, money clip, several credit cards, and some other personal effects.  The wallet was waterlogged and burned.  Also in the box was a sheaf of loose papers from the City of New York.  On the top was a death certificate.  I later learned that the overwhelming majority of remains were so difficult to identify that the New York Medical Examiner listed all of the deaths at the World Trade Center as ‘homicide due to blunt force trauma.’  In another document I saw a sketch depicting which parts they found of my dad and that my dad was most likely in the building’s stairwell when it collapsed.  The M.E. brashly put it as ‘Alive one minute, gone the next.’  My thought process was that someday I would find a narrative of my father’s story.”

How did he feel on May 2, 2011, when Osama bin Laden was found and killed?  Matthew describes his feelings.  “I was in college at that time.  It was late at night, and while most celebrated, I walked over to the chapel and said a prayer.  I wanted to feel some closure.  I am thankful to all those who participated on that day.”

Americans need to understand that life has not been the same for 9/11 victims such as Matthew.  The victims want the memory to stay in the minds of Americans.  Yet the powers that be have another attitude.  Using the excuse of COVID-19 they decided to cancel the New York commemoration of September 11.  The memorial display featured twin beams of light to honor the fallen victims of the terror attacks.  Also canceled is the in-person ceremony at Ground Zero, where, among others, family members read the names of the 9/11 victims.  Was it done because among those honored were the 23 police officers of the New York Police Department (NYPD) and 37 police officers with the Port Authority who died that day attempting to save people they didn’t know?  Because of the outcry, both ceremonies were reinstated, with some changes: there will be a recording of the names broadcast in order.

Matthew noted, “It was said they didn’t want to risk it this year because of the virus, yet protests are going on.  Just as they say they found a safe way to protest and express themselves, so can it be said for the 9/11 tribute.  Is this a sign for what is going to come in the future?  For me, the Tribute Lights are a way to remember my father in a positive way.  The lights are powerful symbolism for me.  They show a deeper meaning, how the people that perished that day are now in heaven.  The lights go up to infinity.”