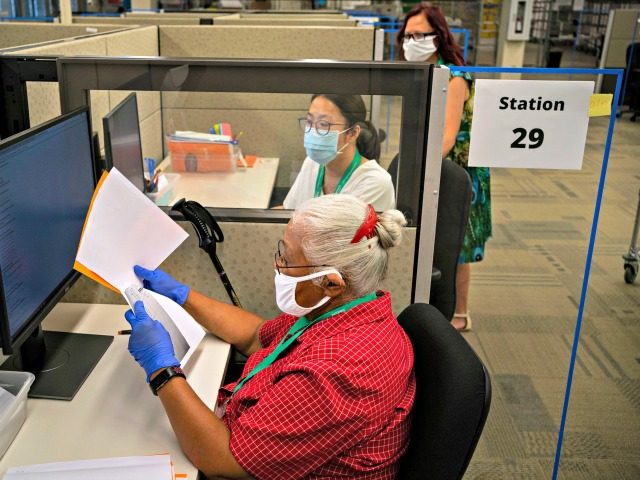 Queens, New York City, voters have received mail-in ballots marked for military use even though recipients never served in the armed forces, according to a Monday report.

Van Bramer, a Democrat, said the issue only adds to the worries in an already topsy-turvy election cycle that has seen an inordinate number of voters look to mail-in voting with the coronavirus pandemic raging on. […]

Van Bramer said he was informed by the city BOE that the issue stemmed from a typographical error, wherein a dash meant to separate the words “absentee” and “military” was dropped.

“This apparent typo just has everyone confused and believing these are invalid ballots,” he added. “It’s absolutely outrageous that when everyone is watching them, they still screw up the most basic thing, which is printing the ballot correctly.”

The development is the latest in a string of concerning reports about voting by mail and possible election fraud.

On Sunday evening, an undercover Project Veritas video exposed an operative allegedly linked to to freshman Rep. Ilhan Omar (D-MN) bragging on Instagram of numerous ballots he acquired. President Donald Trump on Monday weighed in on the video, urging state officials to launch an investigation into the alleged ballot harvesting scheme in Minneapolis.

“This is totally illegal,” the president wrote on Twitter. “Hope that the U.S. Attorney in Minnesota has this, and other of her many misdeeds, under serious review??? If not, why not???”