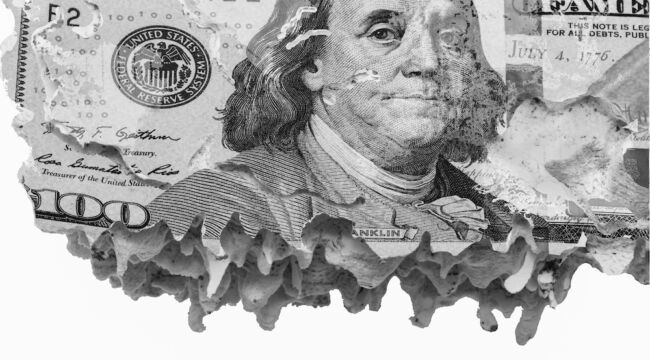 Remember all those “green shoots?”

That was the ubiquitous phrase used by White House officials and TV talking heads in 2009 to describe how the U.S. economy was coming back to life after the 2008 global financial crisis.

The problem was we did not get green shoots; what we got was more like brown weeds.

The economy did recover, yes, but it was the slowest recovery in U.S. history.

After the green shoots theory had been discredited, Treasury Secretary Tim Geithner promised a “recovery summer” in 2010.

The recovery did continue, but it took years for the stock market to return to its previous highs and even longer for unemployment to come down to levels that could be regarded as close to full employment.

And after the worst of the 2020 pandemic (so we hope), we’ve gotten the same happy talk. But those hopes have been dashed, which the latest jobs numbers bear out.

Can monetary and/or fiscal policy lift us out of the new depression?  Let’s first take a look at monetary policy.

A monetarist attempting to fine-tune monetary policy says that if real growth is capped at 4%, the ideal policy is one in which money supply grows at 4%, velocity is constant, and the price level is constant. This produces maximum real growth and zero inflation. It’s all fairly simple as long as the velocity of money is constant.

But money velocity is not constant, contrary to Friedman’s thesis. Velocity is like a joker in the deck. It’s the factor the Fed cannot control.

It can be expected to fall even further as the new depression drags on. As velocity falls, the economy falls. Money printing is impotent. $7 trillion times zero = zero. There is no economy without velocity.