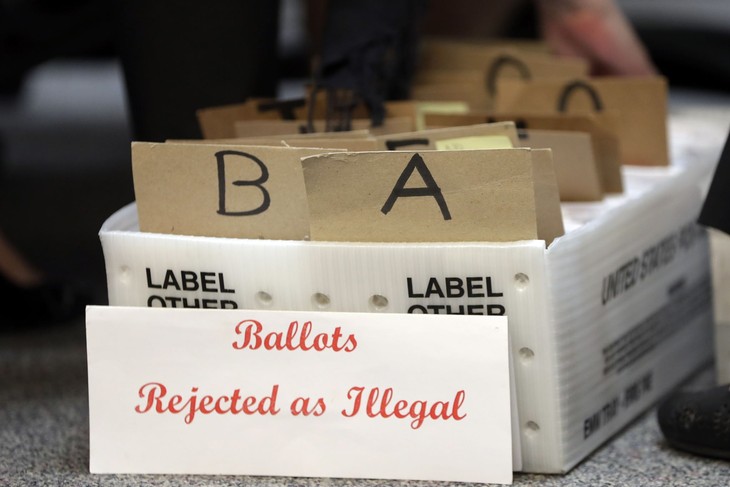 But Mail-In Ballots Are Fraud-Proof, Or Something
This will be brief, just because I know that there will be more and more posts like this to share in the coming days. I’m not even sure how many stories like this I’ve seen just since the weekend and I am writing this on Monday evening.

Democrats have been assuring us that mail-in voting is fraud-proof. Then again, they’ve also been assuring us for years that voter fraud doesn’t exist in any way, shape, or form. Cool story if you believe in the Great Pumpkin and like fairy tales.

Even if you give them — which I don’t in any way — the premise that it is difficult or even nigh on impossible to perpetrate election fraud via mail-in ballots, there are still any number of things that can go wrong once you’ve involved that many moving parts.

Voters in New York City have received mail-in ballots for the 2020 presidential election marked for military use despite never having served in the armed forces — causing confusion and concerns over whether the ballots can or should be used.

The misprint makes it appear that the voters received a “Official Military Absentee Ballot” instead of a “Military/Absentee Ballot,” leaving several borough residents who received the documents — including two Post journalists — worried that their votes might not be properly tallied.

“I believe that’s just the tip of the iceberg,” said City Councilman Jimmy Van Bramer, referring to the constituents in his Sunnyside district who have reached out to him about receiving the ballots. “It appears that everyone has gotten this particular ballot.”

Experts from both sides of the political aisle said the typo ultimately wouldn’t matter because the city Board of Elections uses the same ballots for both military voters and traditional absentee voters who live in the same district.

The reassurance at the end of that isn’t really that comforting. Democrats are looking for any angle to upend and prolong this election well past November 3rd and any little way they can throw doubt on the validity of a mail-in or absentee (NOT THE SAME THING) ballot will surely be taken advantage of.

Election integrity is taking a hit all over the place this week, with James O’Keefe’s Project Veritas having uncovered a ballot harvesting scheme in Minnesota that helped the thoroughly execrable Rep. Ilhan Omar.