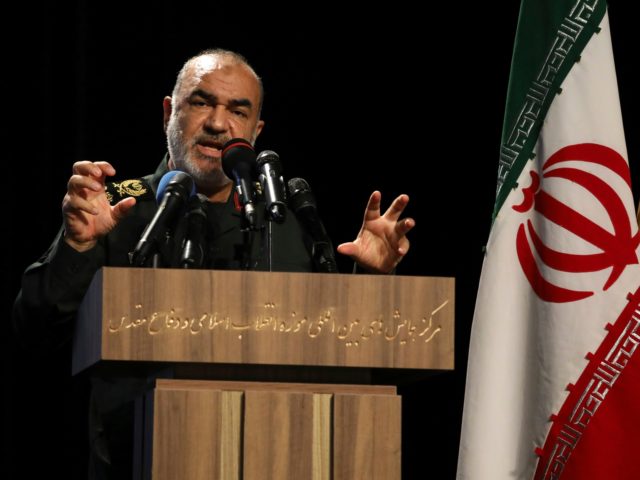 The commander-in-chief of the elite Islamic Revolutionary Guard Corps (IRGC) on Saturday repeated his threat to avenge the U.S. killing of Iran’s top general Qasem Soleimani in early January, personally warning President Donald Trump a response is on its way.

“Mr. Trump! Our revenge for the martyrdom of our great general is certain. It is serious. It is real,” Major-General Hossein Salami said, according to the IRGC website.  “We will hit those who were directly or indirectly involved in the martyrdom of this great man.”

Soleimani, the commander of all IRGC military forces, was taken out in a precision U.S. drone strike on Baghdad in January, as Breitbart News reported.

Soleimani was considered the most influential person in executing IRGC’s global terror operations including those in Iraq, Syria, Yemen and Lebanon.

Trump warned this week Washington would harshly respond to any Iranian attempts to take revenge for the death of Soleimani as his administration confirmed Iran remains the greatest threat to Middle East stability.

Secretary of State @mikepompeo told Breitbart News that President Donald Trump’s peace deals in the Middle East are “all connected” and stem from recognizing Iran as the primary threat to stability in the region. https://t.co/az1xjC5fGH

The responses followed the report of an Iranian plot to kill U.S. Ambassador to South Africa, Lana Marks.