by Tom Sunic, The Unz Review: The fundamental mistake made by most American conservatives, both old and new, is to think of communism solely as a violent ideology designed to abolish private property. During the so-called Cold War, they imagined that by mimicking some communist practices they could tone down the very real communist threat and elicit some Soviet sympathy. They should have been more careful what they wished for. The reason why communism fell apart in the early 1990s in the communist East was due to the fact that communist ideologemes, such as the idea of progress, economic equality, and the instauration of a borderless and multiracial society, had been more successfully put into practice in the capitalist West than in the communist East — albeit under a less abrasive name and without resorting to a large scale state terror.

For many Americans, surviving communism is therefore a contradiction in terms given that they have already fully aligned themselves to the System, i.e., “the deep state”, oblivious to its repressive crypto-communistic principles. Unsurviving communism, by contrast, is a destiny of a hapless few who are prepared to live a life of dissent — and also pay a heavy price for their non-conformist views.

Modern day neo-communist BLM and antifascist activists in the US know well that parading with the name of communism could backfire. Their self-ascribed title “antifa” resonates far better in the ears and eyes of the modern media. Many of them, including many of their Democratic party overlords are heirs to a now defunct Homo sovieticusspecies who once thrived in communist countries of Eastern Europe. The twin brotherhood between former Homo sovieticus and the present Homo americanushas had a very long history irrespective of their often feigned feuds and fake semantic posturing.[1] Given that the US, since its inception, has also been involved in a large number of world-improving projects, not least its century-long messianic virtue-signaling adventures aimed at elevating foreign peoples world-wide to a global City on the Hill, it was to be expected that at some point the communist temptation would gain in popularity in a new garb and hit home in the US. For example, US campuses continue to be the main breeding ground of antifa activists, having now more of their adepts than campuses in Western Europe where, over the last decade, there has been a noticeable recycling to populism and nationalism by many former leftist, but also Jewish authors (Michel Onfray, Alain Soral, Eric Zemmour). In post-communist Eastern Europe, organized antifa groups and their LGBT sidekicks are virtually non-existent, except when temporarily hired and exported by EU or State Department-sponsored NGOs in order to unseat some local populist and anti-globalist ruler. Hatred against antifas in all segments of East European society is understandable given that for many the term antifascism rings the bell of communism. Worth recalling is that words and locutions containing nouns or modifiers related to the word “antifascism” were in surplus in all official communist documents in Eastern Europe, even on marriage certificates, lasting well into the late 1950s. During the Cold War, and without any exception, all East European dissidents were squarely depicted in communist court proceedings as fascist agents.

The brainwashing of young American masses by the word antifascism owes much to the early Bolshevik agitator Leo Trotsky and his collection of essays under the title What is Fascism and how to Fight it,[2] in which he depicts fascism as the ultimate stage of capitalism and showing how communists in the USA must smash it:

The backwardness of the United State working class is only a relative term. In very many important respects, it is the most progressive working class of the world, technically and in its standard of living…The next historic wave in the United States will be the wave of radicalism of the masses, not fascism. Of course, the war can hinder the radicalization for some time, but then it will give to the radicalization a more tremendous tempo and swing.[3]

The recent antifa riots in many large cities in USA are also a belated follow-up on riots carried out by antifa “sixty-eighters” half a century ago all over the West.[4] They were successful in imposing communist cultural hegemony in higher education and in paving the way, a decade later, for the political takeover by the Left. Sixty-eighters spawned the modern-day antifa. However, neither the psychology of sixty-eighters, nor their modern antifa offshoots can be fully grasped if one loses sight of the world order created jointly by the capitalist US and the communist Soviet Union in 1945, both being part of the common antifascist block. In the final analysis, the entire West, with America at the helm, is unable to repudiate modern antifa activists, let alone declare them a terrorist organisation, unless it first revises its own writing of the history of World War II and overhauls its own system of liberal governance.

Apart from the Gulag system and the topography of its countless killing fields, Communism must first and foremost be analysed as an anthropology, or better yet as a widespread social pathology, albeit savored and craved subconsciously by a very large number of its future victims. The obsession with the idea of equality and equal redistribution of goods and capital is as old as humanity itself irrespective of the name this obsession may carry in different countries and epochs. Several undeservedly forgotten authors such as Claude Polin and Alexander Zinoviev, already quoted in TOO on several occasions, long ago noted that it is a deadly mistake to view communism as the terror of the few against many; rather, “it is the terror of all against all at every moment.”

As the flower and crowning glory of communality, communism represents a type of society which is nearest and dearest to the masses no matter how dreadful the potential consequences for them might be.[5]

Long ago I wrote, based on the analyses of these and other authors dealing with the communist anthropology, that the faith in communism presupposes first and foremost a peculiar mindset whose historical realization has been made possible by primordial egalitarian impulses followed by negative socio-biological selection. Throughout man’s biocultural evolution egalitarian instincts have been held in check by cultural institutions and racial in-group constraints. With the advent of the mass multiracial system, deceptively called democracy, resistance to these animalistic and inborn instincts is becoming virtually impossible. 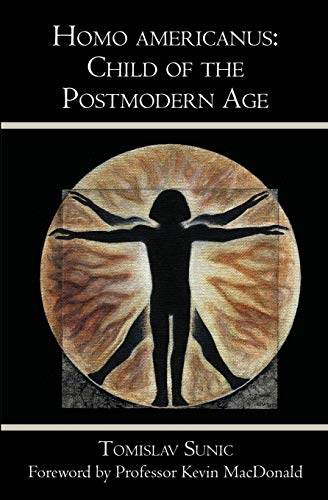 The contemporary USA is a good place to study the proto-communist mindset. The very abstract eighteenth-century Enlightenment-egalitarian-inspired statement in the Declaration of Independence that “all men are created equal” was bound to open up a Pandora box of wishful thinking all over Europe, also opening, two hundred years later, the floodgates of non-European immigration. Those do-good romantic Jeffersonian words had a specific meaning in his epoch and for his fellow travellers; today they are being differently interpreted by US lawyers of Mexican, Asian or African ancestry, let alone by their illiterate or semi-literate, lower-IQ clients arriving in droves to America from Asia, Africa, or Latin America.

It is also a great self-delusion common to many American conservatives, both old and new, to imagine that they can avert the rise of communism by preaching the capitalist gospel of permanent economic growth. Contrary to a well-entrenched communist-Trotskyite dogma, communism can very well thrive in and within a capitalist free market economy. In view of the coming shortages of resources and the surge in the surplus of uprooted people, the communist experiment seems to be the only functional and viable system for the future of the world. Unlike any system hitherto in the history of mankind communism offers an effortless society, psychological predictability and economic security, however meager, bleak or frugal they may all be. Worse, communism increases the basest human instincts, which can best be seen in the violent behavior of US antifa rioters. Communism is the ideal system for any multiracial state composed of gregarious masses, consumer-minded citizens and lower-IQ individuals.

It is another well-spread hoax doctored up by Leon Trotsky that communists are archenemies of capitalism. The case of modern China, a country the size of the US, bears witness that in an overpopulated society facing scarce resources, the communist ruling oligarchy can work hand in hand with liberal free marketeers, creating large differences in wealth. Similar to Germany’s numerous antifa organisations, including the powerful and well-funded German Amadeu Antonio Stiftung , the activities of modern day antifa in America are also profusely funded by wealthy financiers, international corporations, and individuals, with a billionaire George Soros being the best known. Finally, from the geopolitical perspective it must not be forgotten that antifascist guerillas during World War II in Europe would have not lasted a week had they not been supported by the US and UK massive financial and military aid handed out to their sponsor in the Soviet Union.