Statistics Canada recently released a survey designed to gauge the likely response of Canadians to a COVID-19 vaccine when (or if) one becomes available.

A reasonable headline for an article reporting on this information would have been: “As many as 42.5 percent of Canadians have some doubts about getting COVID-19 vaccine.”

However, the National Post chose to use the headline: “One in ten Canadians would refuse COVID vaccine.” Published on August 26, the article dealt briefly with the survey, then concluded by saying that Dr. Theresa Tam (the Chief Public Health Officer of Canada) says “authorities need more information about those who are worried about or opposed to a vaccine to ensure they have the proper information about how vaccines are approved.”

As someone who would have responded “very unlikely”, I’d be happy to provide that info.

For starters, Dr. Tam, my name is Karen, and I would not only like to speak to the so-called management, I’d like to fire you.

In the five years since I retired from my law career, I’ve found time to read nine books dealing with vaccines—including two written by Dr. Paul Offit, one of the most vocal proponents of vaccines in the U.S. I gave Dr. Offit a fair chance to persuade me, but his research and arguments didn’t hold a candle against the opposition.

I’m two years younger than Dr. Offit. In my youth I believed (as he still seems to) that vaccines are safe and effective. Maybe the difference between our perspectives is that Dr. Offit holds several vaccine patents, while I hold none. There is no financial incentive tugging at me to continue believing that everything is hunky-dory.

I began having doubts in the 1990s when reports came out that the flu vaccine was  a dismal failure, year after year. I never got a flu shot myself. Why bother, since I rarely got the flu? The vaccine seemed to be hit-or-miss at best, with effectiveness rates as low as 40 percent in some years.

But then the news emerged that those who did get the flu vaccine seemed to be at greater risk for other respiratory viral infections. That cemented my decision. Why get vaccinated for one minor illness if it would increase your chances of getting others? But the study piqued my curiosity: what was it about vaccines that would make people sicker, rather than healthier? 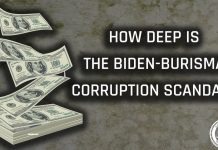