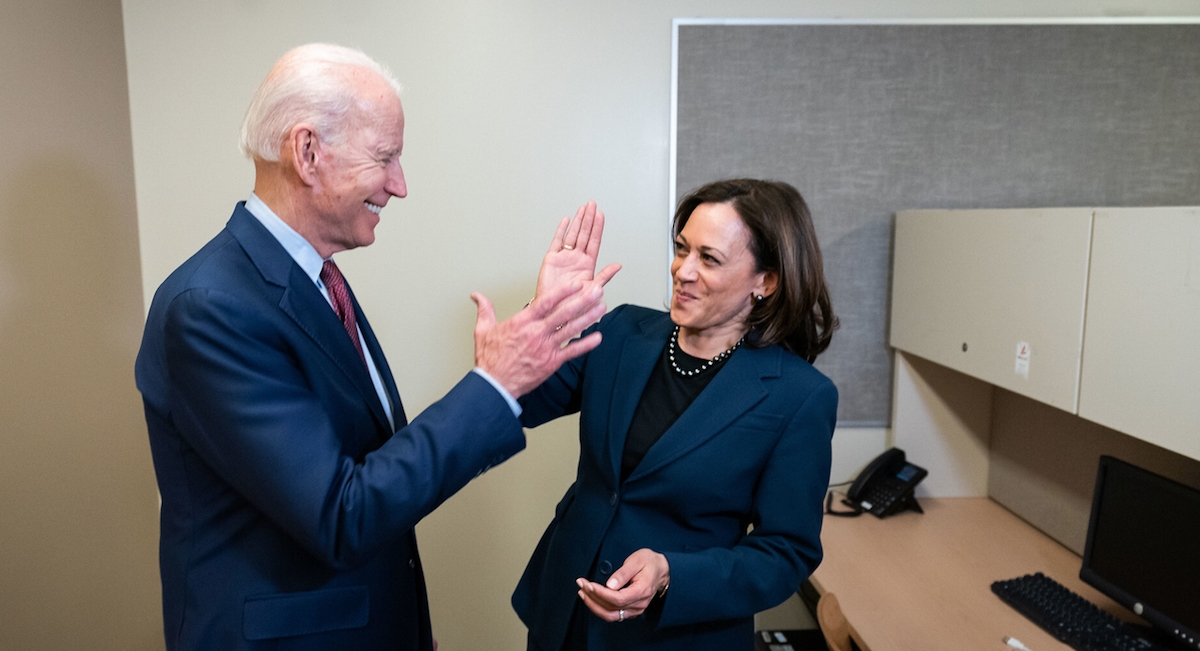 On 11 December 2019, Ryan Lizza bannered at Politico, “Biden signals to aides that he would serve only a single term”, and reported that:

While the option of making a public pledge [to serve only one term] remains available, Biden has for now settled on an alternative strategy: quietly indicating that he will almost certainly not run for a second term while declining to make a promise that he and his advisers fear could turn him into a lame duck and sap him of his political capital.

According to four people who regularly talk to Biden, all of whom asked for anonymity to discuss internal campaign matters, it is virtually inconceivable that he will run for reelection in 2024, when he would be the first octogenarian president.

“If Biden is elected,” a prominent adviser to the campaign said, “he’s going to be 82 years old in four years and he won’t be running for reelection.” …

Ronald Reagan, who, along with Trump, was the oldest person to become U.S. President, was 70 when taking office in 1981, and he served two terms. In 1994, at the age of 83, he was diagnosed with alzheimer’s disease, which Biden, who now is near to 78, already (and far more than Trump) seems to have. Today’s America is being run by very “senior citizens.” Their life-expectancy is short, and their attention-span is also getting shorter. The V.P. pick is consequently far more important now than it ever used to be. Kamala Harris is 55 years old. Apparently, she’s now running for President — not only for Vice President — against the incumbent Trump; and her ‘boss’, Biden, isn’t discouraging her extraordinary behavior; he is instead assisting it. This is stunning. It suggests that he knows he’s severely in decline. Here are some recent signs of this:

A Biden-Harris campaign video was recently recorded, on September 12th, and published on the 15th, in which Kamala Harris says:

This statement was widely interpreted, among the surprisingly few news-media that reported it, to have been just a flub by her, nothing that’s really remarkable. However, a campaign video which was published later the same day, had Joe Biden himself, reading from a teleprompter, and saying:

“A Harris-Biden administration is going to relaunch that effort and keep pushing further to make it easier for military spouses and veterans to find meaningful careers to ensure teachers know how to support military children in their classrooms and to improve support for caregivers and survivors so much more than we do now.”

The indications seem fairly clear that if Americans vote for Joe Biden to become the President, then not only will he not serve a second term, but he might not even serve much (or perhaps even any) of his first term. Why would this be so? Why is not Biden himself publicly disowning what Harris had said, instead of himself saying essentially the same thing (as he did)? If the Democratic Party (like the Republican Party) is basically dictated-to by the billionaires who fund it in order to persuade voters in the Party’s primaries, whom to vote for and whom to vote against as that Party’s nominee, then clearly Kamala Harris was preferred by them, even more than they preferred Biden.

As-of 5 August 2019, when Forbes headlined “Here Are The Democratic Presidential Candidates With The Most Donations From Billionaires”, the rankings were this:

Rank in Billionaire Donors to:

Pete Buttigieg was preferred by them the most, but was even worse as a campaigner than Biden was, and therefore failed to attract many voters after New Hampshire. Kamala Harris was almost as preferred by the Party’s billionaires as Buttigieg was, but she was even less attractive to the Party’s voters than Buttigieg was. The Party’s billionaires would have been satisfied with any of the candidates except Sanders, but didn’t want to repeat what happened in 2016 and have yet another Hillary Clinton — who had raised more money from billionaires even than Trump did. On 16 April 2019, the New York Times bannered “‘Stop Sanders’ Democrats Are Agonizing Over His Momentum” and the article was really about the Party’s billionaires (and their agents, which the newspaper called “establishment-aligned Democrats”). On 26 August 2019, The Atlantic, which — like the Times — represents Democratic Party billionaires, headlined “Elizabeth Warren Manages to Woo the Democratic Party Establishment”, and presented her, instead of Sanders, as the progressive option that the Democratic National Committee would happily have as the Party’s nominee. For example: “‘I hope Sanders supporters see Warren’s broadening support as a good thing and won’t now cynically try to paint her as beholden to insiders, because she’s not,’ said a DNC member who isn’t currently committed to any candidates and who spoke on the condition of anonymity.” Amongst the Party’s billionaires, Anyone But Sanders would be good, and maybe even Trump would be preferable to Sanders for their support. 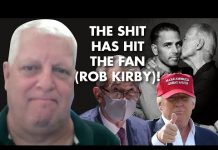