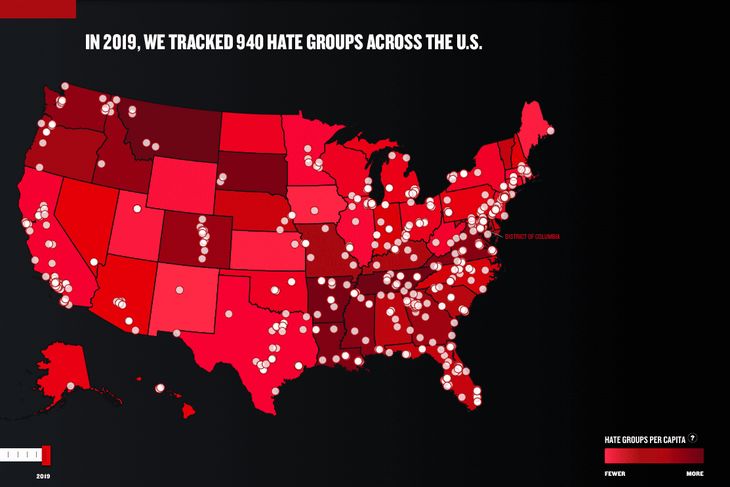 The Southern Poverty Law Center (SPLC) has long weaponized its civil rights past to demonize mainstream conservative and Christian organizations as “hate groups,” including them with the Ku Klux Klan on a list of organizations singled out for exclusion from polite society. Democrats, corporate America, Big Tech companies, and others resort to the SPLC list, blacklisting conservatives and Christians based on the far-left smear factory’s defamation.

Yet two lesser-known organizations the SPLC once branded “anti-Muslim hate groups” have secretly disappeared from the leftist group’s list. Both organizations sent the SPLC cease-and-desist letters before they mysteriously vanished from the influential blacklist.

Citizens for the St. Croix Valley

Citizens for the St. Croix Valley aims to “educate, engage, and mobilize citizens of the St. Croix Valley (Western Wisconsin and Eastern Minnesota) through grassroots efforts to affect the security, economic stability, and preservation of the Constitutional republic form of government.” The SPLC first accused the organization of being an “anti-Muslim hate group in 2018 when it released its 2017 list of “hate groups.” The SPLC’s 2018 list, released in 2019, still included Citizens for the St. Croix Valley. Yet the 2019 list, released this past March, no longer includes this notorious “anti-Muslim hate group.”

“We recently discovered that our group, Citizens for the St. Croix Valley, has been taken off the SPLC Hate Map,” Darla Meyers, co-founder of the organization, told PJ Media. “Why? We don’t know. We’ve left inquiries with the SPLC, with no one returning our call.”

The SPLC did not respond to PJ Media’s request for comment, either.

“We sent a Cease and Desist [letter] in July 2018 to the SPLC and received a response,” Meyers noted. “After that, none of us thought to keep checking the SPLC website, which has changed since all the staffing changes. Someone with a fresh brain discovered we were no longer listed.”

If the polls are EXACTLY as flawed as they were in 2016, this election will come right down to the wire