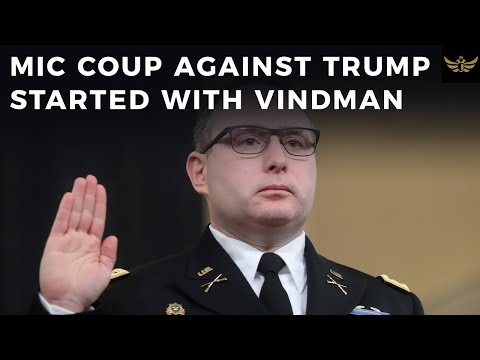 Rather than being a witness who independently supported the claims of the whistleblower, the National Security Council’s Lt. Col Alex Vindman was the driving force behind the entire operation, according to the book’s interviews with key figures in the impeachment probe and other evidence. The whistleblower’s information came directly from Vindman, investigators determined.

“For all intents and purposes, Vindman is the whistleblower here, but he was able to get somebody else to do his dirty work for him,” explained one senior congressional aide.