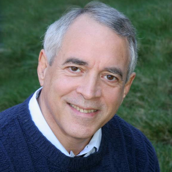 Stop Calling It a Global Pandemic. It’s an International Crime

The spread of the COVID-19 coronavirus is not a pandemic, it is the biggest crime in human history, since Cain killed Abel and reduced the human population by a quarter. And there is no world police force to stop this ongoing felony. At least not yet.

The intentional spread of a man-mutated coronavirus has a covert objective – – to involve the entire world in an exercise through panic and fear to “cultivate a sense of global community.” It is what the globalists call the Great Reset.

The usual suspects are behind it – – the U.N., the International Monetary Fund, the CIA, Mastercard, Microsoft, bankers, billionaire oligarchs and many billion-dollar corporations, who seek to rule the world economically via a global currency, using mind control and fear, and something called transhumanism where the human mind is melded with AI (automated intelligence).  Corporations dare not enter this worldwide scheme or be frozen out.

The globalists will let nothing stand in the way of their objectives, to eradicate borders, erase history and culture, antiquate and replace religion via technology (immortality via AI), eliminate free enterprise, and destroy the economies of the world and individual livelihoods in order to coerce the world to beg for relief, for vaccines and a global currency, via a single world governance led by arrogant unelected elites whose godless technocratic, transhuman world view will be forced on 7.8 billion souls, or else you or your kids will be taken to quarantine camps.

So quickly the fear of God has been replaced by the instilled fear of COVID.  What is so unexpected is the almost universal voluntary compliance with this out-in-the-open overthrow of modern society operating under the banner of equality.  The masses have largely volunteered to comply.

Fooled by the equity card

Now the poorest people in the world will have an equity card that will give them use of a digital currency that is equal in value to all other world currencies.

Take a gander at the value of various world currencies: the

These currency values are determined on a floating rate by demand.  Low demand = low value.  If a buyer wants to purchase $100 US dollars of pencils from Mexico that would equal 2,133.4 pesos.  The differences in these values are called exchange rates.

Currently the world uses the US dollar as the exchange rate for all foreign transactions, making the US dollar by practice the most in demand.

In the name of financial equality, the Constitution was trashed

Robotics will be ushered in

As robotics takes over, a guaranteed income will likely follow, since that is the way to totally control the world.  But then Gross Domestic Product is a measure of welfare, not productivity.  People will learn not to work or just pretend to work.  The AI-driven robots will do all the repetitive work cheaper than any human labor.  Then the US doesn’t need to export its jobs to China any longer.  But robots only make unemployment worse, not better.

The generation of people who are most attracted to this scheme, particularly the poor who can only hope a lottery ticket will bring them out of poverty, never heard Sir Winston Churchill say this: