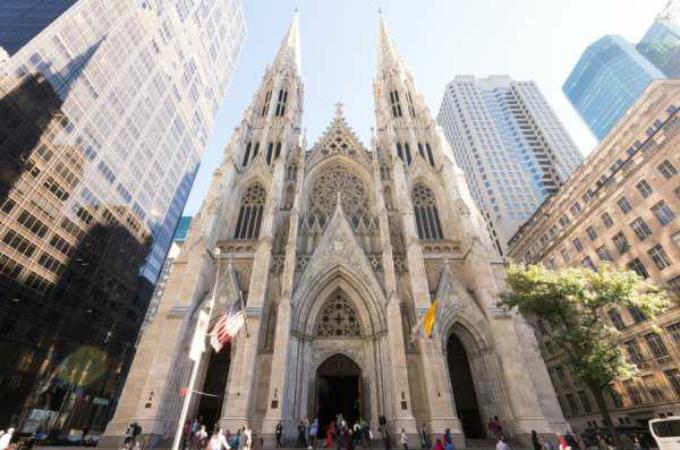 “The lawsuit … simply asks that CHBC be permitted to meet in-person, with similar restrictions as area businesses and other gatherings have employed to protect public health,” CHBC Pastor Justin Sok said. “A church is not a building that can be opened and closed. A church is not an event to be watched. A church is a community that gathers regularly and that community should be treated fairly by the District government.”

According to the lawsuit, D.C. is violating the First and Fifth Amendments, as well as the Religious Freedom Restoration Act, by prohibiting church congregations of more than 100 people, even outdoors, while simultaneously supporting the mass protests in the District where tens of thousands of people have gathered.

Residents and businesses in Washington, D.C., have been living under Mayor Bowser’s strict COVID-19 restrictions since she declared a public health emergency on March 11. On March 24, the Mayor issued Order 2020-053, which closed all non-essential businesses and prohibited all “large gatherings” of more than 10 people. Bowser then issued a stay-at-home order on March 30, which limited travel and maintained restrictions on large gatherings of more than 10 people. That order was extended multiple times.

On May 27, the Mayor issued the District’s Phase One reopening order, under which “certain activities — where the risk of transmission has been determined to be low and when strong safeguards are in place — are being allowed to restart.”

But while Phase One lifted the stay-at-home order, gatherings of more than 10 people remained prohibited, though there were a number of exemptions, including hair salons and outdoor dining “streateries.” Still, the prohibition on gatherings of 10 or more people, indoors or outdoors, remained in place for houses of worship.

Phase Two allows for mass gatherings of more than 50 people and permitted restaurants to open at 50 percent capacity. Gyms, fitness centers, and child-care centers were also allowed to reopen with some capacity limitations. Yet Phase Two continued to encourage places of worship to engage in virtual worship only. For churches that did not wish to remain virtual, Phase Two implemented a restriction of 50-percent capacity, or 100 people, whichever is fewer. This applies to both indoor and outdoor services.

The city currently remains in Phase Two. Once in Phase Three, the restrictions on mass gatherings in houses of worship would be limited to 250. And that 250-attendee limit will only be lifted when the city reaches Phase Four, which will not happen until “scientists develop either a widely-available vaccine or an effective therapy for COVID-19,” the lawsuit reads.

More than once, CHBC applied for a waiver from the restrictions, and the church reached out to the Mayor’s Office repeatedly. They were ignored for months before their waiver requests were eventually denied.

Meanwhile, the lawsuit cites the repeated violations of the lockdown orders in the form of mass protests that took place over the summer without consequence, in spite of the numerous orders that were simultaneously used to prohibit church services. The lawsuit notes that Mayor Bowser was even in attendance at one of the protests that violated the order, which took place on June 6 near the White House. Likewise, the city has closed the streets on four separate occasions to accommodate thousands of marchers and protesters, which the lawsuit contends amounts to an endorsement of the events.

“Creating an exception for mass protests and not other types of First Amendment activities is constitutionally forbidden content-based discrimination and thus violates CHBC’s free speech rights,” the lawsuit asserts.

For now, the church has been hosting outdoor services on Sunday evenings at the property of a Southern Baptist church in Alexandria, Virginia, where the requirements are less restrictive, the Baptist Press reports.

The 850-member church is being represented by attorneys at the First Liberty Institute and WilmerHale, LLP, according to the Christian Post.

This is not the first time Bowser has been accused of selective enforcement of the COVID-19 restrictions. The Daily Wire reports:

Bowser has previously taken flak after what some deemed unfair application of lockdowns, such as when federal lawmakers who crammed into pews at the late Rep. John Lewis’ (D-GA) funeral in Atlanta were exempt from her two-week quarantine edict. Members of Congress were also exempt from the city-wide mask mandate, which required residents to wear masks even outside or risk a $1,000 fine.

According to the lawsuit, Mayor Bowser herself admitted she was applying her enforcement discriminatorily during an MSNBC interview, wherein she said she preferred to see large gatherings employed for social protest.

“First Amendment protests and large gatherings are not the same,” she claimed. “And that’s why we don’t see our cities opened up to all of the massive events. Now, in the United States of America, people can protest.”