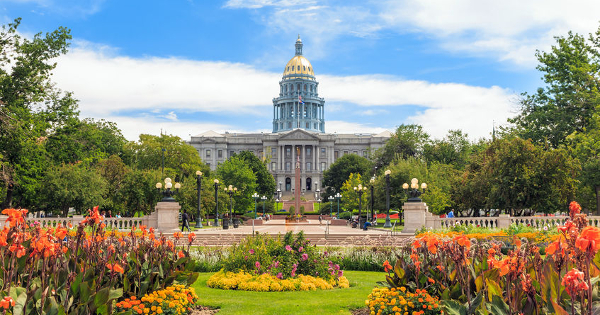 During the legislative session of 2020, Poudre School District (PSD) sent two lobbyists to the state capitol to lobby in favor of a bill, SB20-163. PSD has paid $48,801.45 of taxpayer money to the lobbying firm Mendez, Barkis, and Associates over the past 12 months, the firm sent to lobby in support of SB20-163 for PSD. 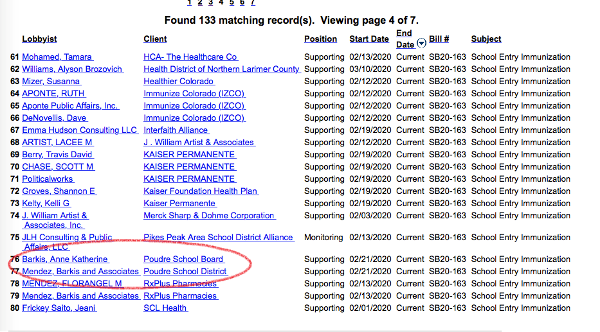 Why would PSD send lobbyists to support a bill that would harm up to 5% of its students and their families?

Thousands of parents showed up at the state capitol to testify against this bill for both the Senate and House hearings. Parents let it be known loud and clear that their children would be targets if this bill passed. The Senate hearing, which was heard in February 2020 before the COVID lockdowns, went into the early morning hours with hundreds of parents testifying against the bill.

Until the last minute of the hearing, before the Senate majority (Democrat) leader showed up and had words with his party members, two of the Democrat Senators looked as if they were going to be no votes. However, after the majority leader left, the bill passed through the Senate with a party-line vote. Democrats voted yes and Republicans voted no. One Democrat Senator admitted the pressure was too much to give a no vote.

The House hearing came after the COVID lockdowns in June 2020. The hearing was scheduled on a Sunday, an unprecedented day for a hearing, especially for such a controversial bill.

The committee chair allowed only 1.5 hours of testimony for each side. This allowed plenty of time for the proponents to get all testimony heard, but only gave enough time for a minute percentage of the thousands of opponents who came to testify against the bill. In fact, thousands of citizens who came out in opposition to the bill were forced to stay outside of the Capitol during the hearing.

SB20-163 is a bill that requires several new procedures relating to vaccine exemptions. The most troubling to parents is that it requires parents who choose to exempt their children from even one vaccine required for school entry, for personal or religious reasons, or children who are exempt for medical reasons, register their exemptions into a State tracking database full of personally identifying information on the child.

This database is an Immunization Information System or IIS. It houses dozens of personal data fields of private medical, location, and age information that parents would not want anyone to have access to unless the parent gave formal consent. Yet, over 6,000 people in Colorado currently have access to this Colorado IIS, also known as CIIS.

Sandra Smyser is the superintendent for PSD and is the person responsible for the approval of over $48,000 being paid to the lobbying firm over the year that included the lobbying for SB20-163. The opposition to this bill was well known and was covered in the local media.

Thus, Ms. Smyser cannot claim that parents wanted this bill to pass nor can she claim that she was working for her students. If she was not working for her students, who was she working for? Who was she helping and why would she be willing to pay lobbyists, at the tax payer’s expense, to lobby for a bill that would bypass existing privacy laws such as FERPA and force parents to enter their children’s private medical data and choices into a state tracking registry?

Smyser must realize that the reality of tracking registries is about to become much more real and concerning to thousands of more parents who do not want their children to be used as Guinea pigs for an experimental Covid vaccine that may use never before tested mRNA technology.

Especially now that multiple news outlets are reporting that a mandatory COVID vaccine is a great possibility and polls show that about half of the population is reluctant to comply, the reality is that exemption tracking will affect even more children in the future.

Looking deeper, it appears that Sandra Smyser did in fact have a reason to hire lobbyists to support SB20-163, and that reason seems to be nepotism. Sandra Smyser appears to be choosing her son and his interests over the interests of the students she is charged with serving.