At the young age of just 21 years old, this Black Panther leader managed to pull off what many at the time considered to be impossible — uniting different races and seemingly opposed political groups in common cause against the ruling class.

Some say this is the true reason why he was assassinated. 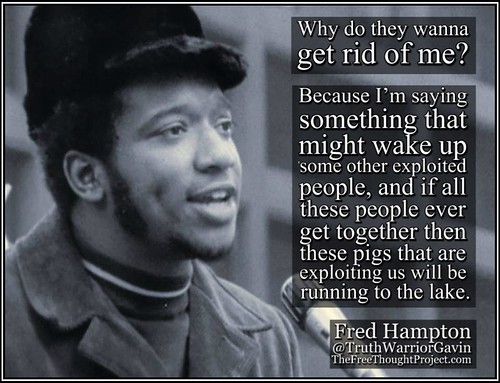 Sadly, very few people today know who Fred Hampton really was, what he truly stood for, and how he was brutally assassinated. In this blog I will not be exploring the complexity and exceptional integrity of this man’s character in detail, since I believe he is deserving of a much more meticulous write up than I can offer at this time. Nonetheless, I would like to share his transcendent message of unity and solidarity to help remind everyone who the real enemy is. Please feel free to take and share any of these quotes from this article. His message is extremely important. 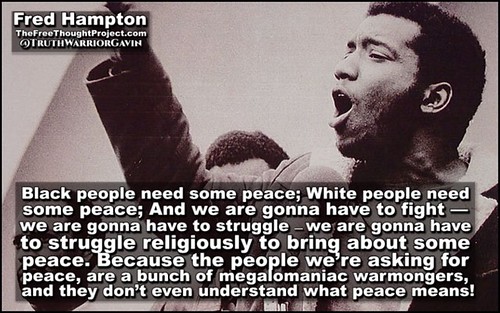 Rising quickly within the ranks of the Black Panther Party in Chicago, under Fred Hampton’s leadership they were feeding more hungry children free meals than ever before through the BPP Free Breakfast Program. The group also offered free healthcare to those in need; safe transportation for the elderly and they provided education to children and adults on subjects like political science, and other relevant topics, that were (and still are) sorely lacking from government controlled education. Perhaps most controversial, but well known today, is that they also had patrol units that would police the police, and ensure the cops were not violating anyone’s constitutional rights. 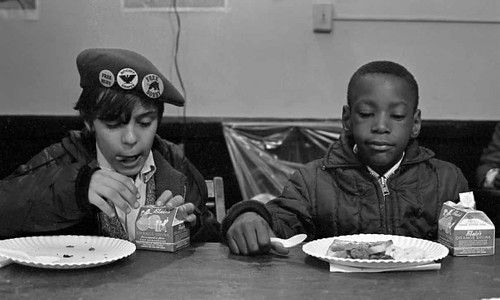 Fred Hampton also managed to broker a peace between some of Chicago’s most powerful gangs and formerly opposed groups, by helping them become aware of their mutual struggles and human principles. It was through these brilliant communication skills that he was also able to coordinate the establishment of the “Rainbow Coalition,” which brought together the Young Lords (Largely representing poor Latinos), Young Patriots (Largely representing poor Whites), and the Black Panthers. The group would also later be joined by a number of other revolutionary groups from other walks of life, including the mostly White Students for a Democratic Society, the mostly Mexican Brown Berets, the American Indian Movement and the mostly Chinese Red Guard Party, amongst others.