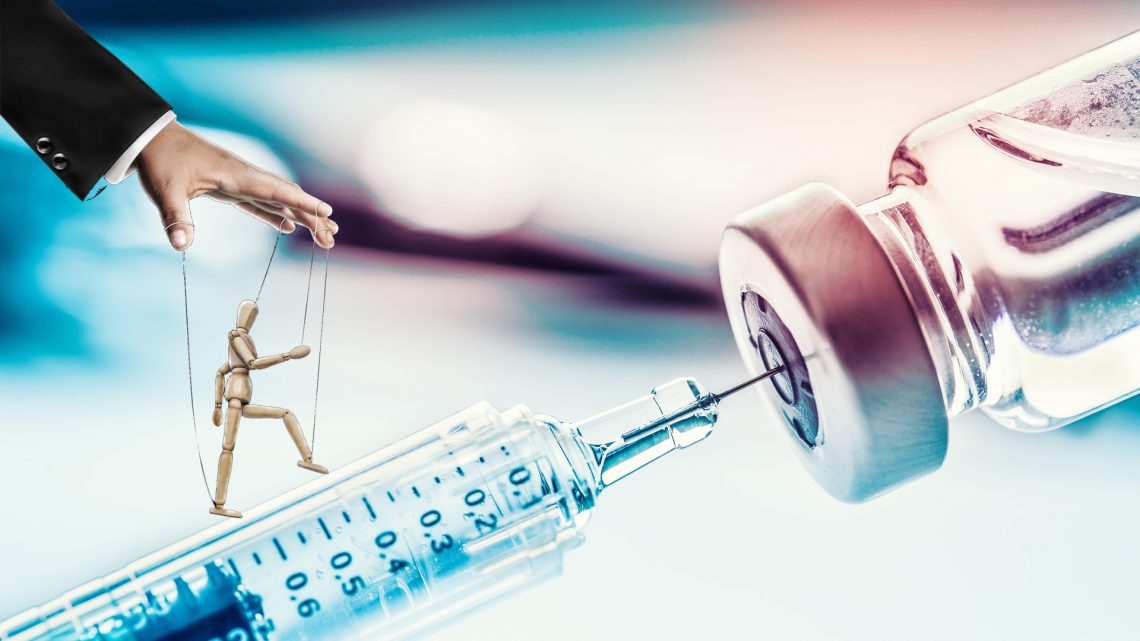 My mother was a nurse in London in the 1960s, where respiratory illness was prevalent amid the industrial pollution of the day. The hospital wards would be filled with patients in tents, meticulously maintained and cleaned to avoid infection by the regimented and strict battalions of nurses. Woe betide anyone who stood up the matrons of the day. Those fearsome custodians of good practice were there to enforce rules that saved lives — or so they believed. However, that trusting medical orthodoxy of the time did not dare question the wisdom of placing patients under plastic bags, with the result that many would have died of asphyxiation, as witnessed by my mother. Noticeably absent was also an outcry and public exposure of this widespread malpractice. At some point, someone realized that the tents were killing people, and they came down quietly and suddenly, never to be mentioned again.

When we talk about modern medicine, we are actually referring to a medical industrial complex that relies on pharmaceutical and machined-based interventions, which are funded either through taxpayers or private insurance schemes. The scientific orthodoxies adhered to, of course, emanate from medical schools. But who funds the medical schools and what are their agendas?

For those of us who have been paid to investigate and question public narratives, the issue of vaccine efficacy and its widespread implementation is open to question. How many of the doctors who prescribe these “inoculations” actually go through the empirical data and fully read the published reports?

It would be unwise to assume that the media would have exposed any malpractice or sinister agendas in the medical field by now. The last expose that I recall from a newspaper that I worked for happened under an editor called Harold Evans at the Sunday Times in London — who brought to light the thalidomide scandal in 1972, where pregnant women in 46 countries took the tranquilizer pill that was said to have no side-effects, but which caused 8,000 babies to be born with terrible deformities.

The emerging Covid-19 schematic throws up several anomalies and discussion points: is the testing accurate? Is there an agenda to destabilize societies and institute more draconian social controls? is the US election cycle a factor in a larger plan to create chaos and unemployment to discredit the sitting US President? Why is there such blatant and blanket censure of opinions that challenge or question the official narratives? Why would social media giants risk their very existence by employing algorithmic AI bias to deplatform dissenters or deep thinkers?

Social media is peppered with smartphone footage of empty hospital wards and listless nurses and doctors. More hospital staff are coming forward each day to describe both the empty beds and in some cases the suspect protocols being administered to patients who are admitted with Covid-19 symptoms — or not, as the cases may be. In the UK, homes and gardens are regaled with rainbow backed slogans saying “Thank you NHS!” in a homage to the nationalized healthcare system that was established after the second world war. It would not be an exaggeration to suggest that the British health system commands a cult status among many people. The impulse to “get behind the NHS” is perhaps derived from the war-time spirit of “pulling together to defeat the common enemy” — at that time the Nazis, who had their own collective notions around social welfare and health.

Even a cursory glance at the characters who formed the inner core of Germany’s Third Reich administration under Adolf Hitler reveals eccentric, angry and ego-driven maniacs who managed to institute rapid and dramatic social change and industrial rectification. This esoteric and ambitious cabal oversaw a cadre of brilliant military officers, architects and administrators who were put to work under the umbrella of National Socialism. The propaganda and medical ministries were integral to that program and had the full weight of the Nazi machine behind them. We all know that the Nazis were the “bad guys”, because Hollywood keeps telling us so; but how many ambitious careerists out there secretly admire what was achieved under that brief social movement? And how many of their kin were integrated into America’s post-war military industrial complex? If there is any truth in claims around “Operation Paperclip” — where 1,600 German scientists, engineers and technicians were taken to the US — then perhaps the same process applied to the industrial medical field, where eugenics and mass chemical dosing were cornerstones of the fascist world view.

If all this craziness disturbs you, then perhaps shift your perspective to one of a character in a play, where you have a part to play and, the opportunity, or silver lining, may be that you are forced to go inward, to find the core of your being, where the truth that resides in your heart supersedes the more vapid musings of the ego. And once you do reconnect with that more authentic self you are better able to gauge and operate in a world of mixed messages and illusions.

Bill Gates, the Microsoft-founder-turned-philanthropist, has faced controversy in the so-called developing world after instituting mass polio vaccination programs that reportedly caused paralysis among some Indian children. As Big Pharma outlets rush to develop a Covid-19 vaccine, Gates has stated that you will need “multiple doses” for it to be effective. I will not spend exhaustive amounts of time on the scientific merits or fallacies and contradictions surrounding vaccine claims, which are covered in other articles here.

As perplexing as the rationale might be for the roll-out of mass medications that contain ingredients you wouldn’t put individually on your body, never mind in it, are the legislative responses from mayors and other community leaders around the world. A night-time curfew just introduced in Victoria, Australia, by premiere Dan Andrews seems to create a linkage to the virus’s reported origin among bats. Is he suggesting that the bats might have travelled to his state and are stalking the streets by night? As of this week, Melbourne is in lockdown, based on a death rate of 200 people over five months.

This is as much a battle for hearts and minds as it is for physical health or freedom. Amid the mixed messages and fearmongering by politicians and the media come enigmatic and potentially loaded remarks by US President Donald Trump. In a tweet dated July 21, Trump referred to the “invisible China Virus”. In the recent past he has mentioned the Spanish Flu being in “1917”, while discussing the current pandemic. The so-called Spanish Flu ravaged the world in 1918, and yet he posits it being from the previous year. When both remarks are considered, could he be using subtext to point to Marxist uprisings of then and now; where disease, or the fear of it, is used as a method of control?

If the reports by physicians around the world about hydroxychloroquine are to be believed, then a safe, fast and inexpensive treatment is already available.

As I write this article in my favorite cafe, a long line of people are waiting to order lunch. Almost everyone is wearing some kind of facial covering — some have surgical masks; others with trendy patterned materials; one man has what resembles a diaper; while another has a black mask over his chin but not his nose. Laurel and Hardy would not look out of place in this tragi-comic story.

I spent years trying to pluck up the courage to join female Japanese tourists with their Burberry facial attire while traveling on dusty subways, but never broke through the social stigma of being a man in a suit with a dust mask on. Taking to a bike as a commuter in congested cities finally provided the justification for facial particulate filters and eyewear. Now, as a rurally based pedestrian, I am the one shunning them, but still drawing the angry glances. The amount of irony in life must surely alert us to a scriptwriter up somewhere above the firmament.

The comedic, or sadistic, suggestion by a senior US health official this week that people should also wear goggles only adds to the sense of incredulity and absurdity of this whole campaign. Someone somewhere is taking pleasure in manipulating the “useless eaters”, to paraphrase Henry Kissinger, and making them do things that are humiliating and illogical.

All this over a virus that has a 98.6 percent recovery rate.

Alternatively, or concurrently there may be other forces at work and plans in motion. Reading between the lines and using some of the clues discussed above, we may be partaking in an operation by benevolent actors within the US and other administrations, whereby we are allowed to perceive the mechanisms of our enslavement by the corporate and globalist machine. This would mean that the sooner we wake up to the harsh reality, which would date back decades or centuries, the sooner we are released from the game, and our bondage.