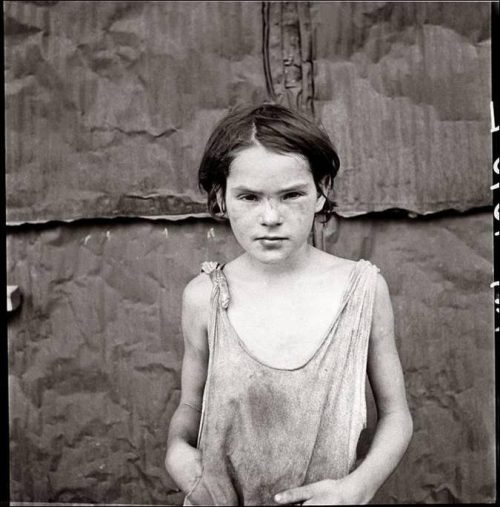 Measured by the common man (or common girl), we’re on the road to ruin. The US has been in decline for decades, but you can’t see that by looking at stocks. You can’t tell it from those who lie about the economy to make their living, but look at longterm real numbers, and you see an empire in decline that just got its wobbly legs kicked out by COVID-19.

The clamor of false profits

Listen to the kinds of false narratives being spun to claim the economy is largely recovering. Call it the relentless and unrealistic belief in a V-shaped recovery narrative or whatever you want to call it, but the nonsense is still flourishing, though not the economy.

I’m going to start telling of our longterm decline by illustrating the falsehood via a stock advisor who wrote an article today to complain that the IHS Markit survey cannot possibly be correct in stating that the services sector of the economy is not improving but has merely stabilized; i.e., the survey says the business economy is neither falling any further nor is it recovering.

This investment advisor argues that the survey is clearly false because it tells him what he doesn’t want to be told. I’ll demonstrate that by tearing apart his own fake argument:

Services are some 80% of the US economy and so we can take their growth or contraction as a pretty good proxy for the economy as a whole….

The seasonally adjusted final IHS Markit US Services PMI Business Activity Index registered 50.0 at the start of the third quarter, up from 47.9 in June and improving on the ‘flash’ estimate of 49.6, to signal a stabilization in service sector business activity.

I went to our local mall yesterday for the first time since the economy was shut down. Now two full months after reopening, more than 50% of the shops remained closed. Of those, 80% were stripped bare. That calculates out to no hope that, at least, 40% of all the businesses in the mall are EVER coming back.

Almost all of those are service businesses, since even retailers are classified as services because most of them do not produce the products they sell. (There are a few exceptions at the mall of companies that retail only their own products.) What I saw closed was a bank, a coffee shop, a couple of food-court counters, hair stylists, and a couple of massage places as well as some boutique retailers. Even restaurants are classified as services because what they are really offering you is the preparation of something you could prepare for yourself, even though they are producing food items from resources they buy.

So, pay attention to what your eyes tell you. The real economy on the ground — Main Street — matches perfectly with what the IHS Markit Survey is showing for service businesses.

Yet this guy, who apparently has a stock market he wants to keep propping with a false narrative claims,

Service providers recorded the first increase in employment since February in July, as pressure on capacity due to COVID-19 restrictions on business processes causing delays to the handling of order books. Although only marginal, the expansion in payroll numbers signalled a turnaround from the marked contractions seen in April and May.

Pay attention to what the jobs numbers tell you! Only about 25% of the jobs that were lost have come back after two months. And that is by the Bureau of Lying Statistics false-positive standard. (See “Labor Dept. Trumps its Own Numbers.”) A deeper look at the numbers reveals that as many people are newly losing jobs (or re-losing the same jobs they lost a couple of months ago) as are going off of unemployment.

What does that mean? Those jobs that did not come back after two months of reopening, are not coming back! The job numbers match the shop closings; so does the IHS Markit survey, so it DOES add up.

Businesses aren’t remaining closed at the mall because they’re just waiting for things to get a little better before they reopen. Many are clearing out their shelves and taking down their signs. They’re not coming back, and neither are their jobs. If these businesses COULD reopen and re-employ people, they would. They died. Give up the fantasy that they will reopen.

Yet, the false narrative persists and people buying stocks continue to believe what they preach because they want to:

Firstly, as we know substantial parts of the service economy have only recently opened up again. And the PMIs should be about output, business etc from the immediately preceding period. So, the June numbers should show what has changed since May and so on. they are *not* supposed to be about changes from normal. The idea that as the economy opens up in July that the service sector is only flatlining from June seems most, most, odd.

It doesn’t seem even slightly odd if you take a walk around your local mall and look at how much has closed for good. Now, it may not be the same way everywhere. Some people may live where their malls are doing fine. Ours is not, but I’m sure some are OK.

The full and proper employment numbers … are showing substantial gains in employment. So substantial that they can’t be happening in manufacturing alone as the sector’s not really big enough to absorb that many people.

No, they’re not. They’re showing gains that match up perfectly with what my eyes tell me about my nearest city. Less than half of the mall has reopened for business. Job gains have stabilized, as in flatlined. Businesses that have reopened, are probably running at major losses because the mall I walked through only had, at most, 1 person per 100 feet space in front of me. A room normally filled with people at tables had two people at one table.

The huge rebound quit as soon as it began, and the numbers of new hires are now just matching with the numbers of new layoffs. That’s if you look at real numbers and not just the BLS hype about its numbers. (As I wrote about in the article just referenced.)

More than half of the restaurants that have closed have not reopened. Most report on Yelp they are closed permanently. Those are services businesses that will never be rehiring their laid-off employees. So, real statistics add up with what my eyes tell me from a walkaround at the mall and what service businesses on Yelp are reporting.