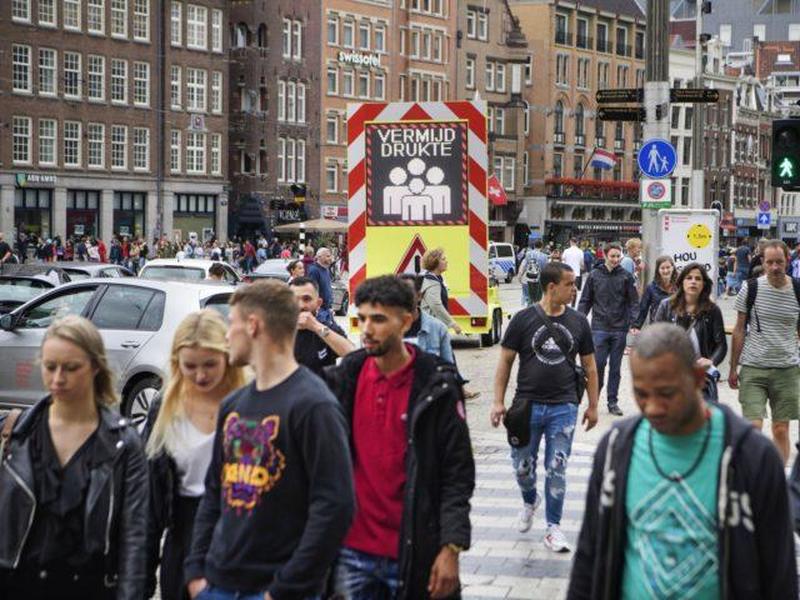 American public health experts, led by Dr. Anthony Fauci, have struggled over the past couple of months to push a specific narrative on the public: Wearing a mask doesn’t so much protect you from being infected with SARS-CoV-2, but if you are infected, wearing a mask could stop you from passing the virus to someone else.

The mainstream media has backed up these assertions with vague references to “science” and “research”, while a coalition of celebrities and progressive activists have tried to tar anybody who doubts this narrative – or, worse, refuses to wear a mask at all times outside their home – as a “denier”.

Well, if everybody who is skeptical of the “masks save lives, period” is a “denier”, then how does one explain the Dutch government’s decision to refuse to mandate mask wearing (the only place where masks must be worn in the Netherlands is on public transit).

On Thursday, Reuters reported that the Dutch government had decided the day before that it would not advise the public to wear masks to slow the spread of coronavirus because their effectiveness has not yet been proven.

The decision was announced by the Netherlands Minister for Medical Care Tamara van Ark following a review by the country’s National Institute for Health. Following a resurgence in cases over the past week or so, the Dutch government has decided it will instead seek better adherence to social distancing rules.

“Because from a medical perspective there is no proven effectiveness of masks, the Cabinet has decided that there will be no national obligation for wearing non-medical masks” Van Ark said.

Many European countries have made masks mandatory in public indoor stores and in crowded outdoor places. The US has generally followed suit, though some overzealous governors and local officials are also requiring people to wear masks in most outdoor scenarios, even when they aren’t in a large crowd. And NY Gov Andrew Cuomo has pledged to launch an “investigation” into a “drive thru” concert on Long Island where the Chainsmokers and “DJ D-Sol” provided entertainment. This, despite the fact that a growing body of research and experience suggests that outdoor gatherings don’t present a major risk of spread. Case in point: Cuomo and Mayor de Blasio are allowing protests to continue unabated, without question, despite the complete absence of evidence to suggest that COVID-19 cares about your personal politics.

Last week, nearby Belgium made face masks mandatory in more public places, and in England they have become compulsory in shops.

Even President Donald Trump has done an about-face on masks, swallowing his tremendous ego and donning a mask for the press.

The Dutch government insists that it’s strictly following the advice of the experts in the so-called Outbreak Management Team, which doesn’t believe in the general use of masks.

Dutch virologist Jaap van Dissel from the National Institute for Public Health and the Environment said Wednesday that masks can lead to a “false sense of security”. When wearing masks, people might not follow other social distancing rules like keeping their distance which also help prevent spread.

Mask-wearing may also prompt people to touch their face more frequently, putting them at risk of accidentally infecting themselves while adjusting their masks.