For over 10 years, I’ve been documenting proof that Britney Spears is one of the most obvious cases of Monarch Programming (a sophisticated version of MKULTRA) in showbusiness. That’s because every single detail about her career and her personal life can be studied as “Industry Slave 101”. For over two decades, the singer of the appropriately titled hit I’m A Slave 4 U has been going through the typical motions of an industry slave. From entering the industry at an early age (with Disney), Britney is now a heavily medicated, heavily controlled and heavily abused prisoner of powerful people. And, despite the millions she has generated throughout the years, she remains powerless.

In 2007, Britney had a very public breakdown where she infamously shaved her hair (MK slaves have a special relation to their hair) after her children were taken away from her (typical trauma-inducing abuse in Monarch programming).

Britney attacking a car with an umbrella in 2007.

Since then, Britney lost custody of her children, lost control of her life, and went from one controlling “boyfriend” (MK handler) to another. Britney has been under the conservatorship of her father, meaning that she has zero control over her life, her career, her finances, and everything in between. Even her internet activity is tightly monitored.

In 2020, the #freebritney movement has resurfaced because her Instagram account is SO SUSPECT. It is filled with bizarre, sometimes enigmatic posts that some fans believe contain coded messages. In other cases, Britney looks rough (as if she hadn’t been sleeping for days” or simply doesn’t look like herself. Also, there’s an overwhelming amount of symbolism relating to Monarch programming.

Nearly all of the comments on her posts are from worried fans that are creeped out by what they’re seeing. And lots of comments get deleted on a daily basis.

Is Britney calling for help? Is she even in control of her account? Are her handlers flaunting their control of Britney like they do in her music videos? Here’s a look at her account.

Is Britney Being Trafficked?

Judging by the emojis used at the end of the post, they really want her fans to investigate whatever “Planet Nine” is. After some digging around, I discovered that Rose McGowan (another industry slave and one of the original Harvey Weinstein accusers) recently released an album titled Planet 9.

A post from Rose McGowan’s IG page about her album Planet 9.

Why does any of this matter? Because a couple of weeks after Britney’s post about Planet 9, McGowan stated that Britney was being “controlled and trafficked” on Instagram.

“There’s another Britney on my mind today, too, one that is alive, one that can be saved from the leaches that are controlling and trafficking her. Free all the Britneys and all those who get hurt by the trauma of Hollywood values and toxic ‘rules.’ #FreeBritney”

Several posts made by McGowan allude to MKULTRA in Hollywood and this is one of them. In this post, McGowan does not only claim that Spears is being controlled, but that she is actually being trafficked. Considering the fact that Britney Spears has been the figurehead of Beta Kitten Programming (MKULTRA program for sex slaves) for years, this only makes sense.

It makes even more sense when one witnesses the weirdness of her other Instagram posts.

Scrolling down Britney’s IG account is an off-putting experience as one gets the gut feeling that there’s something wrong with her. In some pictures and videos, Britney seems tired, nervous, shaky, and unwell. Sometimes, it appears as if she’s been crying. It is as almost as if some pictures were are taken right after she was abused in some way or another.

And, I know that I’m not imagining things because about 92% of the comments on her posts are from people wondering what the hell is going on.

In this post, Britney’s hair extension track is falling off. In many of her pics, she just looks unhappy – as if she is being forced to pose. Also, she’s wearing that choker in nearly all of her pics, as if it was a dog collar.

In this post, Britney is drawing attention to her smile. Here’s a strange detail noticed by fans: There’s a gap in Britney’s front teeth. She did not have a gap before.

Two older pictures of Britney where there’s absolutely no gap.

So what happened to her teeth? Can a fully grown woman naturally develop a gap? I don’t believe so. Either Britney had massive reconstructive mouth surgery (a result of MK trauma?) or … as some fans believe … that’s not Britney at all. 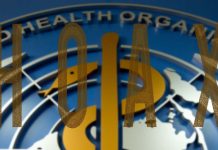 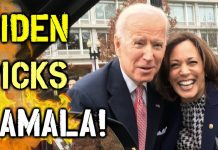