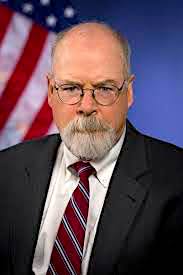 The New York Times is leading the full-court press to improve on what it regards as Special Counsel Robert Mueller’s weak-kneed effort to blame the Russians for giving us Donald Trump.

The LSM should be confronted: “At long last have you left no sense of decency?” But who would hear the question — much less any answer? The corporate media have a lock on what Americans are permitted or not permitted to hear. Checking the truth, once routine in journalism, is a thing of the past.

Thus the reckless abandon with which The New York Times is leading the current full-court press to improve on what it regards as Special Counsel Robert Mueller’s weak-kneed effort to blame the Russians for giving us Donald Trump. The press is on, and there are no referees to call the fouls.

The recent release of a 1,000-page, sans bombshells and already out-of-date report by the Senate Intelligence Committee has provided the occasion to “catapult the propaganda,” as President George W. Bush once put it.

As the the Times‘s Mark Mazzetti put it in his article Wednesday:

“Releasing the report less than 100 days before Election Day, Republican-majority senators hoped it would refocus attention on the interference by Russia and other hostile foreign powers in the American political process, which has continued unabated.”

Mazzetti is telling his readers, soto voce: regarding that interference four years ago, and the “continued-unabated” part, you just have to trust us and our intelligence community sources who would never lie to you. And if, nevertheless, you persist in asking for actual evidence, you are clearly in Putin’s pocket.

Incidentally, Mueller’s report apparently was insufficient, only two years in the making, and just 448 pages. The Senate committee’s magnum opus took three years, is almost 1,000 pages — and fortified. So there.

Recall how disappointed the LSM and the rest of the Establishment were with Mueller’s anemic findings in spring 2019. His report claimed that the Russian government “interfered in the 2016 presidential election in sweeping and systematic fashion” via a social media campaign run by the Internet Research Agency (IRA) and by “hacking” Democratic emails. But the evidence behind those charges could not bear close scrutiny.

You would hardly know it from the LSM, but the accusation against the IRA was thrown out of court when the U.S. government admitted it could not prove that the IRA was working for the Russian government. Mueller’s ipse dixit did not suffice, as we explained a year ago in “Sic Transit Gloria Mueller.”

… is a good offense, and the Senate Intelligence Committee’s release of its study — call it “Mueller (Enhanced)” — and the propaganda fanfare — come at a key point in the Russiagate/Spygate imbroglio. It also came, curiously, as the Democratic Convention was beginning, as if the Republican-controlled Senate was sending Trump a message.

One chief worry, of course, derives from the uncertainty as to whether John Durham, the US Attorney investigating those FBI and other officials who launched the Trump-Russia investigation will let some heavy shoes drop before the election. Barr has said he expects “developments in Durham’s investigation hopefully before the end of the summer.”

FBI attorney Kevin Clinesmith already has decided to plead guilty to the felony of falsifying evidence used to support a warrant from the Foreign Intelligence Surveillance Court to surveillance to spy on Trump associate Carter Page. It is abundantly clear that Clinesmith was just a small cog in the deep-state machine in action against candidate and then President Trump. And those running the machine are well known. The president has named names, and Barr has made no bones about his disdain for what he calls spying on the president.

The cognoscenti and the big fish themselves may be guessing that Trump/Barr/Durham will not throw out heavier lines for former FBI Director James Comey, his deputy Andrew McCabe, CIA Director John Brennan, and Director of National Intelligence James Clapper, for example. But how can they be sure? What has become clear is that the certainty they all shared that Hillary Clinton would be the next president prompted them not only to take serious liberties with the Constitution and the law, but also to do so without taking rudimentary steps to hide their tracks.

The incriminating evidence is there. And as Trump becomes more and more vulnerable and defensive about his ineptness — particularly with regard to Covid-19 — he may summon the courage to order Barr and Durham to hook the big fish, not just minnows like Clinesmith. The neuralgic reality is that no one knows at this point how far Trump will go. To say that this kind of uncertainty is unsettling to all concerned is to say the obvious.

So, the stakes are high — for the Democrats, as well — and, not least, the LSM. In these circumstances it would seem imperative not just to circle the wagons but to mount the best offense/defense possible, despite the fact that virtually all the ammunition (as in the Senate report) is familiar and stale (“enhanced” or not).

Black eyes might well be in store for the very top former law enforcement and intelligence officials, the Democrats, and the LSM — and in the key pre-election period. So, the calculation: launch “Mueller Report (Enhanced)” and catapult the truth now with propaganda, before it is too late.

No Evidence of Hacking

The “hacking of the DNC” charge suffered a fatal blow three months ago when it became known that Shawn Henry, president of the DNC-hired cyber-security firm CrowdStrike, admitted under oath that his firm had no evidence that the DNC emails were hacked — by Russia or anyone else.