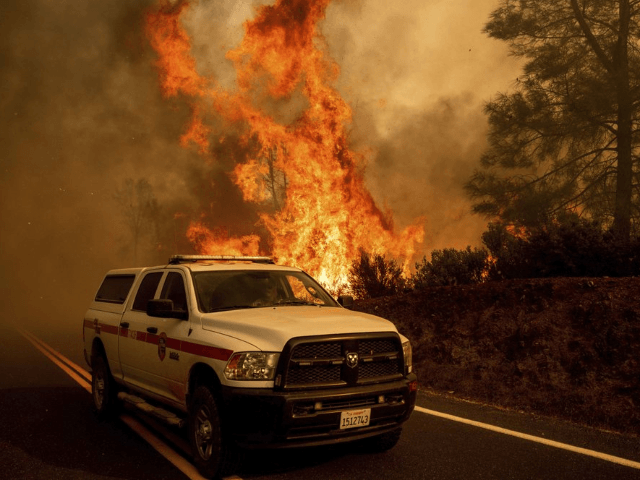 Lightning strikes have sparked hundreds of wildfires in California over the past week, with more than 1 million acres scorched and at least seven deaths reported.

Nearly 250,000 people have been asked to evacuate and 845 homes and other buildings have been destroyed.

The latest numbers on the Aug. Lightning Siege that has charred 1.2 million acres since Aug. 15. We are grateful for the 91 fire engines from Arizona, Idaho, New Mexico, Texas, Oregon, Utah, Washington to assist us in battling more than 2 dozen major wildfires. pic.twitter.com/h3Bj1SyUf3

California Fire Situation Update for August 24, 2020
Get the latest on the wildfires burning in California and what to expect in the coming days.

The Associated Press reported on the fires:

California over the last week has been hit by 650 wildfires across the state, many sparked by more than 12,000 lighting strikes recorded since Aug. 15. There are 14,000 firefighters, 2,400 engines and 95 aircraft battling the fires.

Fire crew made slow progress battling the blazes over the weekend, which included a break in the unseasonably warm weather and little wind. But the National Weather Service issued a “red flag” warning through Monday afternoon for the drought-stricken area, meaning extremely dangerous fire conditions including high temperatures, low humidity, lightning and wind gusts up to 65 mph that officials said “may result in dangerous and unpredictable fire behavior.”

“You could overlay half of one of these fires and it covers the entire city of San Francisco,” Bennett said on Sunday.

Aside from the first law enforcement officials said that people are taking advantage of fire victims by looting homes and businesses left behind.