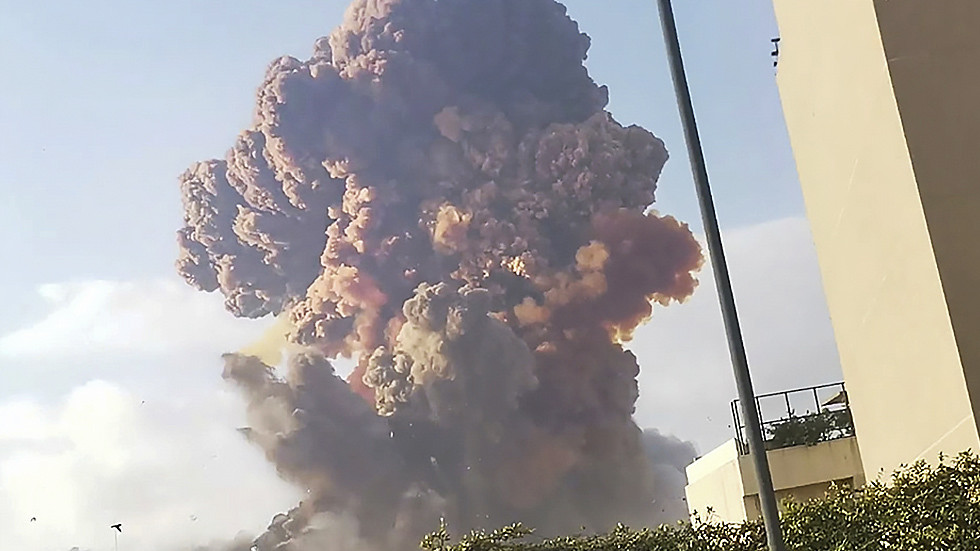 Two major explosions shook the Lebanese capital of Beirut, with eyewitness footage capturing the blasts and showing the devastation wreaked in the surrounding area. The blasts have been blamed on a fireworks accident.

The first blast struck the city’s port shortly after 6pm local time on Tuesday. Within minutes, reports flowed in of another more devastating explosion. Video footage captured the shock wave striking buildings kilometers away, as a massive mushroom cloud of dust and debris was shot into the sky.

Lebanon’s Ministry of Health instructed all available hospitals to prepare to receive the wounded, while the country’s health minister said on TV that there are a “very high” number of injuries.