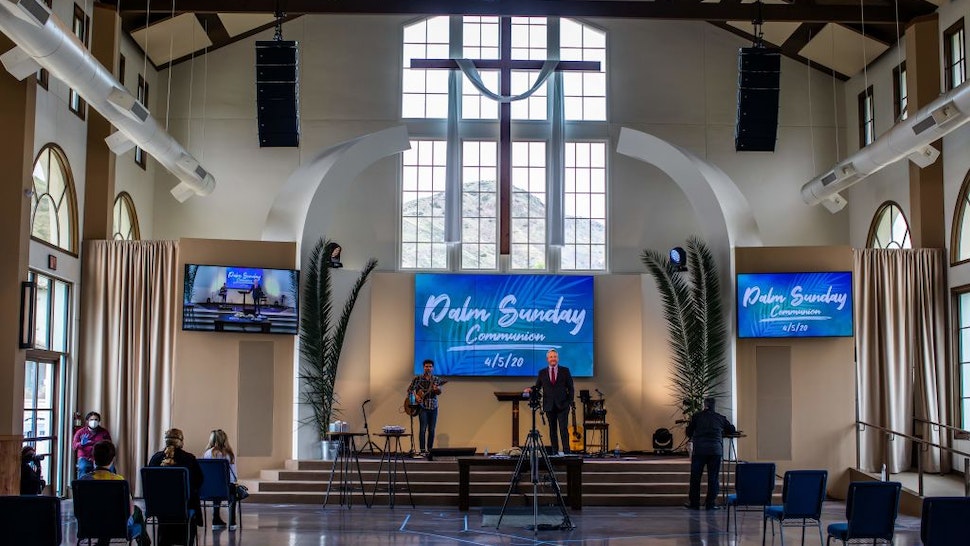 The pastor of a church in California who was sued by county officials for holding indoor worship services said he intends to disobey a judge’s restraining order and continue holding services anyway.

According to The Ventura County Star, Pastor Rob McCoy of Godspeak Calvary Chapel in Thousand Oaks, California, said on a Saturday evening live stream, “I wish it didn’t have to come to this, I really do, but we will be violating the judge’s order. We will be open this Sunday.”

The temporary restraining order, which applies to up to 1,000 people, forbids the church from gathering in their building or in any other indoor venue in the county until another hearing on Aug. 21, at which point Ventura County Superior Court Judge Matthew Guasco will either allow the order to end or issue a preliminary injunction, which could shutter the church for months.

Guasco cited “an immediate threat to public health and safety due to the 2019 novel coronavirus” in his restraining order. “The Constitution is not a suicide pact,” he said. “The exercise of individual liberties has to be consistent with public health.” Ventura County, north of Los Angeles, has had 8,000 confirmed cases and 89 deaths out of its approximately 850,000 residents.

Ventura County Sheriff’s Capt. Shane Matthews told The Ventura County Star on Saturday that there were no plans to disrupt the Sunday morning church service, but that police would likely be on-scene to document the violation of the restraining order and issue citations later in the week.

McCoy urged his congregation to attend the service but reminded them of the potential consequences. “Come to church, and if you’re one of the first thousand, you win a prize. You will get a citation. It will be a misdemeanor,” he said. “It’ll go on your record; be mindful of that.”

As The Daily Wire reported, the lawsuit states: