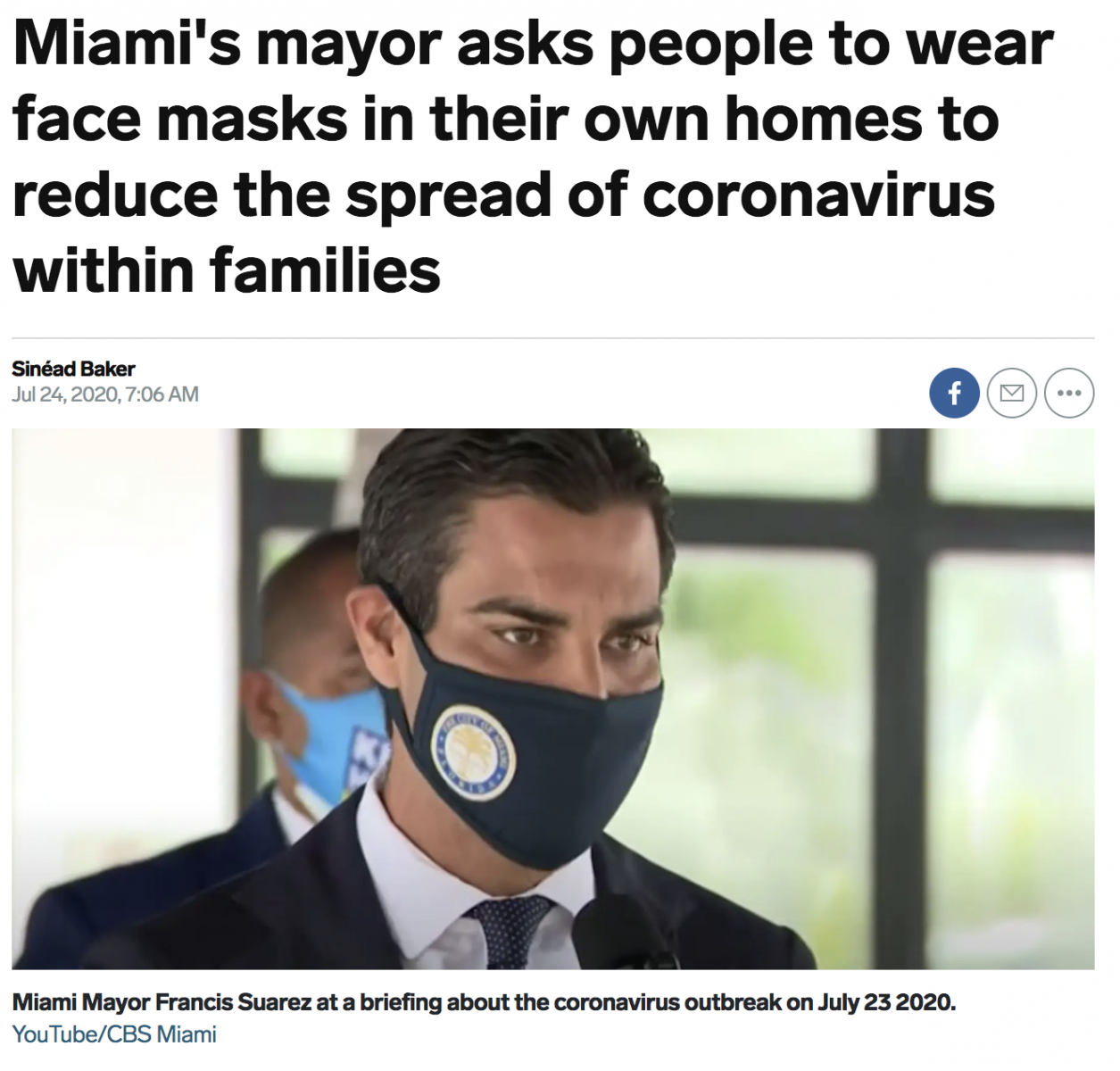 Wearing a face mask may carry a steep physiological price, adversely impacting your health and well-being in these already extremely stressful times.

Concerns about the harms of mask wearing continue to increase, especially ever since numerous US states began mandating their use as a non-pharmaceutical intervention intended to contain the spread of coronavirus — even in the glaring absence of unequivocal clinical or epidemiology proof.

We now see before us, the world over, one of the largest human experiments ever conducted using an intervention that was not once proven effective or safe for preventing the transmission of a respiratory virus, in community settings, through the kind of randomized, placebo-controlled, clinical trials you would expect for it to be rolled out and mandated by our government for hundreds of millions of people, simultaneously.

Recently, government officials (such as Miami’s mayor Frances Suarez) have even suggested that people should wear masks within their homes to protect family members, adding an element of absurdity and hyperbole to this highly questionable health policy, non-compliance with which can result in fines and even jail time. For those who would like to take an immediate stand against mandatory mask wearing, in your homes, churches, communities, and schools, use the campaign set up by the non-profit health freedom organization Stand For Health Freedom here.

But what are the risks and benefits of mask wearing? And shouldn’t they both be known in order that the medical ethical principle of informed consent be practiced?

While the pro-mask side, promoted through tens of thousands of mainstream media and government messages, daily, is that masks are a priori safe and effective, and that refusal to wear them is harmful to others, a growing body of scientific literature profoundly contradicts and refutes this narrative. Despite appearances, these proclamations are not based on a sold scientific evidence-base. Visit QuestioningCovid.com to view the first section, “Response to Mandates: Masks,” to hear testimony and review cited research indicating they are farm from safe or effective. Take a look at a recent meta-analysis on mask wearing that raises even more doubt that they have any value in the present coronavirus crisis here. For a review of the literature on the down side of masks, you can read neurosurgeon Dr. Robert Blaylock’s article on the topic here: Dr. Blaylock: Face Masks Pose Serious Risks to the Healthy Or, view the study abstracts on the GreenMedInfo database on facemask research.

Given the, at best, equivocal research supporting mask wearing, there are more questions than answers as to what the overarching effects will be from this widespread, coerced or mandated human experiment. 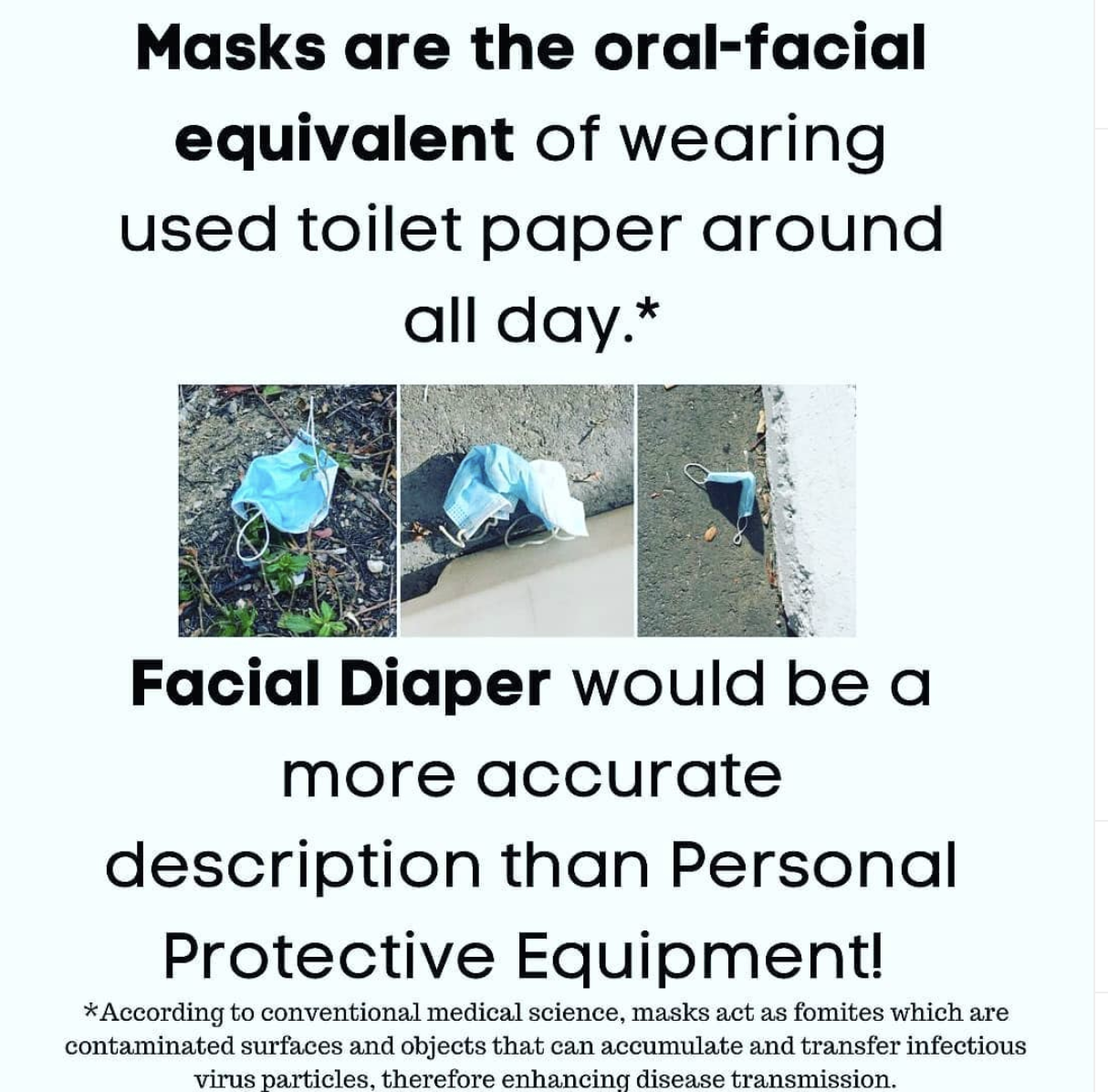 Pro-Mask versus Anti-Mask…What Both Sides Stand To Lose

One thing that has become clear in the increasingly contentious debate around mask wearing is that there is an increased level of fear and anger between the two sides of this polarized and polarizing issue. Mask-wearers believe they are either protecting themselves, or virtue signaling their willingness to sacrifice their own convenience and safety to protect, the story goes, those who are “immunocompromised” (note: they assume as true what is still to be questioned, namely, their safety and effectiveness). Therefore to the pro-maskers, those refusing to wear them are selfish and are even percevied as active threats to themselves or those they love. On the other side, those who refuse to wear masks either believe it is unhealthy for them to do so, or believe that donning the masks are a form of submission signalling. And that the masks are symbolic of an almost ritualistic and mindless obedience to the power of the State, or an agenda that stretches far beyond our sovereign nation’s borders and it being controlled by interests or individuals who are manipulating us into giving up our civil liberties and health freedom for a psychological operation that is intent in stripping us from our formerly enjoyed freedoms. No matter which side of the debate you are on, the reality is that fear and anger are activated on both sides, and this is on some level most concerning of all, as this will result in dividing us all and creating even more dis-ease when the point right now is to find as much security, safety, and resilience as possible by working together and learning to co-exist despite our differences. 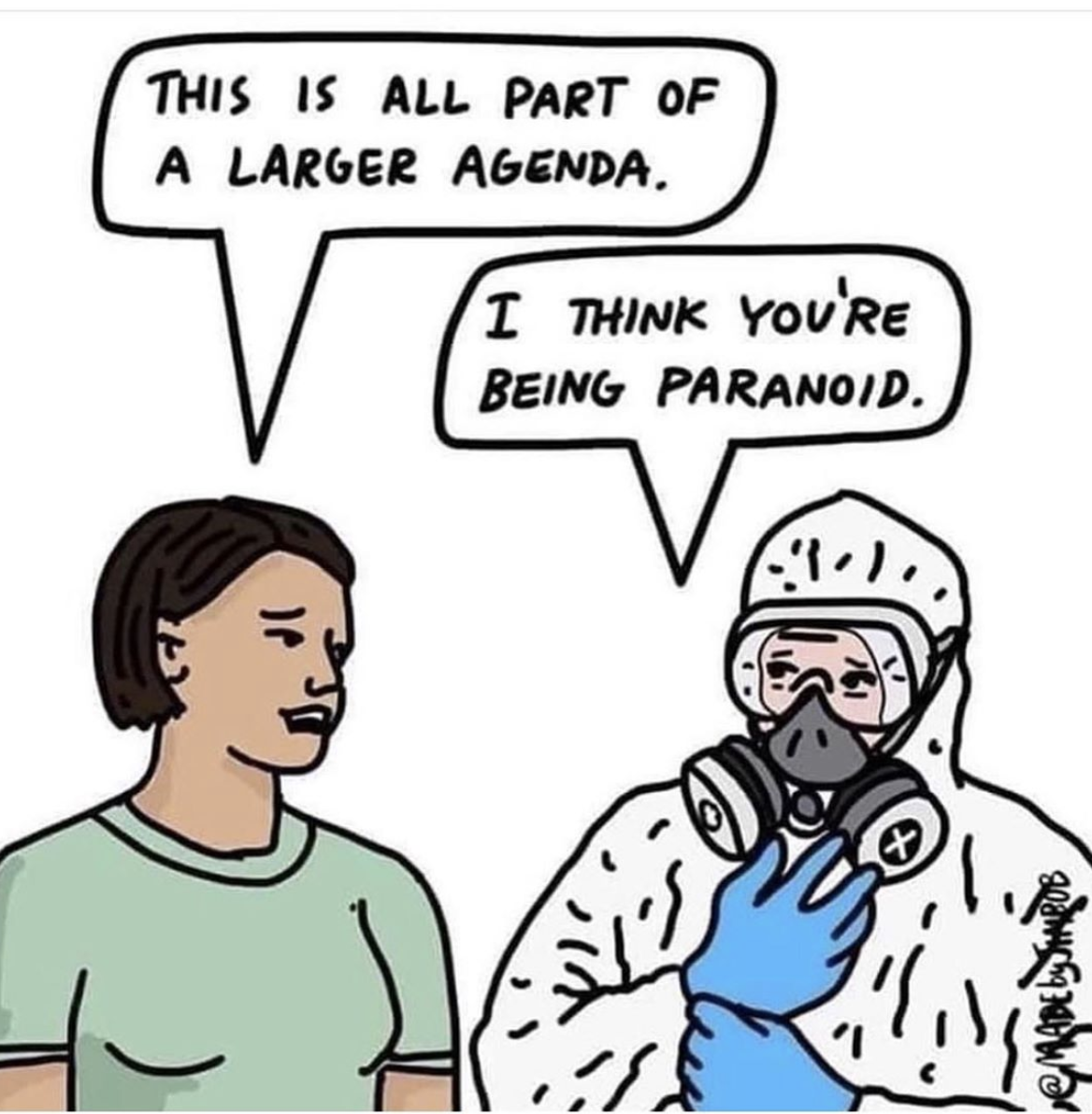 Could Masks Be Increasing Fear and Anxiety In Those Who Wear Them?

Given this context, a new dimension to the debate worth considering is the role that mask-wearing may have on increasing the fear response within those wearing them. This would, in theory, aggravate the already heightened fear that an invisible particle named COVID-19 may present a ubiquitious and lethal threat to their health.

Moreover, those who may not be fearful, but decide to wear the masks because they are told it would be the right thing for them to do to protect others, might actually experience heightened fear as a result of wearing one, hence creating something of a positive feedback loop, or put otherwise, a self-fulfilling prophecy of reifying and catastrophyzing a situation or perceived threat that may be much less harmful and far more overblown than is the reality.

Indeed, a study published in the journal Cell titled, “The Amygdala is a Chemosensor that Detects Carbon Dioxide and Acidosis to Elicit Fear Behavior,” indicates mammalian brain physiology responds to the inhibition of O2 (hypoxemia) and elevated (hypercarbia) CO2 levels with increased fear, mediated through the limbic brain structure known as the amygdala.

As referenced above through various cited references, mask wearing adversely affects brain and whole body physiology through a number of known and unknown mechanisms. One particularly eye-opening example of this is apparent in a study titled, “Headaches and the N95 face‐mask amongst healthcare providers,” which reports that of the 212 healthcare workers required to wear N95 face masks for their job, 79 (37.3%) respondents reported face-mask associated headaches. The study noted that headaches of the kind observed in the study have been ascribed to both hypoxemia and hypercarbia. While the study did not look at the respondents’ levels of fear or anxiety, it is possible that further research will show that, indeed, headaches are only one of a number of neuropsychiatric negative consequences of wearing masks.

Here is the study abstract on the amygdala-mediated fear response elicited by the suppression of oxygen and increase in CO2 in the rodent model:

“The amygdala processes and directs inputs and outputs that are key to fear behavior. However, whether it directly senses fear-evoking stimuli is unknown. Because the amygdala expresses acid sensing ion channel-1a (ASIC1a), and ASIC1a is required for normal fear responses, we hypothesized that the amygdala might detect a reduced pH. We found that inhaled CO2 reduced brain pH and evoked fear behavior in mice. Eliminating or inhibiting ASIC1a markedly impaired this activity, and localized ASIC1a expression in the amygdala rescued the CO2- induced fear deficit of ASIC1a-null animals. Buffering pH attenuated fear behavior, whereas directly reducing pH with amygdala microinjections reproduced the effect of CO2. These data identify the amygdala as an important chemosensor that detects hypercarbia and acidosis and initiates behavioral responses. They also give a molecular explanation for how rising CO2 concentrations elicit intense fear and provide a foundation for dissecting the bases of anxiety and panic disorders.”

The conclusion of study addressed a number of provocative findings: