This article concludes this seven-part series on Lincoln’s war against the South.  The war ended 155 years ago. In the century and a half since, the war’s history has been falsified and misrepresented as a righteous war by the freedom-loving North against the slave-holding South.

The absence of supporting facts has not hampered this false history.

As Lincoln said endlessly, he invaded the Confederate States of America for the sole purpose of conquering the states that seceded and reincorporating them into the United States. Lincoln fought what he declared to be a rebellion.

The South fought because she was invaded.

Slavery was not an issue. The US Constitution assigned the matter of slavery to the individual states.  Slavery was not subject to federal legislation. Lincoln acknowledged this over and over. Lincoln offered further inducement to the South to remain in the Union with the Corwin Amendment, a constitutional provision that forbade any federal steps against slavery ever.

Lincoln did not campaign for the presidency on the grounds of ending slavery. His first inaugural address in 1861 states: “I have no purpose, directly or indirectly, to interfere with the institution of slavery in the States where it exists. I believe I have no lawful right to do so, and I have no inclination to do so.”

The declaration of war against the South (July 1861) states that the purpose of the war is “to preserve the Union.”

The Emancipation Proclamation (1863) was a war measure declared “upon military necessity.” Unable to defeat the Army of Northern Virginia in battle, Lincoln hoped to stir a slave rebellion that would pull Confederate troops out of the front line and cause them to return home to protect their families and homes.  Lincoln’s effort to turn black slaves against white southerners failed.

Uninformed and indoctrinated people claim that secession documents from the states prove the South was fighting for slavery. As I have shown on numerous occasions, southern states wanted a constitutional justification for leaving the Union so that Lincoln could not declare them to be in rebellion and send in the army to quell the rebellion. Lincoln did not accept the argument that the Union was a voluntary act from which states legitimately could withdraw. The South could not make a constitutional case out of the tariff, because the Constitution made tariffs a federal, not state, issue. But slavery was a state issue, and the South concocted an argument that the refusal of some northern states to enforce the federal Fugitive Slave Law meant that the northern states had broken the contract and that the South’s secession was not responsible for the breakup of the union.

As Lincoln made it completely clear that he most certainly was not invading the South in order to free slaves, how can it be that the South was fighting to save slavery?

Why is this series important?  For a number of reasons.  One is that as the war had nothing to do with slavery, neither do the Confederate war memorials.

Another reason is it demonstrates the ease with which history has been falsified in order to serve an agenda.  People who can be convinced contrary to all known facts and the documentary record that the war was fought over slavery can be convinced of any lie. Obviously, a free press, free speech, public education, and democratic debate do not succeed in protecting truth.  If we are so misinformed about Lincoln’s war, what else are we misinformed about?  How much of what we know is real and how much is programmed into us to serve self-interested agendas?

Northerners like to get very self-righteous about their moral superiority over the South. But in fact, many northern states passed Black Codes, laws enacted to discourage free blacks from residing in northern states. Connecticut, Ohio, Illinois, Indiana, Michigan, and New York had laws that denied blacks equal political rights, including the right to vote, the right to attend public schools, and the right to equal treatment under the law.

Southerner John Randolph of Roanoke, Virginia, in his will freed his slaves and provided for their survival by establishing a trust to purchase land for them in Ohio.  The righteous Ohioans, so intent on giving their lives to free the slaves, drove John Randolph’s freed slaves from the land in Ohio that he had purchased for them.

Yet, there actually are Americans dumb enough to think that the North spent white blood and money in copious quantities in order to free black slaves that they considered inferior to whites and did not want anything to do with.

Indeed, the North cared so little about the negroes that nothing was done for them once they were freed by the economic destruction of the South. A fourth or more of the “freed” slaves died of starvation and exposure. Judge William Sharkey, reconstruction governor of Mississippi told Congress:

“I believe that there are now in my State very little over half the number of freedmen that were formerly slaves, certainly not more than two-thirds. They have died off. There is no telling the mortality that has prevailed among them; they have died off in immense numbers. I should say that very little more than half the amount of land that was under cultivation before the war will be under cultivation this year.”

What else was to be expected from Lincoln’s war of extermination against the South? Destruction of the agricultural infrastructure takes away both food and employment, and it disarms an army.

Armies “fight on their stomach,” and it was the absence of food that  forced Lee’s surrender to Grant. 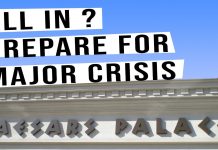