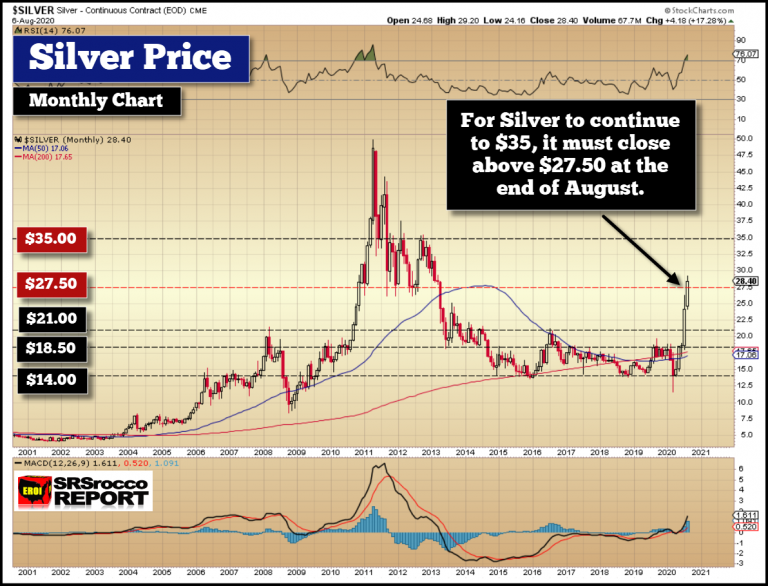 After silver fell nearly $2.50 from its highs in Asian trading last night, it bounced right off its important $27.50 level, twice this morning.  It will be interesting to see where the silver price rests and the end of the day.

The silver price bounced twice off the long-term monthly $27.50 level.

While it can fall below it, it is important that silver closes above $27.50 by the end of August for a continued RALLY to $35. pic.twitter.com/mUe87sZxw4

Now, there is no coincidence that the silver price RETESTED the $27.50 yesterday and bounced off it again this morning.  Then about an hour later we had the following intraday silver chart: 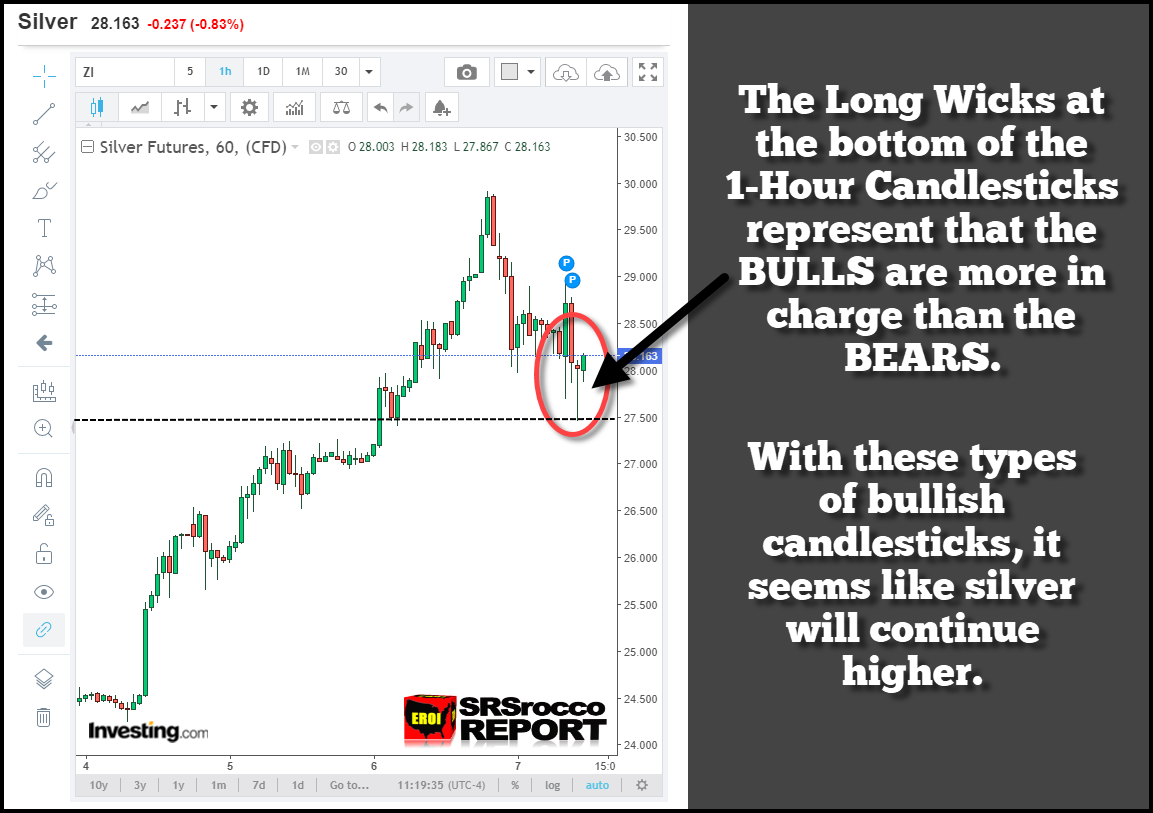 After the silver price hit the $27.50 level, then it moved up considerably.  If we look at the past four (1-Hour) candlesticks, the long wicks on the bottom suggest that the BULLS are more in charge than the BEARS… time will tell.

I have seen this sort of bullish setup several times the past month.  Typically, when there are 2-3 of these bullish candlesticks, it suggests a short-term bottom, with a higher trend.

For silver to continue to $35 during this present rally, it must close above the $27.50 level, shown on the monthly chart, on the last trading day in August. 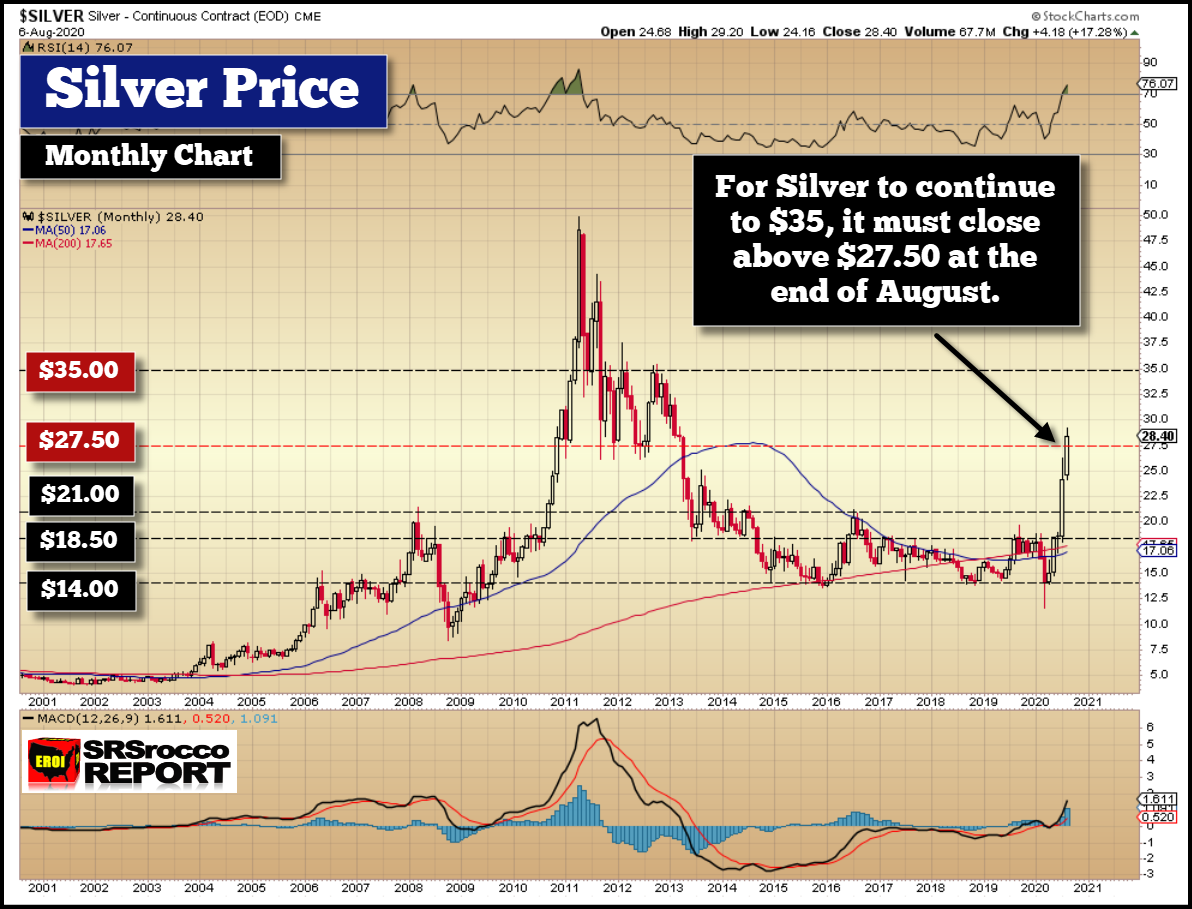 The SRSrocco Report will be transitioning to a Subscription Service towards the end of August.  It has been a long-time coming.  Many followers-supporters have asked that I provide “Premium Content” for members.  No, I haven’t decided to do this due to the present Bull Market in Gold and Silver.  This has been in the decision phase for several years and planning stages for 3-4 months.