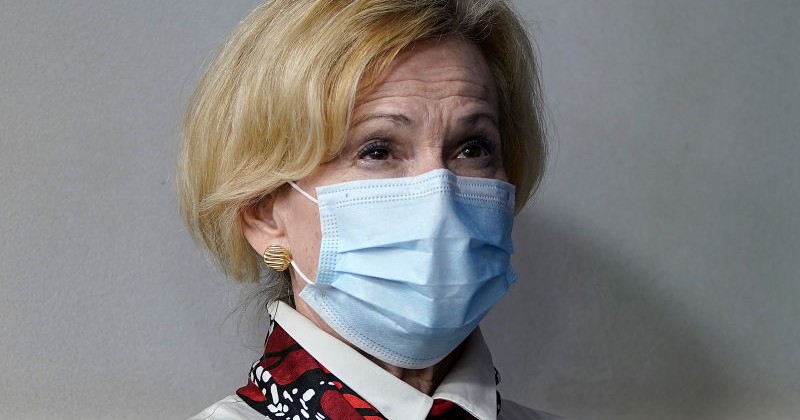 Dr. Deborah Birx has suggested that Americans may have to start wearing masks inside their own homes in order to fight the spread of coronavirus.

“What we are seeing today is different from March and April. It is extraordinarily widespread. It’s into the rural as equal urban areas,” Birx told CNN.

She then suggested that some Americans may need to cover their faces inside their own homes in order to protect other family members.

“If you’re in multi-generational households, and there’s an outbreak in your rural area or in your city, you need to really consider wearing a mask at home,” said Birx.

The doctor’s advice echoes that of the Texas Division of Emergency Management head Nim Kidd, who said people should wear masks indoors if they have potentially exposed themselves to the virus by being outside.

Florida’s state Democrats have also called for mandatory mask orders which would enforce wearing them inside homes, while residents of Miami and Miami-Dade County have also been told by mayors to wear masks indoors.

Of course, enforcing mandatory mask orders inside people’s homes would require the kind of draconian police action only seen during times of martial law.

The efficacy of wearing masks to stop the spread of coronavirus is still highly disputed, despite media attempts to publicly shame those who refuse to wear them.

As we previously highlighted, the Netherlands has refused to enforce the wearing of masks, while health authorities in Sweden have described them as “pointless.”