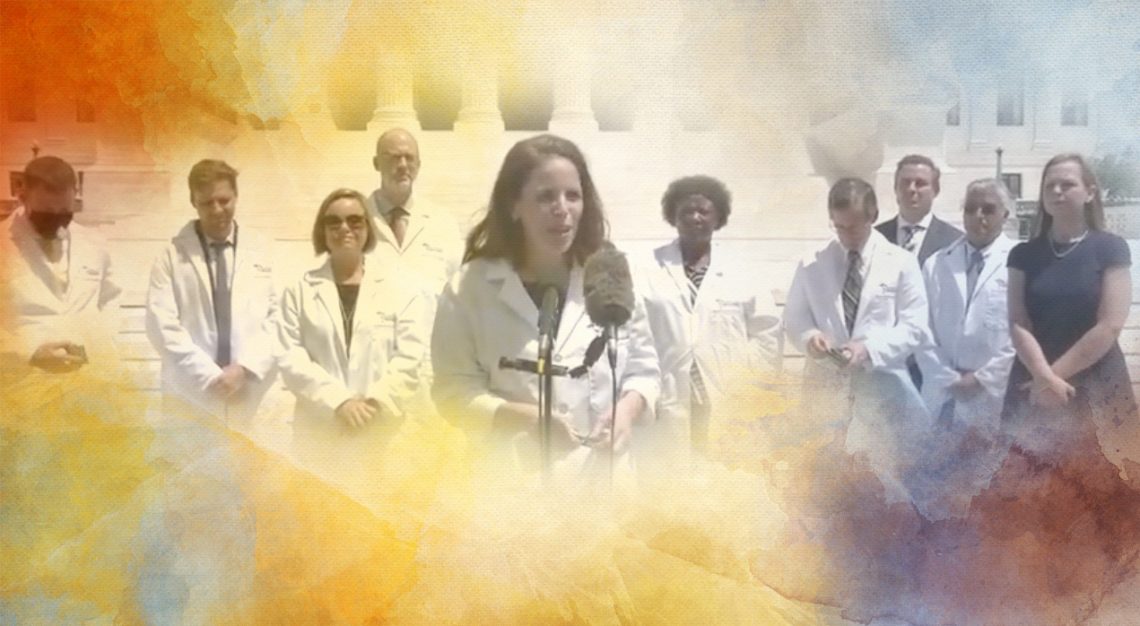 The coverup of an early cure for COVID-19 didn’t begin with the viral videos of America’s Frontline Doctors, but they sure did bring the message home, and exposed one of the most orchestrated and targeted attacks on subverting life-saving drugs, while everyone watched this cyclone in real time. Within 24-hours all major social media platforms, mainstream news, Bill Gates, Dr. Anthony Fauci, and politicians tried to kill the message, but not before it had already reached over 17 million people. America’s Frontline Doctors’ website was even removed in its entirety by Squarespace, and they had to quickly rebuild it on another host site. This was not just an attack on the doctors, this was an attack on the American people to subvert critical information on hydroxychloroquine that has proven to treat COVID-19 in the early stages. Why would they want to do this? Why would they want to hide a cure from the American people?

Wrap your head around this 24-takedown of a drug that’s been around for over 65 years with little to no side effects, only 20 deaths worldwide, and proven to work on COVID-19 patients. Tylenol results in 500 deaths annually in the U.S. alone, and it’s sold over the counter. Does this equate? Next, review the evidence they claim doesn’t exist, and why Remdesivir is the drug of choice, along with the push for a vaccine.

America’s Frontline Doctors are a group of doctors who have been working on the front lines treating COVID-19 patients with great success. It was founded by Dr. Simone Gold who has worked as an emergency room physician for 20 years and is also an attorney. They called for a press conference and a 2-day summit to bring the truth to the forefront and teach Americans about the disinformation campaign, hydroxychloroquine (HCQ), masks, fear, impacts on children, and other key aspects.

This report will cover:

• Videos of both press conferences by America’s Frontline Doctors

• The targeted takedown timeline and important key facts and players

• Evidence and the battle between HCQ and Remdesivir

• The fear is worse than the virus – statistics and data matter

It’s very important to review the timeline of this specific targeted attack, because there has been a political attack on hydroxychloroquine since President Trump first mentioned it. This was one of the most expeditious, well-orchestrated takedown that millions of people observed in real time, but likely missed some key points.

Breitbart went live with America’s Frontline Doctors’ press conference about hydroxychloroquine curing early stages of COVID-19 the morning of July 27, which was followed by a 2-day summit. Watch what happened next.

Immediately, Attorney Sidney Powell was censored by twitter, followed by Donald Trump, Jr. and hundreds of others who dared to share the viral video, including Robby Starbuck who President Trump had retweeted. Facebook and Google/YouTube removed the videos as fast as people were trying to archive them.

As twitter began censoring people and trying to block the sharing of the press conference and summit, they decided to create a “COVID-19 LIVE” banner in their top right news column, stating “Hydroxychloroquine is not an effective treatment for COVID-19, according to the FDA.”

When one clicks on the link, it takes you to a page filled with old information that the FDA put out on June 15, yet they created an image of it with the word “LIVE” to give the false impression it is “new” information. IT IS NOT. In fact, the FDA removed their “emergency use authorization” on hydroxychloroquine that limited the use to hospitals and allowed for distribution in interstate commerce, but this was misreported by nearly every news source out there. It’s understandable how it was misreported, because the FDA did a fine job of writing it up in a confusing manner.

Twitter went so far as to insert “what you need to know” bullet points from June, twisting the narrative. This twisted narrative that was reported by nearly every news source brought so much confusion to the medical field that many doctors believed they shouldn’t prescribe it. State medical boards and pharmacy boards clamped down on doctors and many pharmacies were instructed not to fill prescriptions by doctors. Of course, several governors were making a play to shut it down as well. Make no mistake, there is corruption in the state medical boards, with many serving big pharma. Here’s a perfect example of what one of the doctor’s is currently dealing with, which can be seen in the full summit videos.

So what’s the real narrative? Corey’s Digs reported on this back in June, immediately after this information was released, to try to raise awareness that the FDA had in fact REMOVED the restrictions. It was incorporated into the report on ‘Historical Hypocrisy & Psychological Warfare.’

On June 14, reports came out that The Association of American Physicians and Surgeons (AAPS) sued the FDA for “irrational” interference of access to life-saving hydroxychloroquine, and the very next day the FDA removed the emergency use. Till this day, as mentioned above, news sources are still misreporting this. Since then, the AAPS submitted additional evidence in a new court filing.

On June 15, the same day this information came out by the FDA, HHS Secretary Alex Azar had to clarify the use of hydroxychloroquine to the press. He clarified that it is NOW approved for use in hospitals, outpatient, and at home by prescription from a doctor. The FDA’s removal clears up the confusion that it could only be used in a hospital setting, when in fact it can be used everywhere. The data doesn’t support hospital based use for extreme cases, so they removed that restriction.

President Trump, many politicians, and frontline workers all take hydroxychloroquine as a prophylactic. In fact, Trump has been outspoken about hydroxychloroquine since the beginning, which is when it spiraled into a political battle targeting Trump, while ultimately putting Americans at risk by publishing bogus studies demonizing hydroxychloroquine, only later to be retracted.

The following day, at the crack of dawn, Dr. Anthony Fauci went on Good Morning America to try to debunk hydroxychloroquine once again. He pointed to the FDA, who long ago removed the restriction, as well as trials that have been retracted. So the “overwhelming clinical trials” he speaks of are BUNK, and he is fully aware of it. He also knows chloroquine works because of the 2005 study by the NIH. Now he suggests people may need to wear goggles. He’s off his rocker. 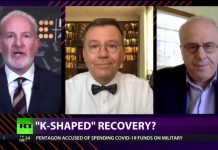