The average person has no idea about the tyranny that awaits them after the November election. Hint: It is 1932 on steroids!

The stage has been set for America to take its place along side of Mao, Stalin and Hitler. The most frightening aspect of these comparisons is that none of the most despotic characters in history had the technology that is available to the modern-day version of genocidal tyrants.

Warnings That Fell On Deaf Ears

For years,  I have tried to warn the American people about what was coming, but life was good, at least it was tolerable. There was no time to worry about the future. We had kids to raise, mortgages to pay and relationships to pursue. There was no time to worry about the potential dangers lurking in the future. Although America did not have time to contemplate and worry about the future, the future found a way to catch up with America. Can anyone imagine the adjectives that would have been used to describe me if I had said that in the future, by the year 2020, the following things were going to transpire:

Many of my colleagues have been warning about the intended destruction of America, but few listened. Instead, some of our readers, listeners and viewers repeated the mantra of insults from the mainstream media which referred to us crazy, conspiratorial, fear-mongers, doom and gloom, etc. Unfortunately, most of what we tried to warn America about is coming true.

Economically, it is too late, America is dead. You may not want to believe it, but we will soon be $30 trillion in debt and still about 40% of the people that were employed, pre-covid, are not employed today. In March of 2020, we warned you about the collapse of the economy that would result from the ridiculous lockdowns. We could have saved our economy if we would have refused to obey in March/April. It is now too late. However, I present another warning to you today. It is not just your economy that you have to worry about. It is not just your mental health that is at risk due to the unnatural lockdowns and mask-wearing. Our previous warnings centered on helping America survive economically. Our next set of warnings are focused on helping you stay alive for as long as possible.

This Is the Biggest PSYOP In History

We hear this all the time, we are going throug a psyop. What does that mean? Nobody ever explains it.

America has been hit by an unbelievable blitzkrieg of social, economic, cultural and political attacks. The attacks were so numerous and dramatic that paralyzed the nation and induced semi-permanent state of cognitive dissonance resulting in learned helplessness. This is why America will not stand up and defend itself against this ongoing tyranny and coup against the American people and our culture as well as our constitution. 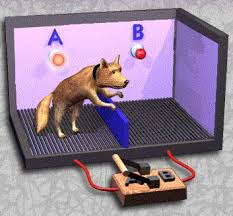 Martin Seligman’s Learned Helplessness experiment tells us all we need to know. Many Americans have engaged in a form of willing learned helplessness in which they allow themselves to become conditioned to the notion that their personal actions cannot protect them from life’s challenges. This is a precondition of being a good little sheep that this administration is pleased to have as their subjects. Of course, many Americans also engage in a form of cognitive dissonance in which people engage in the practice of self-delusion. In the case of cognitive dissonance the strategy is simple, simply deny the paradigm shift and the increasing level of threat that one is facing.