It has become increasingly obvious that the corporate controlled mainstream media exists to demoralize the public by cherry-picking stories that favor a narrative that promotes victimization.

Incidents that are in the minority are amplified and with purposeful repetitive selection to give the impression that the conditions and circumstances surrounding a particular narrative are in the majority.

I have observed the effect that mainstream narratives have on both the collective and individual level, and the ferocious intensity with which people are convinced that the world that they read about has a one-to-one correspondence with a reality that they believe exists right outside their front door.

One need not look any further than the ocean of mask wearing individuals walking about in public, convinced that the breath of their neighbor or fellow pedestrian is a weapon of mass destruction.

The media has purposefully promoted the concept that those who do not wear a mask are an existential threat to you and your family.

According to them, you are a victim to their callous behavior; that ultimately freedom loving people who refuse to wear a mask are a threat to society.

This is intentional, for as you have been victimized you will willingly forgo any of your freedoms for a guarantee of safety.

Oh, and for good measure, the media will add that they are probably Trump supporters and thus COVID-19 deniers, a tactic sure to enrage the reader even further and a blatant effort to steer the reader politically.

While the fake pandemic is a great example of the media’s role in victimizing its audience, this tactic has been deployed for long before then, primarily for the promotion of a political, racial, and gender divide as part of the effort by those at the top to divide and rule over the population.

As the attention span of the average reader has shrunk, the media has focused its energy on manufacturing loaded headlines.

For the most part, it is the headline exchanged between people who do not have the time to read the content but want to lend credence to their own perspective on an issue.

A heavy emotionalized headline will do just that, and using technology you can fire that headline in every direction like a machine gun.

These headlines are thusly shared rapidly via text messaging or as a post to timelines on the various social medias.

As the world is currently filled with an army of social justice warriors (SJW), so too are their timelines filled with selective headlines that emotionally emphasize the severity of the issues they feel they are valiantly fighting for or against.

Reading through the cherry-picked and heavily manipulated headlines on mainstream media news websites, we can see the reoccurrence of common themes: everyone is a racist, everyone desires to keep women and minorities down, members of the LGBT+ community are in danger, and COVID-19 is killing everyone, everywhere, at every moment. Also manipulated are the pictures that accompany the stories. Normally, these are selected in ways that will further the psychological impact of that which the article is trying to convey.

A story about Joe Biden making gaffes will be accompanied by a picture of Joe Biden looking confused. A story about COVID-19 will show covered gurneys surrounded by people in hazmat suits.

A story about racism will show pictures that emphasize the narrative, such as a picture of people in robes typically worn by the Klu Klux Klan.

I have even seen stock photography of young white men holding torches, mouths open as if yelling, with a headline suggesting they were white supremacist Trump supporters.

With these elements combined tactically, it should be quite obvious that we are not confronted with organizations that seek to inform us but instead to propagandize us along a divide, and within that divide they seek to victimize and demoralize us.

The divides are many, from political to race right down into gender with there being radical subdivisions as we have been introduced to various complexities related to gender and further complicated by what we are told is a biological misunderstanding, with a narrative that is going so far as to try and alter our own perceptions of our own gender biology.

J. K. Rowling has been incessantly attacked for a seemingly innocent defense of what she considers to be the definition of a biological female, something that she has lived and identified with her entire life. 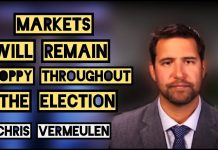