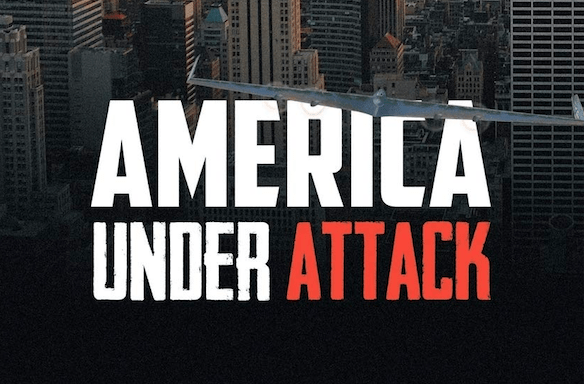 Democrat’s 2020 Election Strategy is really a COMMUNIST PLOT fomenting violent insurrections in sanctuary cities and states as well as a planned coup d’état to overthrow the American Republic.

*Dismantling the United States of America is much more difficult and complicated
than any of those previous nation-destroying enterprises of the last 3 centuries.
Hence, the International Banking Crime Syndicate that funded those national
cataclysms are using every strategy and scheme, method and machination necessary
to trigger the free-fall collapse of the American Republic in 2020 and beyond.

The Democrat’s primary 2020 election strategy ought to be obvious to everyone by now.  Likewise, their main MO is becoming more evident by the day.

With the collusion of a subversive Deep State, the seditious Democrat Party is determined to transform every major city in the USA into dystopian, post-apocalyptic wasteland by way of:

These are the time-tested ways of destroying societies and nations which have always worked like a charm throughout all the previous color revolutions … … … but will not be successful today because the Patriot Movement is well aware of them.

Nevertheless, at this late date, it’s crucial to understand that it’s not just about winning the 2020 POTUS election by ANY MEANS NECESSARY for the Democrats, it’s about their explicit intention to terminate the American Republic altogether.

Toward that end, the treasonous Democrat Party is willing to carry out any type of operation or attack on the American people in order to topple President Trump, remove his entire administration and overthrow the U.S. Federal Government.

However, the real goal of this “COMMUNIST PLOT” is to forever eliminate the Patriot Movement.  For where there live patriots in great numbers, there can be no totalitarian communist regime as planned by the NWO globalist cabal for the USA. 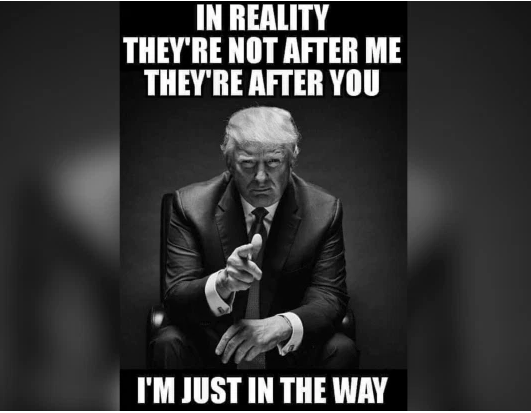 This ongoing clandestine plot to collapse the American Republic is a highly complex and convoluted criminal conspiracy that has multiple components some of which are described in the following important exposé:

Now, what do we do?  What can the Patriot Movement do to thwart this extremely dangerous COMMUNIST PLOT?

The size and scope of the international criminal conspiracy necessary to execute this intensifying color revolution — what is essentially the Left’s Purple Revolution — is such that there now exists a massive digital record of communications between the countless co-conspirators.

Similarly, there exists an extensive audit trail of the myriad payments required to fund this massive conspiracy by Soros & Sons (who are only bagmen for the Rothschild Banking Crime Syndicate).  Without LOTs of money and an efficient means to communicate, such a traitorous enterprise could never have gotten this far.

For example, the amount of close coordination and funding necessary to pull off just this one small black operation can be quite considerable: “Chicago police have confiscated 14 buckets of bricks placed on the ground throughout areas where protests were planned.”  But the good news is that there are records, both digital and financial, of every aspect of that op.

With this understanding, it’s easy to appreciate how the US Intelligence Community has the goods on every single one of the communist co-conspirators from the very top of the New World Order globalist cabal to the BLM terrorists, AntiFa assassins and SUNRISE anarchists on the streets.  (Hence, we wonder why very little action has yet been taken unless law enforcement is giving more perpetrators much more rope to hang themselves.)

Given that the Trump administration has access to all of that very telling digital data and payment information, apprehending the criminals ought to be a slam dunk.  Prosecuting them all for “rebellion or insurrection” ought to be just as easy.

Curiously, thus far Team Trump has taken a uniquely laissez-faire approach to all this devastating mischief-making.  Very few street thugs have been arrested since the very beginning of the fabricated race war; and not a single VIP has been detained since the coup against the POTUS was first launched on Election Day of 2016.

KEY POINT: Soon the American Republic will reach a point of no return where it concerns societal violence and destruction spiraling out of control.  If law and order is not re-established with all deliberate speed and great force, the communist agents of chaos and conflict will only push this country to the brink of war.  However, the NWO globalists and revolutionary leaders of the Left will only push the civil war button when they know they are guaranteed a successful outcome.

CAVEAT: There are several pieces to this communist takeover puzzle that must be correctly understood if they are to be effectively neutralized.  Some of them are much more vital to a successful communist plot than others.  For example. the anarchic “Defund the Police” movement represents an integral part of the Left’s blueprint to completely take over after destroying the sanctuary cities. See: OPERATION DEFUND POLICE: A Cultural Marxist Conspiracy to Destroy Law and Order in America

It’s of paramount importance to understand that this transparent COMMUNIST PLOT is taking place against the backdrop of OPERATION COVID-19 by extremely purposeful design.  That’s exactly how the globalists and Democrats have set this takeover scheme up.