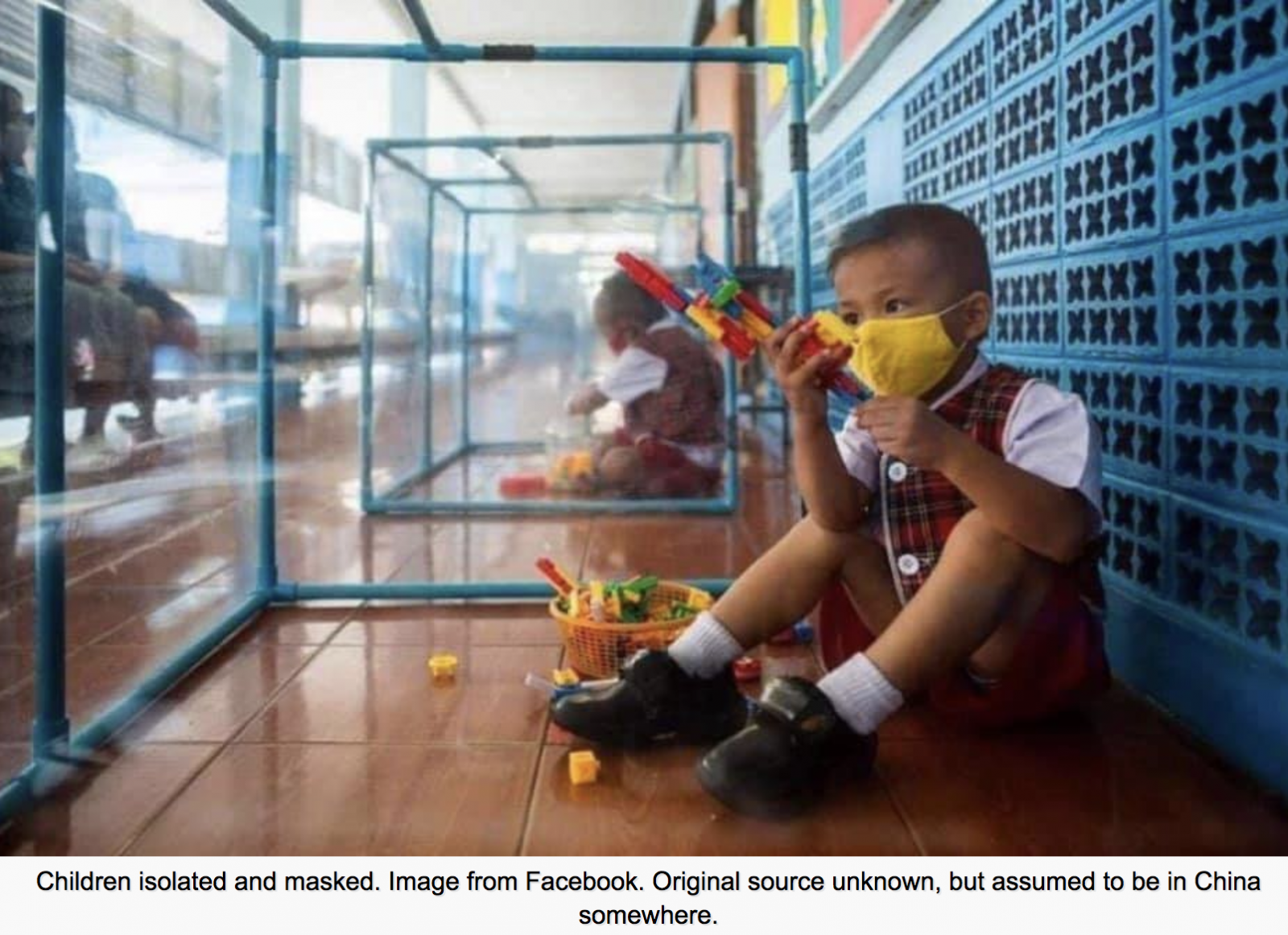 In a previous article, we published the research of Civil Rights Attorney Leigh Dundas on the origins of “social isolation” techniques which she found to be traced back to torture techniques used for decades by the the CIA.

Here are the highlights of what she revealed:

Here are some lesser known facts about social distancing and isolation:

To read her entire investigation along with references backing this up, see :

Children Have 0.00% Chance of Dying from COVID but are Harmed for Life by Social Distancing, Which has its Roots in CIA Torture Techniques

Scroll down to the section titled: Social Isolation is a Human Rights Violation on par with Torture and Other War Crimes

Next Phase: Involuntary Quarantines in Social Isolation  “Rooms” or “Shelters”

The next phase of social isolation in the name of COVID measures will be involuntary quarantines in places that have social isolation rooms, which are basically the same as solitary confinement punishments used for criminals in prison or military camps.

This is not currently happening as we end the first phase of the COVID Plandemic in the United States. But sources around the world make it clear that these plans for involuntary quarantines are in place for Phase 2 when it is announced later this year that the “second wave” of COVID has arrived.

Last week, New Zealand Health Director-General Dr. Ashley Bloomfield announced publicly that all new “cases” (meaning the person received a positive COVID test result) of COVID are “to be managed in a quarantine facility,” and this includes “others in the household.”

Interestingly, New Zealand Prime Minister Jacinda Ardern just announced that the scheduled elections for next month have now been postponed due to increased cases of COVID, which simply means they are now testing more people with the inaccurate COVID tests to come up with more positive cases to justify more government intrusions into the lives of their citizens.

In Canada, Dr. Theresa Tam, the Director General of the Canadian Centre for Emergency Preparedness and Response, is warning citizens, much like CDC Director Dr. Robert Redfield is here in the U.S. (see: The CDC is Planning for Massive Deaths this Fall), that things are going to be much worse this fall. (How could they possibly see into the future??)

For many years now, Dr. Tam in Canada has publicly stated that in pandemics the Canadian government has the right to arrest people who are non-compliant and quarantine them involuntarily.

In a Liberty Talk Canada video of August 8, 2020 (which has since been removed by YouTube), Odessa Orlewicz reports that isolation chambers for “suspected” Covid19 infected patients are being built and operated in Canada in preparation for a new general lockdown she believes will happen in the Autumn of this year, 2020.

She strongly advises that this will involve the forcible extraction of people from their homes into detention and containment centers and the separation of children from their families under the pretext of the need for “quarantine” in a new “outbreak.”

She also reported that a whistleblower at SNC Lavalin, a major Montreal-based construction company, contacted Susan Stanfield Spooner, the leader of the Coronavirus Lockdown Protest, Vancouver, BC (April 17, 2020).

The company allegedly contracted with the Canadian Government to build these social isolation rooms is Onyx, Inc.

Just in case this page on the Onyx website disappears, here is a screen shot. 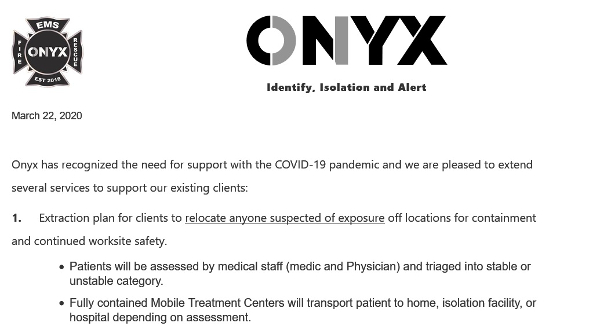 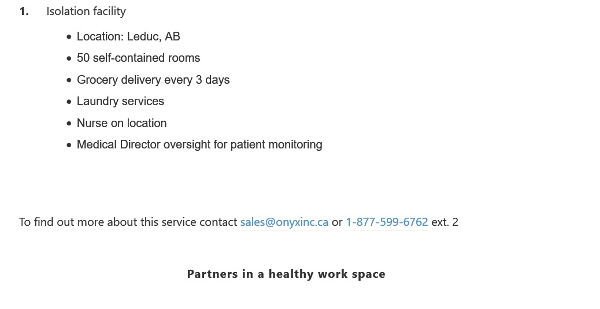 In the United States, the department responsible for coordinating the quarantining of people during pandemics is FEMA (The Federal Emergency Management Agency).

They refer to it as “Non-Congregate Sheltering.” Here is the FEMA page:

So far, all “Non-Congregate Sheltering” for COVID cases has been primarily in hotels dedicated for this purpose. In California, for example, even many of the homeless are currently being sheltered in hotels, thanks to massive government funding being released in the name of COVID.

If there are federal government contracts that have been awarded to businesses constructing these social isolation rooms, they have done a pretty good job of concealing it so far, as I have not been able to find them.

If anyone working with one of these companies would like to contact us with details on this operation, we will keep your identity anonymous. If you contact us securely using an untraceable connection (which we highly advise!), please try to supply photos to back up your claims, and any copies of documentation regarding these contracts would also be helpful.