by Ellie Cambridge, The Sun: 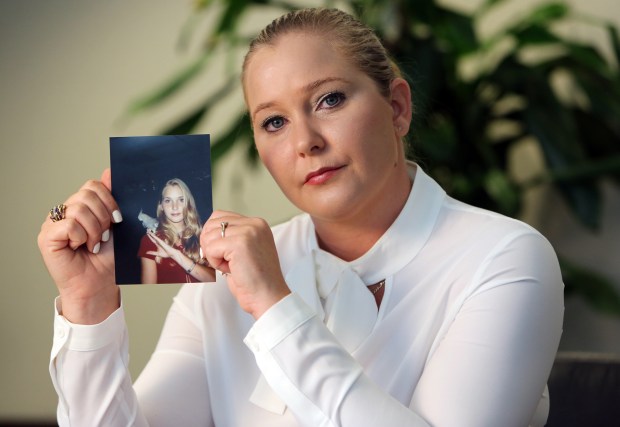 JEFFREY Epstein forced an underage girl to have sex with Prince Andrew to gather incriminating evidence to blackmail him, bombshell court documents claim.

The convicted paedophile allegedly told teenage Virginia Giuffre “to give the Prince whatever he demanded”, the Daily Mail reports.

⚠️Click here for the latest news on Ghislaine Maxwell

The court papers claim: [He} “required [her] to report back to him on the details of the sexual abuse.”

They added Epstein did this with other powerful figures to “ingratiate himself with them for business, personal, political and financial gain, as well as to obtain potential blackmail information”.

The claims comes as a Royal insider defended Andrew, describing the allegations against him as “a straight forward untruth, no ifs, no buts”.

The former socialite is accused of being Epstein’s “madam” and recruiting young girls for the disgraced financier.

Unsealed court documents details how she was asked what Prince Andrew knew about Epstein, with her replying: “He would know a lot of the truth.

“Again, I don’t know how much he would be able to help you with, but seeing he’s in a lot of trouble himself these days, I think he might, so I think he may be valuable.”

The Sun Online has gone to Buckingham Palace for comment.

Prince Andrew has been accused in the documents of being the “powerful individual” disgraced financier Epstein’s “sex slave” Ms Giuffre was forced to have sex with.

The royal hasn’t offered a comment since his old friend was arrested and charged with grooming and trafficking underage girls for Epstein.

Maxwell, 58, has been a close friend of the prince for about 30 years.

Maxwell is awaiting trial after being charged with a series of child grooming charges.

Hundreds of pages of documents have been released after a New York judge unsealed them as the case continues against  Maxwell over her role as Epstein‘s alleged “madam”.

Maxwell is alleged to have trafficked Ms. Giuffre to Prince Andrew when Ms. Giuffre was a minor.

Ms Roberts Giuffre graphically described participating in trysts with the heiress – along with other young girls – in New York, New Mexico, Florida and France.

She claimed Maxwell had sex with underage girls “virtually every day” she was around her, describing the socialite as having “very large natural breasts.”

Her legal team repeatedly claimed the files from her seven-hour, 418-page deposition, as well as correspondence between her and ex Epstein, should remain sealed.