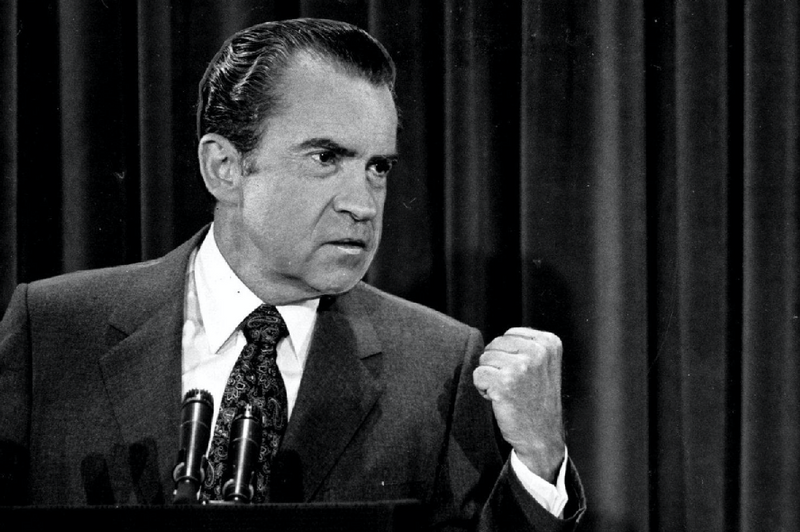 The last remnants of the gold standard were abandoned in August 1971, when President of the United States Richard Nixon decided to close the gold window (foreigners couldn’t redeem dollars for gold at the Treasury anymore). From 1945 until 1971, the U.S. dollar was backed by gold, and served as the world reserve currency under a system called Bretton Woods.

The “Nixon Shock”—as the unilateral suspension of Bretton Woods is often referred to—brought about a sea of change in economies and societies around the world, because from that moment on all national currencies stopped having an anchor. Fiat currencies could be created boundlessly. To get an understanding of the changes since 1971, I decided to interview the gentlemen behind the website “WTF Happened in 1971?”

If you don’t know this website, make sure to have a look. On the homepage you will find a collection of charts that all show a remarkable change around 1971. The founders of the website are Ben and Collin from the U.S., and I truly enjoyed talking to them. (Most of the charts in this article are sourced from their website.)

Jan: So, who are you guys? What is your background?

Ben: My background is very diverse. I have lots of interests, lots of hobbies. I have 3D graphics background. I don’t have an economics background, but as of recently I got very interested in economics. I’m the type of person that when I get into something, I tend to go all the way and learn as much as possible. We obviously found this rabbit hole and most of it’s from our study of money and monetary economics.

Jan: How did your interest in economics begin?

Jan: Same questions for you Collin.

Collin: So, we’re both amateur Austrian economists. That would probably be how we define ourselves. Neither of us have any formal education in finance, or business, or economics, which in a lot of ways has actually been to our benefit. We just like to ask questions, and we—as we continued to ask questions—identified what we think are the first principles of economics. We realized that that’s the best way for people to learn, by asking questions first rather than starting with a conclusion.

Jan: What made you launch the website about economic developments that started in1971?

Ben: Through learning about the history of money, we discovered the Nixon Shock and the ending of the Bretton Woods agreement. If you look at the Wikipedia page, for example, on the Nixon Shock, you’ll see a few of the charts that are on our website. I thought these charts are fascinating, they show an important fundamental change in our society. It had along with it some interesting data that exploded in that time [1971], and we started collecting more and more of these charts. We wished we had a repository where we could just put all these charts to point people to. And the meme was born. It was Collin’s idea to just ask the question: what the f*ck happened in 1971?

Jan: What do you say are the most significant developments that have occurred since 1971.

Collin: Monetary expansion—but we get a lot of criticism on this. People say, “oh you’re not taking into account many of the regulatory changes, or the socio-cultural changes that happened around that same time period, that caused some of these second and third order effects that you attribute to this one 1971 data point.” If you were to sit down and talk with us, we’d tell you that the story goes back much further. We would trace it back to 1944 and 1933, and we would look at the Great Depression in America in 1929. We’d look at the creation of the Federal Reserve in 1913, and then ideally, we’d go all the way back to the birth of fiat currencies in the United States before the U.S. was even a country. We’d look at the early fiat experiments, we’d go back to the bi-metal standards, we’d look at the process of coin clipping under the feudal lords. The story obviously doesn’t start in 1971, but certainly that’s when there’s an interesting inflection in the data that you can point to and say: “look what happened here, everything went crazy.”

We attribute the expansion of monetary policy to gross malinvestment. Malinvestment that’s perpetuated and unable to be liquidated, in such a way that it creates second and third order problems in our society that are exacerbated as this bubble continues to be expanded, and the can of the liquidation of malinvestment is kicked down the road.

Jan: On your website, the first chart I see is about inequality. How does what you just said ties into inequality in society?

I have a chart that shows at different wealth levels a car is what percentage of your wealth. For people having a low income, their car makes up a significant share of their assets.

But a car is a depreciating asset. However, the wealthy hold 95 percent of their wealth in financial assets that inflate because of monetary expansion, and their car constitutes only a tiny part of their wealth. Stocks are very disproportionately held by the wealthiest. Something like 10 percent of the population holds 84 percent of all stocks. These dynamics have drawn society apart and hollowed out the middle class.

Jan: At the moment there’s a lot of social unrest in the United States. Do you think this is related to that the topic we’re discussing?

Collin: People don’t internalize why, but they look around and they understand that things are wrong. They understand that intuitively. Being of our generation [millennial], or even the younger that enter the world, that have no exposure to the “financial asset inflation ponzi,” they’re starting off their lives at a disadvantage.