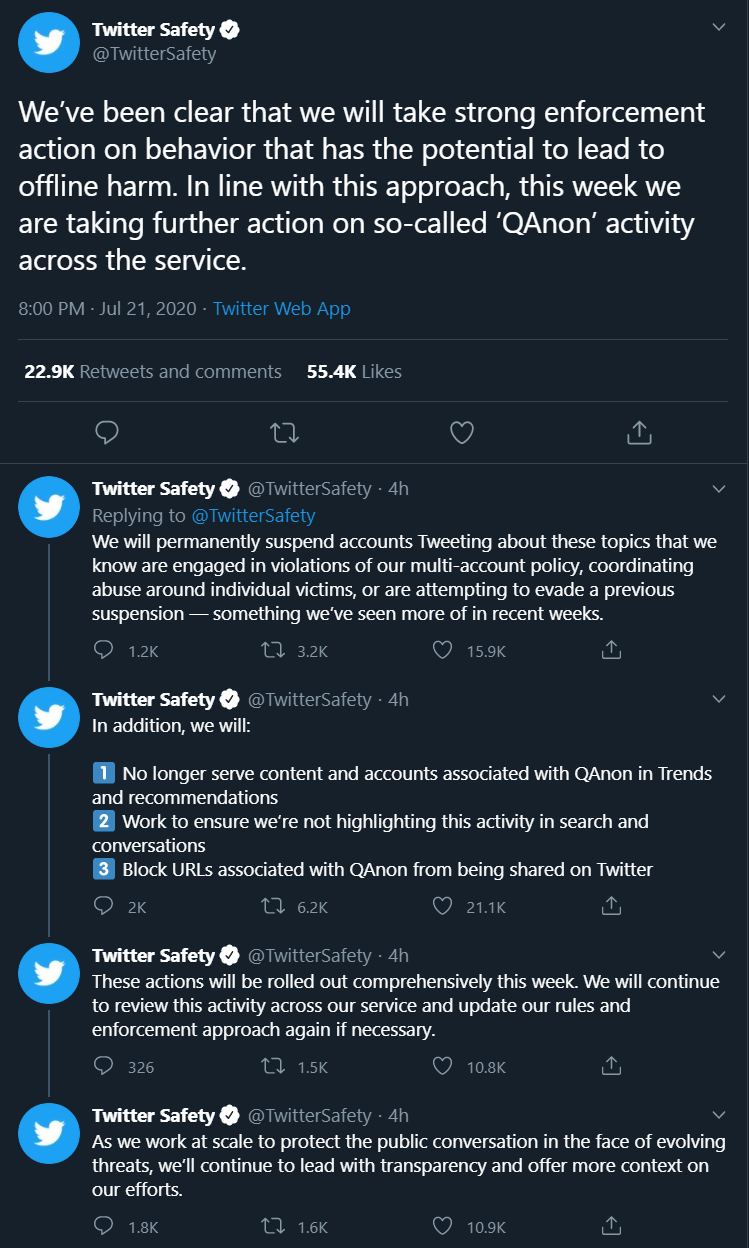 The announcement comes mere days after Chrissy Teigen deleted over 60,000 tweets, a handful of which contained a number of very questionable posts concerning minors, after having something of a meltdown online. 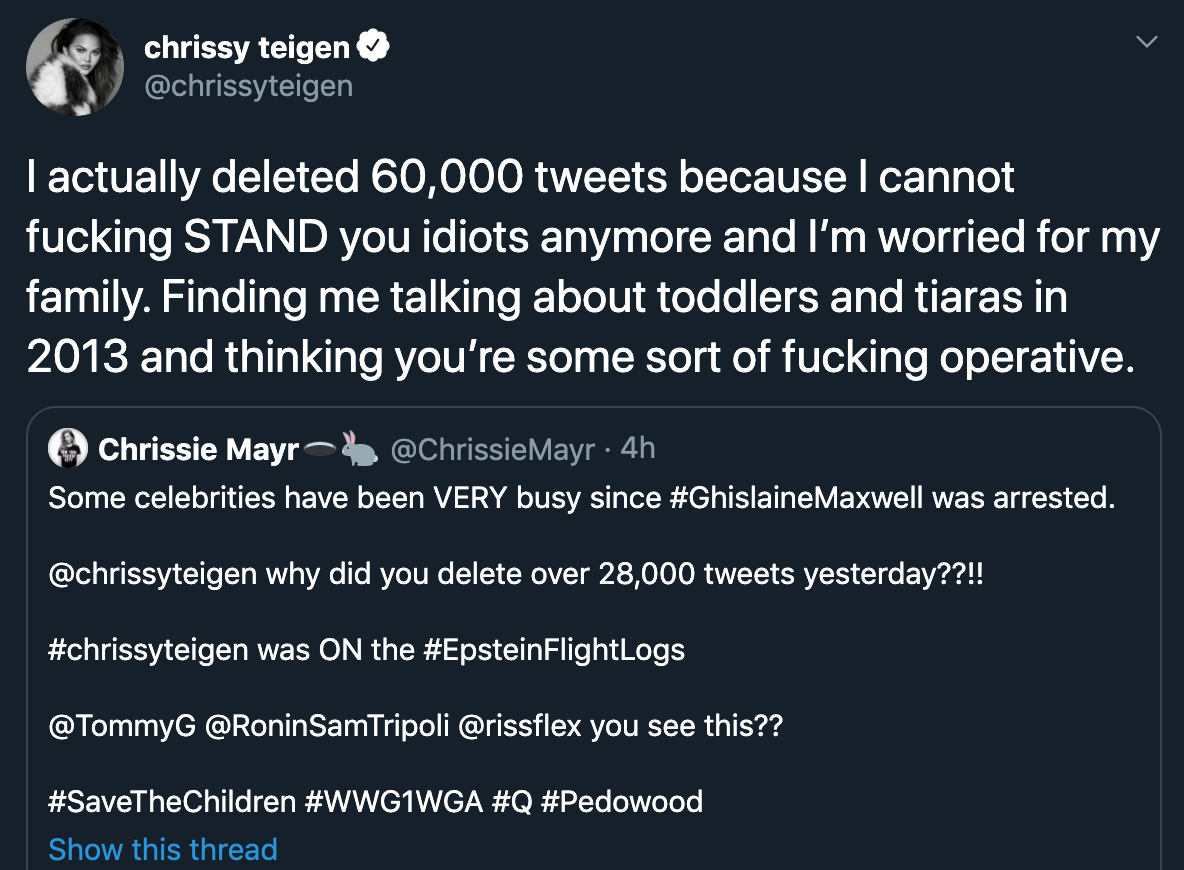 Here’s a sampling of the posts that people were (rightly) questioning due to their content: 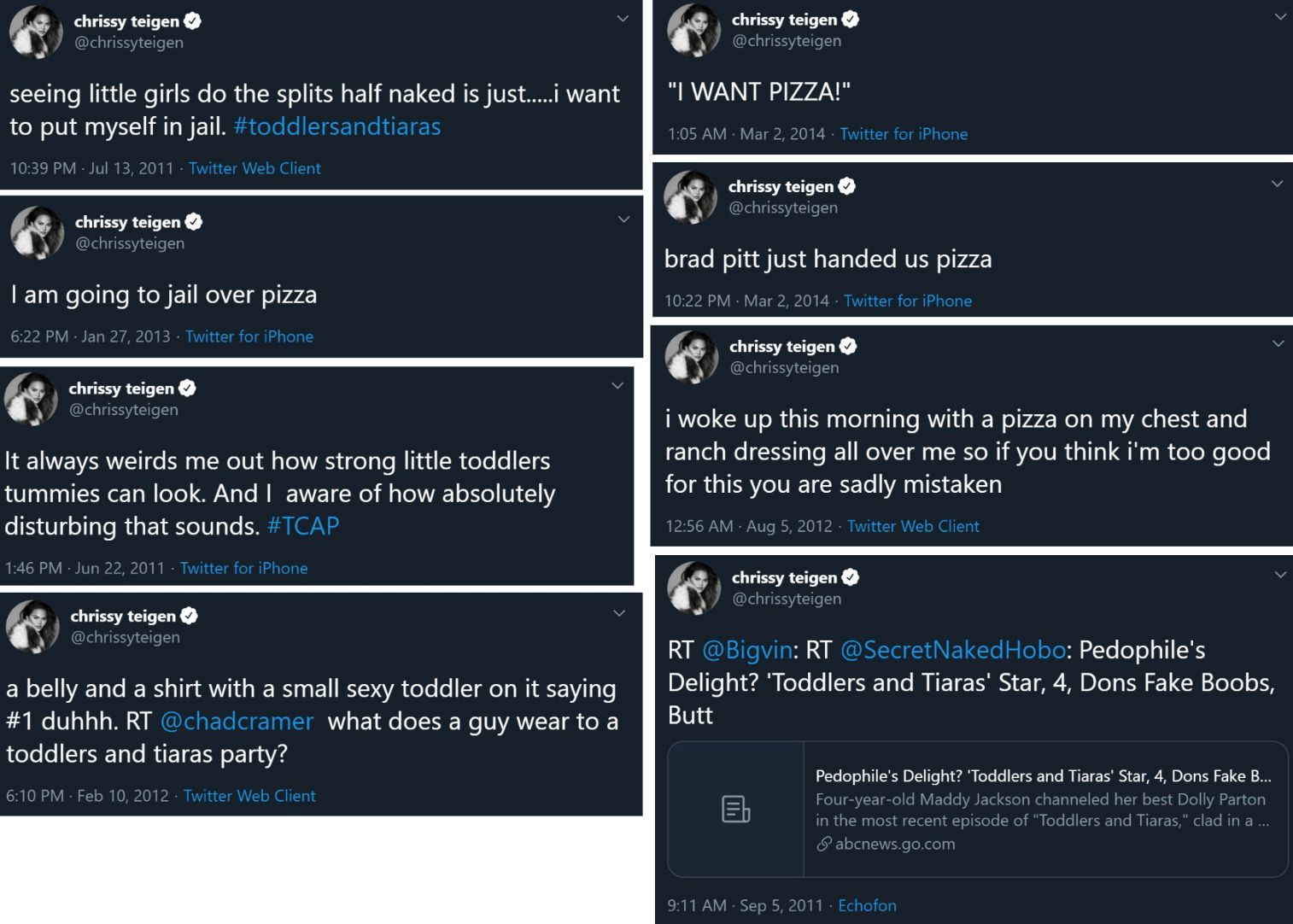 So now twitter labels people being rightly concerned over these, frankly, disturbing and distressing tweets, as “harassment.” So Teigen gets to put this kind of crap out into the world, but you don’t have the right to say anything about it now, at least according to Twitter.

I’m sure, positively sure, that this move wasn’t coordinated between Teigen and @Jack at all. No, it’s just a total coincidence that the baseball-cheeked harpy suddenly screeches about harassment, and then @Jack swoops in to whiteknight and censor Q all in one fell swoop. Totally organic and uncoordinated.

Of course, as we all know by now, few days later twitter would be hacked and a number of POTUS-aligned accounts would be unable to access their accounts for some time.

Q would later confirm the existence of the leaked moderation tools Twitter used to blacklist and censor both accounts and entire topics, to prevent them from trending: 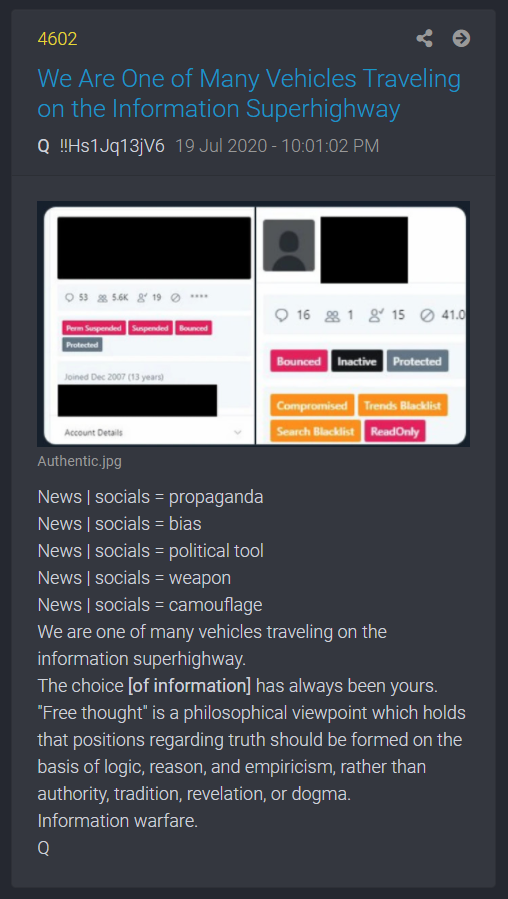 This would confirm the suspicions many Anons have had about Twitter for a very long time, and I have to wonder if the publishing of these tools lead the likes of Jack to just go “screw it” and drop all pretense of being a neutral party.

In the wake of this new move by twitter, NBC’s resident sunken-eyed #Bugman Ben Collins reported with glee that 7,000 Q-related accounts had already been banned, and that 150,000 others were being restricted as a result of this new and biased policy. Read between the lines and you can practically hear him salivating at the prospect of more QAnon bans in the near future.