President Donald Trump on Saturday defended his decision to commute the prison sentence of his longtime friend, Roger Stone, and called for the extradition of another Russiagate figure: dossier author Christopher Steele.

“This man should be extradited, tried, and thrown into jail,” tweeted, referencing a story about a British court ruling against Steele in a lawsuit in London.

“A sick lier [sic] who was paid by Crooked Hillary & the DNC!” Trump continued. 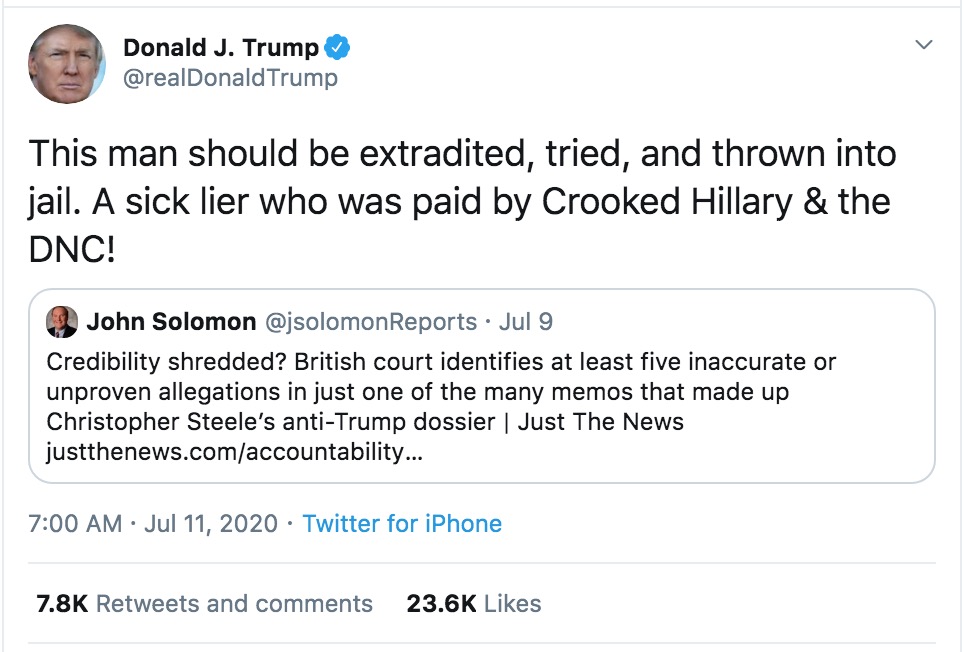 Steele, a former MI6 officer, wrote the infamous report that accused the Trump campaign of engaging in a “well-developed conspiracy of cooperation” with the Russian government to influence the 2016 election. Steele’s dossier also alleged that the Kremlin had blackmail material on Trump in the form of a sex video of him with prostitutes in Moscow in 2013. (RELATED: British Court Rules Against Christopher Steele, Orders Ex-Spy To Pay Damages Over Dossier)

The FBI relied heavily on the dossier in its investigation of the Trump campaign and considered him a confidential human source (CHS). The bureau also extensively cited Steele’s information in applications to conduct surveillance against Carter Page, a former Trump campaign aide.

But the dossier has been severely undercut in the past 18 months.

The special counsel’s report found no evidence of a Trump-Russia conspiracy. A Justice Department inspector general’s report said that Steele’s primary source disavowed Steele’s description of events in the dossier. The report also said that the FBI had evidence that Russian intelligence operatives fed disinformation to Steele.

Trump did not specify what crimes he thinks Steele is guilty of committing. But two Republican senators, Chuck Grassley of Iowa and Lindsey Graham of South Carolina, referred Steele to the FBI in January 2018 for possible criminal investigation over his statements to the FBI. They asserted that Steele may have lied when he denied to FBI agents in October 2016 that he had shared information about his Trump investigation with reporters.

Steele acknowledged in 2017 in a British court filing that he met in September 2016 and October 2016 with journalists from The Washington Post, The New York Times, ABC News, Mother Jones and Yahoo! News. 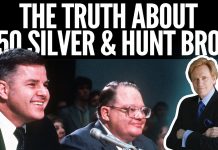