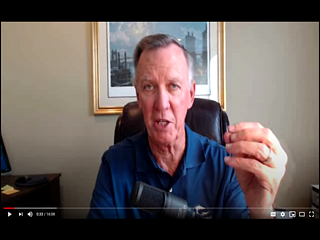 In the newest precious metals update, Tom Cloud discusses the platinum market, U.S. Dollar troubles, and is your money safe in banks.  Tom says that more individuals and companies are moving some of their cash out of banks and into physical metals than he as ever seen before.  Americans are becoming increasingly worried about their ability for the FDIC to insure their money at banks.

Stephen Roach, one of the world’s leading authorities on Asia, is worried a changing global landscape paired with a massive U.S. budget deficit will spark a dollar crash.

“The U.S. economy has been afflicted with some significant macro imbalances for a long time, namely a very low domestic savings rate and a chronic current account deficit,” the former Morgan Stanley Asia chairman told CNBC’s “Trading Nation” on Monday. “The dollar is going to fall very, very sharply.”

His forecast calls for a 35% drop against other major currencies.

Tom told me during our phone chat that he believes the industry will suffer from even more substantial shortages of physical gold and silver bullion products when the next BIG WAVE of buying hits the market.  I totally agree.  Tom stated that during late March and in April, he saw more new clients purchasing physical gold and silver than he has seen in quite a while.

The biggest issue that concerns Tom and some of his clients is the safety of their FDIC insured money in banks.  Individuals and companies who hold a significant amount of funds in banks are becoming worried that the FDIC will not have the funds to protect customers when there is a RUN on the BANKS.  I believe this is coming in time.  Especially when the U.S. Dollar gets into trouble.